Prehistoric Hot Rod: This 1916 Olds Has A Pontiac Straight 8 And Not Much Else 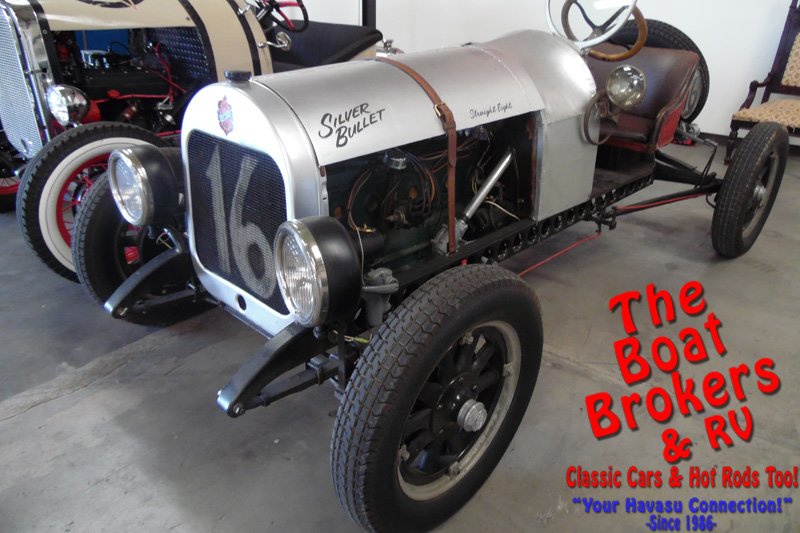 Now this is one of the more interesting hot rods we have run across in some time. It’s also priced to sell and there’s an element of this thing that makes us super intrigued about owning it. What you are seeing here is a 1916 Oldsmobile that has been stripped down, had the frame lightened with “speed holes” and has been repowered by a Pontiac flathead straight eight. There is a gear lever coming up through the floor board so we’re guessing that there’s a three speed manual transmission in there somewhere but it could well be a four speed or something else, too. The rear axle is kind of interesting to us as we’re not sure if it is old or maybe just one of the little Ford 9-inch knock off style units from a Toyota truck modified to work.

Suspension is leaf springs up front and a suicide style transverse leaf in the back. The leather strap holding the hood down is basically considered safety equipment in this case. The seat is a leather trimmed bench that’s about what we would expect.

It does not matter how many forward gears this thing has, it will accelerate pretty well. Top speed may be 70mph but who cares? Judging by the stickers, this thing has participated in the Great Race, that massive old car rally that is kind of like drag week without the drag racing but with all the toughness of racking up thousands of miles in open stuff like this.

Asking price is $15,000 and we bet you could leave with it for less than that. This would be fun to drive around for sure.

RacingJunk: This 1916 Olds has a Pontiac straight eight and not much else 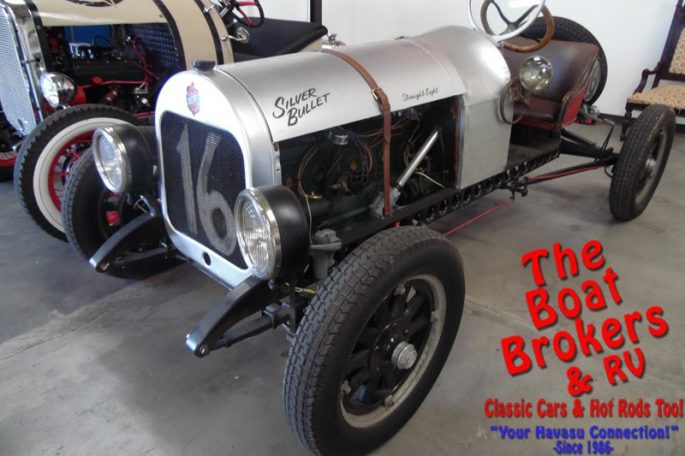 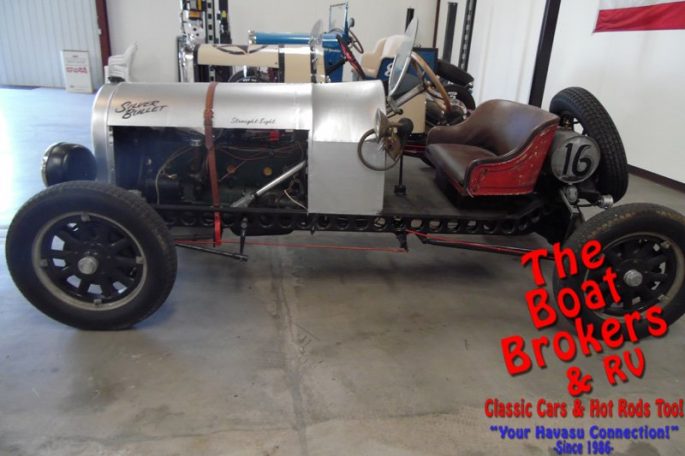 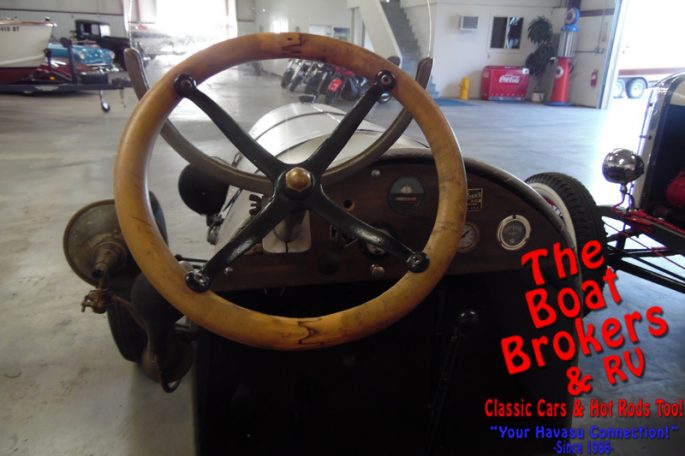 Hennessey Performance Introduces The Hennessey Goliath - LT4 Power, Crazy Performance, 6x6 Option NHRA Insider: A Conversation With A Privateer Top Fuel Team Owner and The Man Who Can Drive Anything

2 thoughts on “Prehistoric Hot Rod: This 1916 Olds Has A Pontiac Straight 8 And Not Much Else”