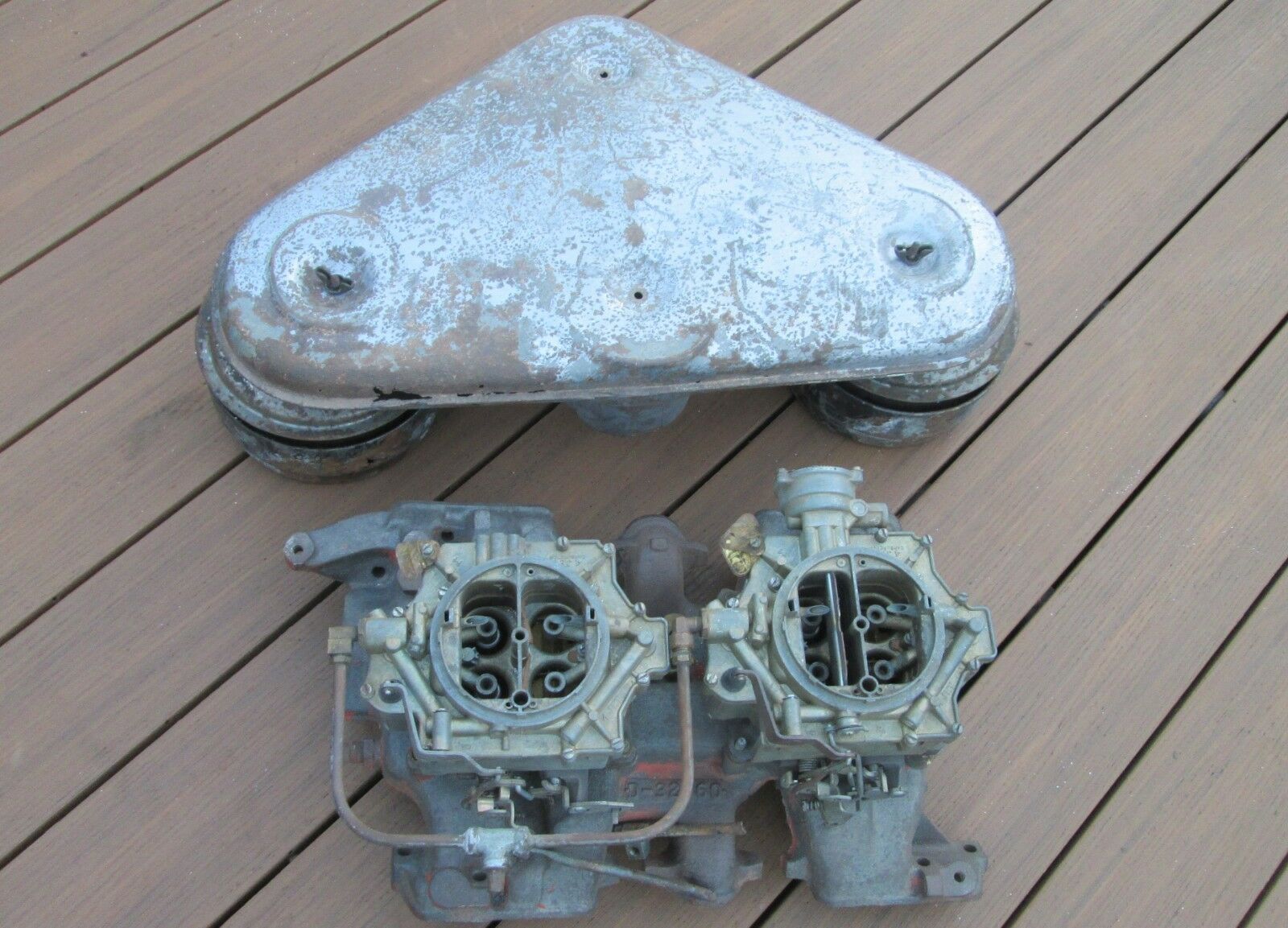 Pontiac was years away from becoming one of the most awesome divisions of General Motors in 1956 but is was then that the first real signs of performance life started to emanate from the brand. Wanting to be more competitive in NASCAR stock car racing, the brass at Pontiac knew they needed to do something and the first part of the equation was making more horsepower. This is why they took the division’s V8 engine and expanded it to 317ci for that model year. With more displacement, and with engineers unbridled from the reigns they had been held back with, they cranked up the induction game big time. That’s what you are looking at here.

This 2×4 Pontiac intake, complete with the proper Rochester carbs and the wing-shaped air cleaner is not just cool looking, it is exceedingly rare. Supposedly 200 cars left the factory with this setup with another couple hundred (tops) being sold as parts or supplied by the company to the NASCAR teams they were sponsoring.

The incredible part about this particular item is that it was taken off an engine Lord knows how many years ago and it managed to stay together as perfectly as it was when delivered. They are even the original carbs on the intake! Think a hot rodder got their hands on this and were going to stick it on an engine project? Something they stumbled on at the junkyard? Either way, it’s cool.

The air cleaner is similar in appearance to the ones that were used by Cadillac and Chevrolet but slightly different in terms of air cleaner placement. We have seen asking prices nearing $6,000 for this stuff before and this guy was less than half of that. We wish we had a Pontiac project to use it on. 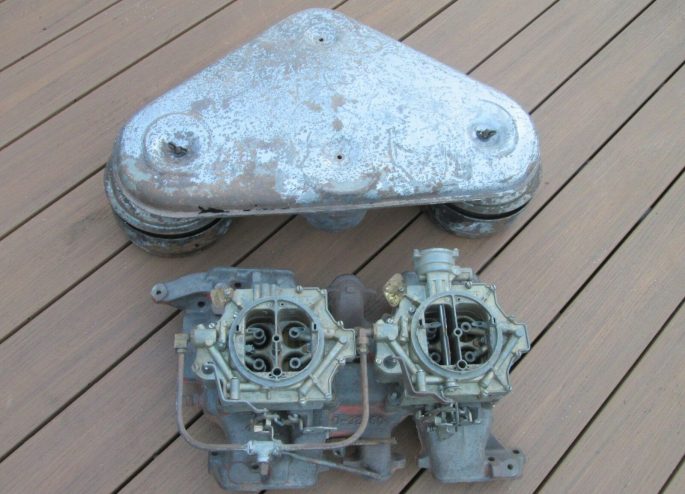 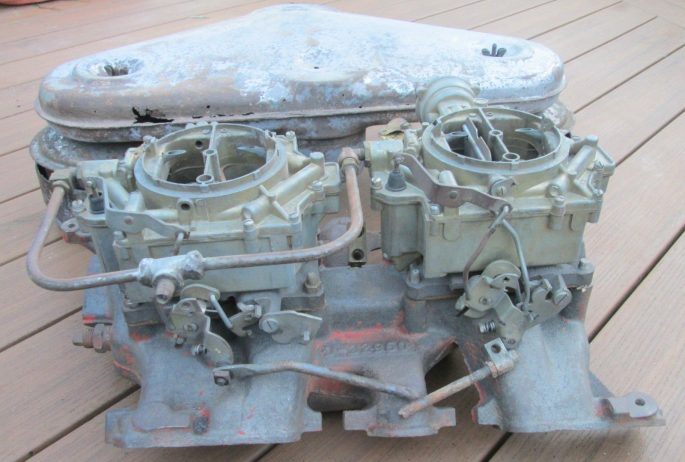 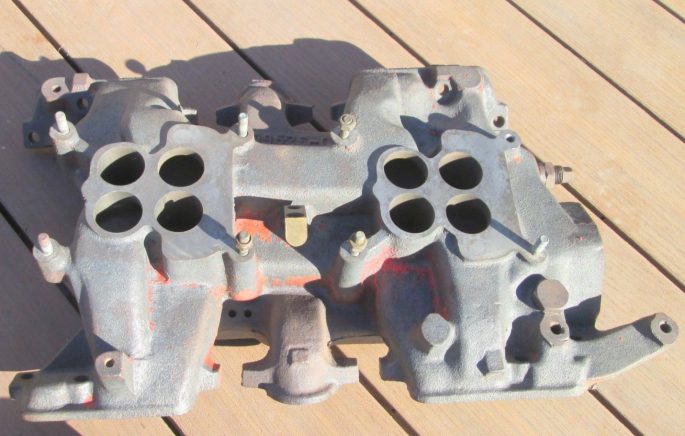 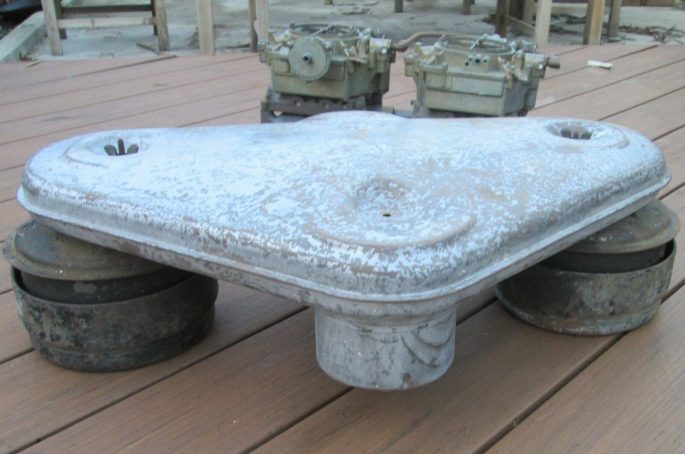