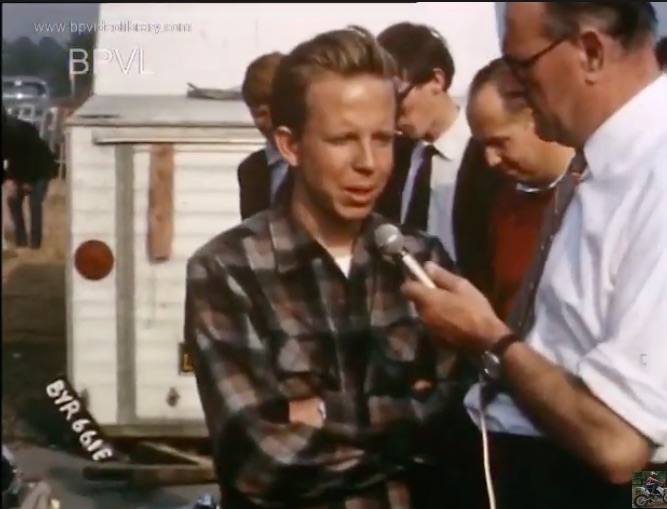 The United States Drag Team and their venture to England in 1964 was a revelation to a country who had just awoken to the prospect of the sport of drag racing. Some of the game’s biggest stars like Tommy Ivo, Don Garlits, KS Pittman, Ohio George Montgomery, Tony Nancy, and others shipped their stuff to England with help and support from guys like Wally Parks and Sydney Allard to run exhibition drag meets at airfields across the country. This film made by Castrol documenting one of the first such “meetings” as the Brits called them, is beyond spectacular. Professionally shot with full color and sound, you’ll see and hear things you may never have before from this period of drag racing.

Ever wondered what a AA/GS supercharged car actually sounded like back then at full tilt? Ever wondered what it would be like to see Sydney Allard, the father of British drag racing interview Tommy Ivo? Wanted to hear Ronnie Sox pounding on a Mercury….yes a Mercury? How about seeing Tony Nancy hauling in a rear engine dragster? Maybe you’ve wondered what the early drag machines of England looked like. It is all here in this wonderful package.

We’d give you the blow by blow but honestly, every second of this video has something to cherish. Maybe it is Garlits being pushed to the staging lanes with Pat and this then very young daughters in tow or watching a tiny, twin Mini engine powered AWD sprinter we have only seen in still photos before actually run.

This is truly history brought to life in a way we have never seen.

3 thoughts on “Incredible Video: This 1964 Film Featuring The United States Drag Team Shows Things We Have Never Seen Before!”