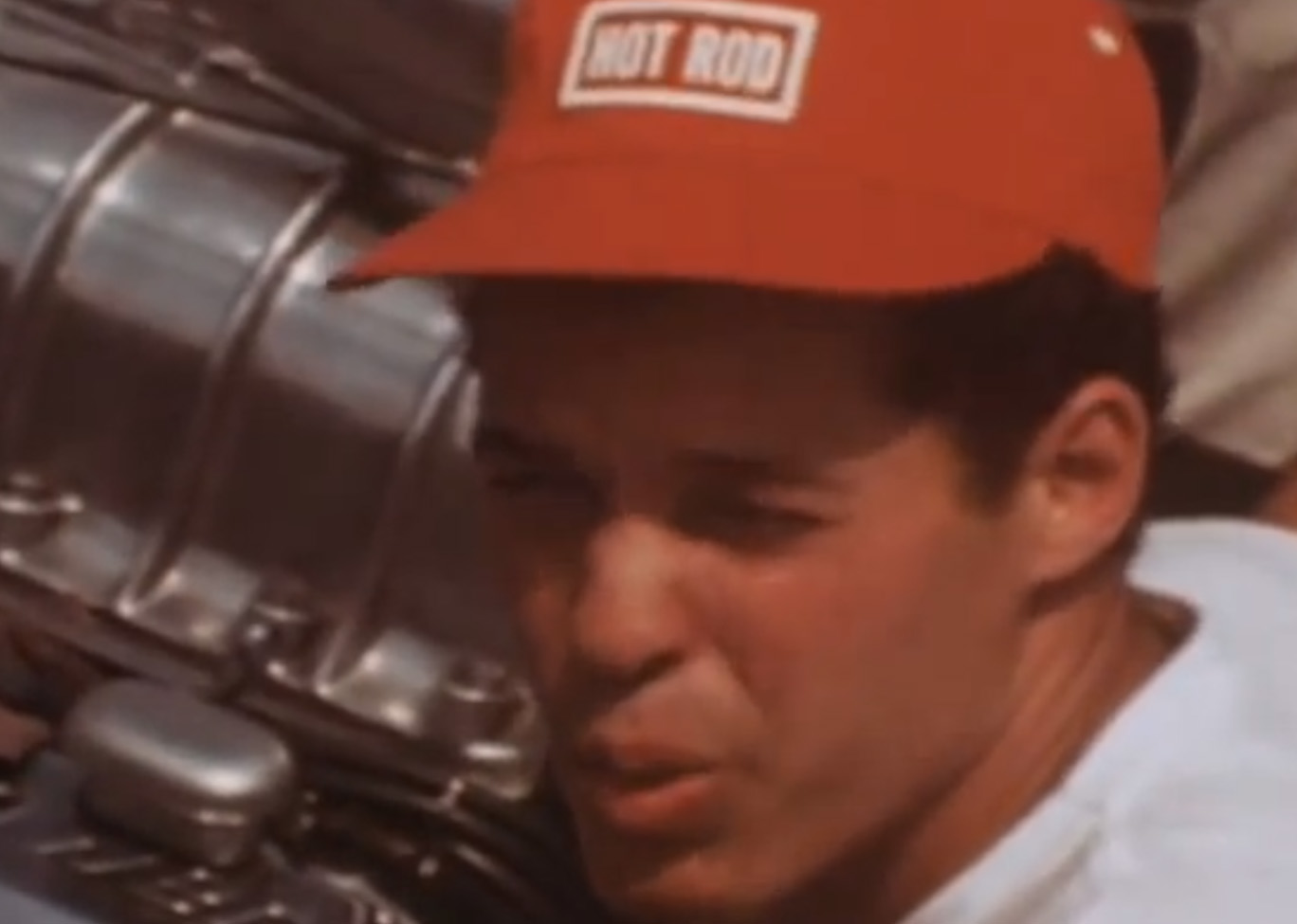 We know that we fall into the “this is the best old drag racing film that we’ve ever seen” trap far too often but the problem is that we see an incredible film that we have never seen before and believe it won’t be topped….only to have it topped by something else the next week. It is a vicious cycle that we hope never ends! This one though will be nearly 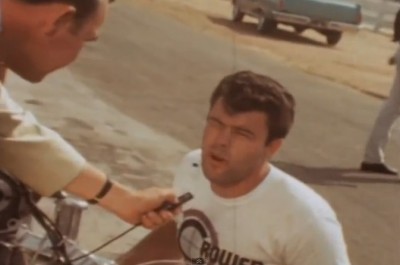 impossible to touch because of (a) the production level is network quality with great resolution and color, amazing audio, and pro level editing and (b) it is the most thorough look into the drag racing scene in 1965 that you’ll ever see. The freaking people that appear in this thing, during the Camelot period in the sport reads like an all time hall of fame list. Filmed at the 1965 Hot Rod Magazine Drags at Riverside, California, everyone who was someone was there.

The Petersen Publishing company funded the film which had a script written by Dick Wells and Tom Medley is listed as a “technical advisor” which probably means that he trailed Enberg around and fed him the information and questions to ask the drivers. Petersen’s empire was booming harder than even his industrious mind could probably have imagined during this time period and the movie shows that he knew how to continue that growth which was to support the burgeoning sport that was helping to drive the sales of his magazines.  Everything about this video is flipping awesome from front to back.

For starters a strapping young Dick Enberg is the host of the production and he does a pretty swell job of it. Enberg went on to have an amazingly long career in network sportscasting and while he’s certainly not a drag racing diehard he comes off as knowledgeable enough in this film to be legit. Over the course of the video he interviews Wally Parks, Hot Rod’s Ray Brock, young drivers named Don Prudhomme, Tom McEwen, Ace McCulloch, and he conducts a fantastic interview with Connie Kalitta. The film looks at 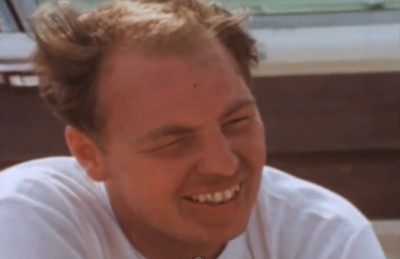 all the classes at the track but concentrates on the fuel cars while educating fans and racing hopefuls on how to get involved and what a day at the races is like.

From start to finish this is a fantastic piece of video and one that we cannot recommend highly enough to fans of old school drag racing. You’ll laugh when you hear Enberg say with wonder that the top fuel cars require upwards of $100 per run down the track! Outside of the drivers interviewed there’s cameo appearances by the likes of Dick Landy and dozens more legends that helped raise the sport to the levels it achieved during that era and beyond. Teams thrashing in the pits are featured, classic tow vehicles like old station wagons, El Caminos, and Cadillacs are show pulling cars into the course and you’ll even see Bob Petersen himself handing out trophies in the winner’s circle.