This 1965 Film Recaps The NHRA Season And Boy Is It Amazing – Color, Sound, Narration, and Heroes! 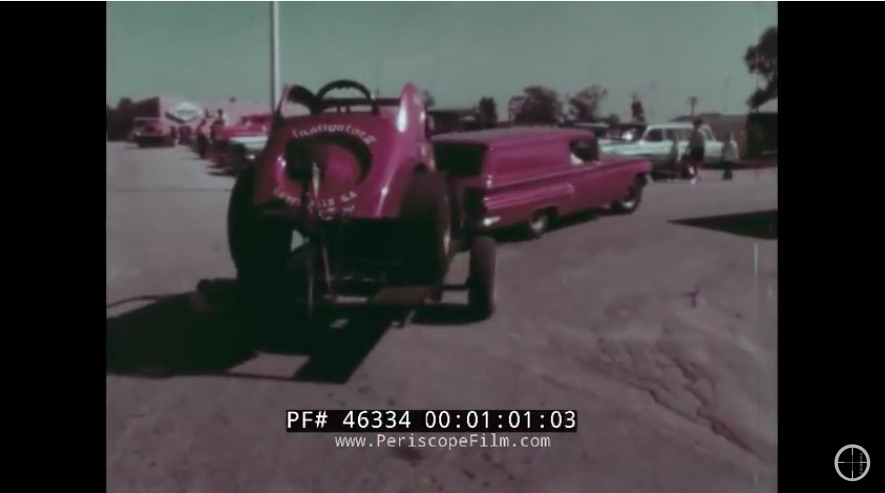 While there are zillions of awesome videos featuring 1960s drag racing on YouTube, there are s can’t few that stand above the crowd. This is absolutely one of them. You are about to watch a professionally made recap of the 1965 NHRA drag racing season and we guarantee that you’ll be smiling the whole time. From the nearly rained out Winternationals to the first NHRA event ever held at Bristol Dragway, to the US Nationals and more, these are the sights and sounds of drag racing nearly 55 years ago now.

The neatest thing about this video is that it shows the final round matchups in every class at each event. It is not just a celebration of top fuel or the major classes, you’ll see who won street eliminator as well! The familiar names are always fun to see but for us, witnessing the people who had a singular blip in the history of the sport is most intriguing. Did some of these guys think about turning professional once they won a national event? We’re guessing a few of them did!

Dig things like Grumpy Jenkins winning in a Plymouth, a world before Linda Vaughn became Ms. Hurst Golden Shifter, and a time when a driver could get his car into the grass next to the strip at Indy. A lot has changed in the world of drag racing since this film was made but there are more than a couple of names involved here that are still very deeply intertwined with the sport.

This is a truly awesome watch.

Video: The FoxJet Was The 1970s Mini-Corporate Jet That Was Set To Change The World, But Didn't End Of The Line: This Video Review of The 1995 Corvette ZR-1 Shows The Pinnacle Version Of The Hot 'Vette

2 thoughts on “This 1965 Film Recaps The NHRA Season And Boy Is It Amazing – Color, Sound, Narration, and Heroes!”