Video: 1987 IHRA Angus Nitro Showdown – It Was A Big Money Showdown In Bristol For IHRA’s Best 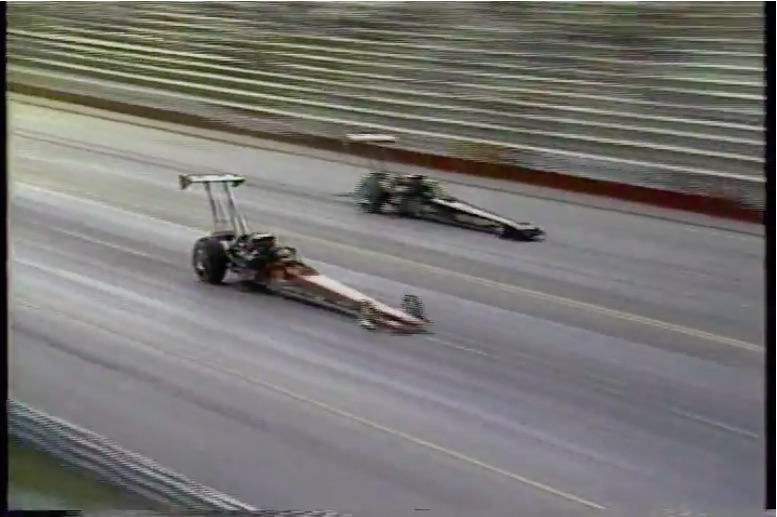 If you love 1980s top fuel racing, you’ll totally love this. You are about to watch the 1987 IHRA Angus Nitro Showdown which was the big money shootout that the IHRA had for their top fuel class back in the day. Just to bring the money end of things up to speed, it paid a total of $25,000 and in today’s world, that’s basically $50,000. This was a HUGE payday for IHRA racers back in the day. The competition? Gene Snow, Connie Kalitta, Dan Pastorini, Michael Brotherton, John Carey, and others. The names are awesome because they represent drag racing legends and some of the guys who were gutting it out in this era, making it race to race on the IHRA tour.

The other neat thing is the fact that this event was sponsored by Angus Chemical who was the largest provider of nitromethane for drag racing in the country for many years. At this point, very little if any nitromethane is actually made in American anymore but someone had their thinking cap on to get Angus involved in this shootout which they were definitely fueling.

The action is called by Bret Kepner and Ted Jones and the scene is Bristol Dragway. You’ll see the track in all of its late 1980s glory. It looks loads different now because of the massive renovation and basically a rebuilding process that happened in the late 1990s/early 2000s but this track has been and will always be an important one in the annals of drag racing.

Classic IHRA action on tap below!