This Video From The 1970 Can-Am Race At Road Atlanta Is Amazing – See The Chaparral Sucker Car In Action! 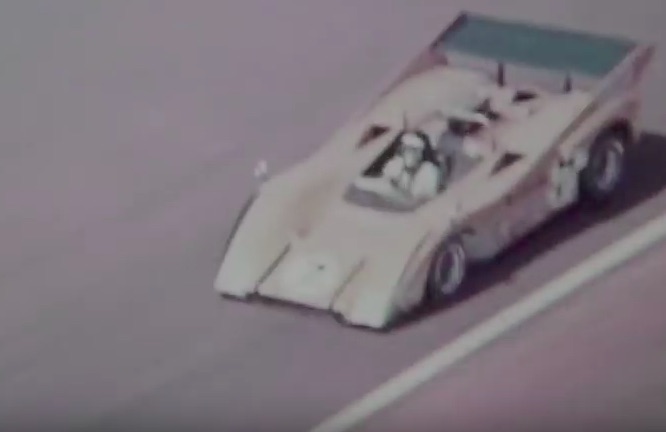 There are cool historic racing videos and then there are things so sublime that you cannot believe you are actually seeing them. This video is the latter. Featuring footage from the 1970 Can-Am race from Road Atlanta you will see and hear things that you normally do not get to. Stuff like the Chaparral “sucker car”, stuff like the screaming big block Lola and McLaren machines that dominated the series. There’s also the playful mention of a small displacement underdog Porsche. While they could be laughed at in 1970 it was not long before the Porsches were absolutely slaughtering everyone that got in their way.

Among the cooler parts of this video is the look at the Chaparral “sucker car”. This is the one that had the snowmobile engine powering multiple fans that were used to essentially create downforce and stick the car to the track. As you will see in this video, it looked awesome and in concept it was awesome but in execution it may have been more trouble than it was actually worth. The system didn’t work for the length of this race and it wasn’t long before the car was retired completely.

This was big blocks, this was beauty, and this was among the most exciting racing in the history of people going fast around corners. This is one of the best Can-Am films we have ever seen. There’s a look at the entire scene around the races and lots of close up action regarding the cars themselves. We’re not sure how the rules package evolved to allow all aluminum stroker big blocks but whoever allowed it is out kind of maniac genius. Ultimately the series flamed out in the middle 1970s but when it was good, it was GREAT!

This Classic Toyota Celica Is Powered By A Turbocharged Lexus V8 And It Cooks! Watch A Series Of Porsche Engines Make Dyno Pulls - 200hp Through 900hp!