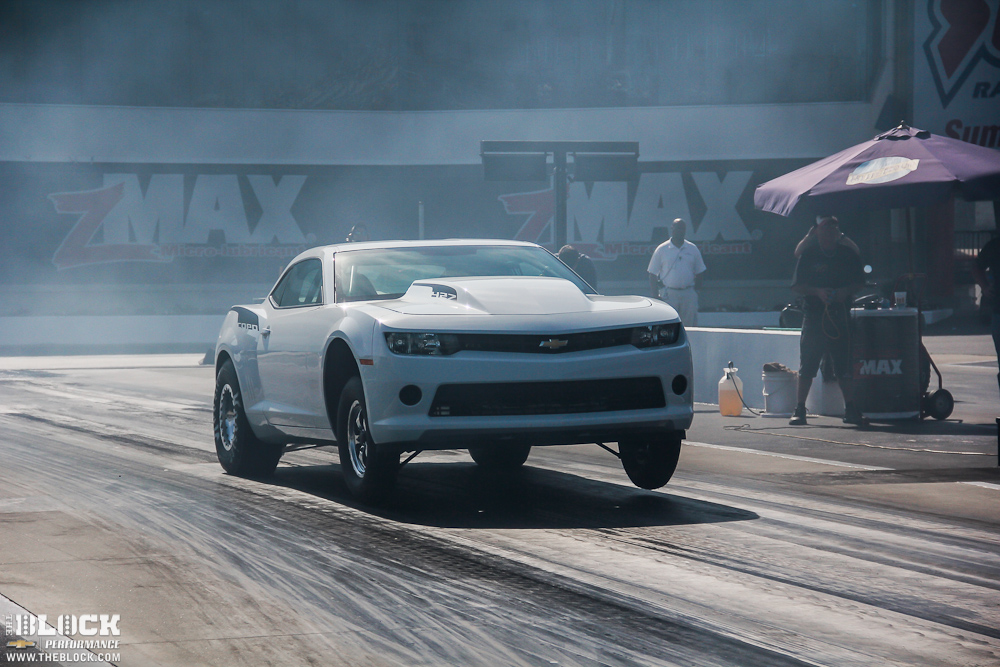 (Photo credit: TheBlock.com) – Here’s the first look the world has had of the 2014 COPO Camaro attacking a drag strip in anger. Recently, GM snuck a couple of the factory drag machines through the back gate of zMax Dragway in Concord, North Carolina to get some initial laps and testing done on this latest generation of the quickest factory Camaro ever built. From what we can see, at least one of the cars was the naturally aspirated 427ci LSx version. There’s a second car in one of the photos with no lettering on the cowl scoop so we can’t say for sure what is powering that one. We’ll go out on a limb and claim it is equipped with the blown engine because we’re awesome at speculating on things. BAM!

With track testing being done, we’re guessing it won’t be long until these cars start to fall into customer hands and we’ll start seeing them at drag strips across America. COPOs have already looked strong at early season IHRA and NHRA events this year and with the 2014s soon to be burning rubber en-masse, it can only get better from here. Not surprisingly, performance data did not escape the cavernous clutches of zMax Dragway but since we’re heading there this weekend for the NHRA Four Wide Nationals, we may be able to coerce some information out of a loose lipped ticket taker or something. Stay tuned!

Chevy fans rejoice, the 2014 COPO cavalry is one the way! 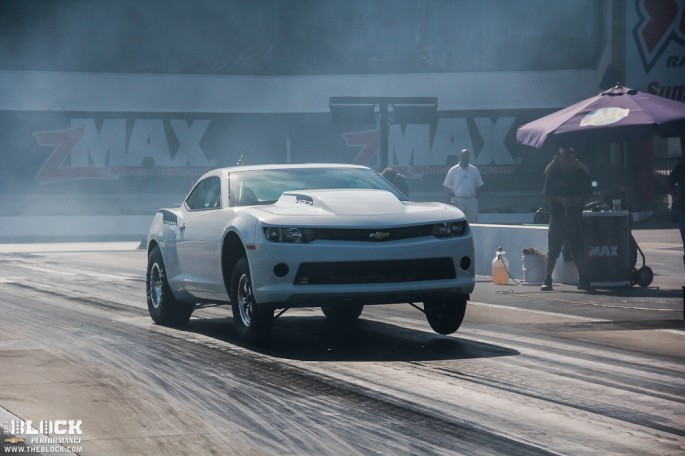 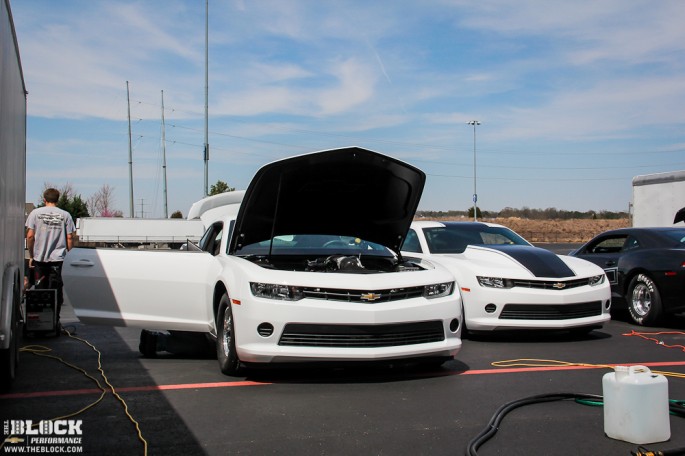 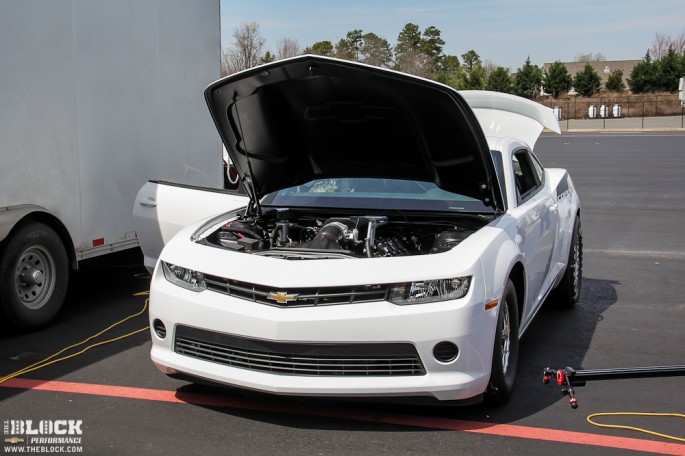 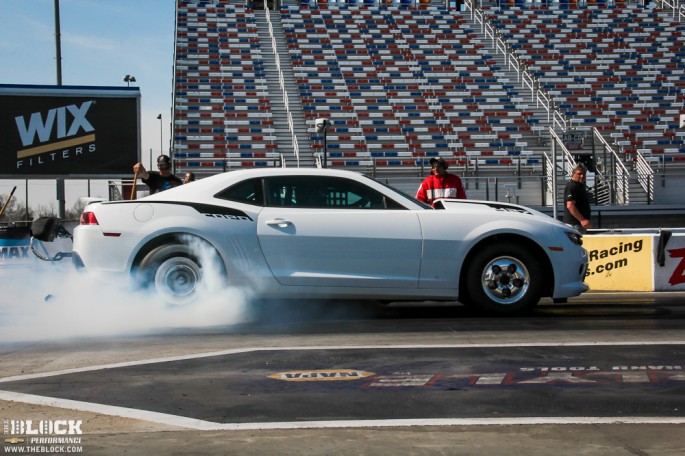