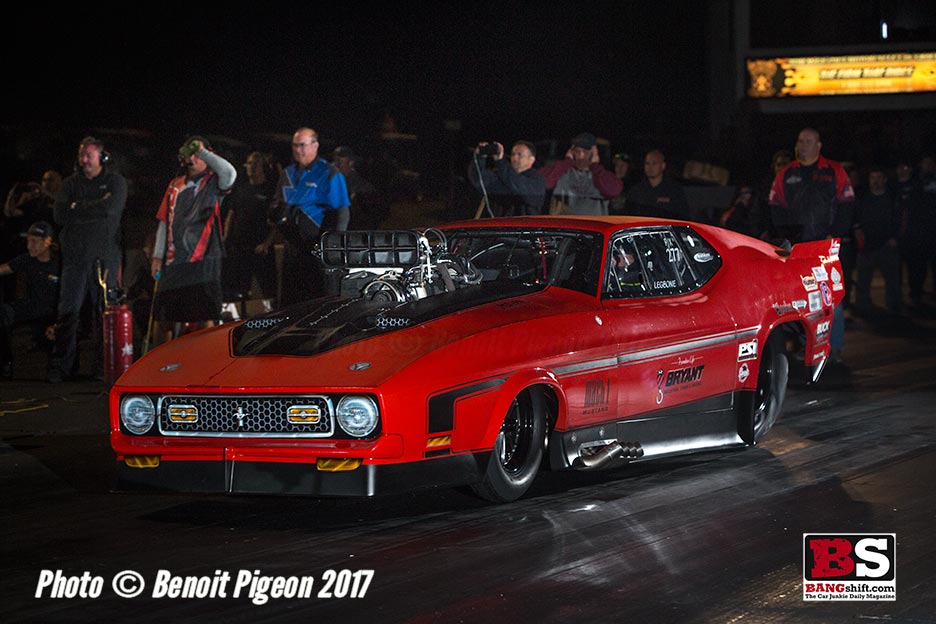 (Photos by Benoit Pigeon) – It was an amazing weekend of drag racing at the 2017 Brian Olson Memorial PDRA World Finals last weekend and some of that had to do with news about the venue itself. In case you have not already heard, Tommy Franklin and his family have bought Virginia Motorsports Park in Dinwiddie and plan to operate the facility along with the other business interests. The Virginia facility original built by longtime pro stock racer Don Beverly is a fine racetrack and we are interested and hopeful to see what Franklin has planned.

ON the race track itself, the stories were manifold. There was talk of the car count, nearly 400 racers packed into the facility. There was talk about the bump spots which were among the quickest in the history of top sportsman and top dragster, and there was also talk about championships, some of which were locked up at the event.

The race ran a day later than planned as weather forced eliminations in some classes to be run on Sunday. Because this is the last race of the season, PDRA officials took advantage of the favorable forecast on Sunday and handled the end of the racing season that day. Loads of racers stuck around to see how it would play out and they were rewarded with some fantastic action on the eighth mile and as you have seen on the front page some quarter mile history as well. Hardcore and fun!