2019 Cincinnati Cavalcade Of Customs Photo Coverage: The Coolest Stuff On The Main Floor 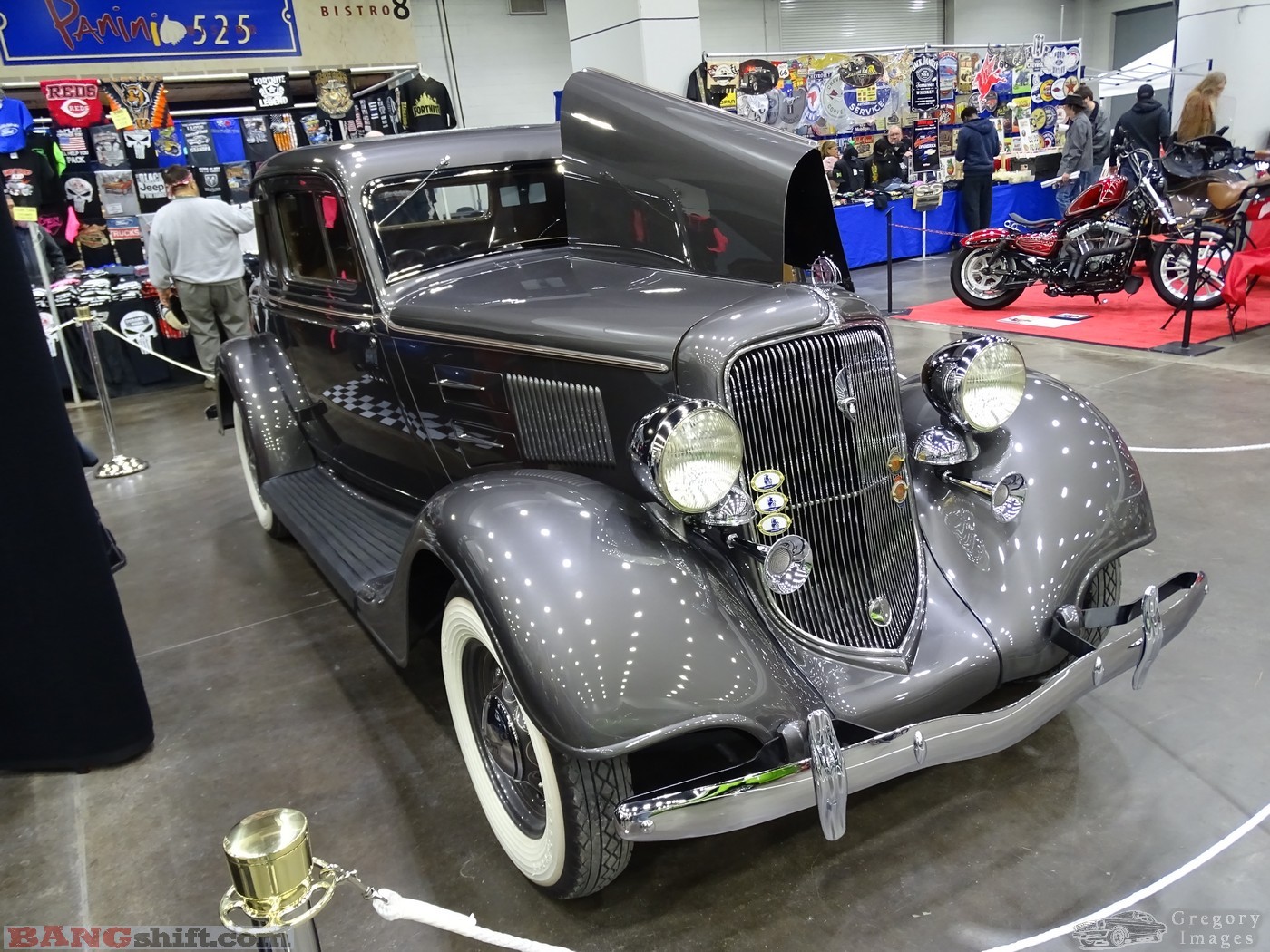 (Words and photos by Doug Gregory) – Third gallery of six so you’re reaching the half-way point.  In here we’re going to move from the area normally called ‘survivors alley’ and transition more on to the general open floor.

The 1954 BelAir ‘House Car’ was something I’d never even heard of.  5 were built and started life as a 4dr with a 235 six and a 3-speed.  The living quarters look huge sitting on this chassis and though it seems very underpowered, back then it was about the road trip.  Pull off on a wayside and take yourself a nap.  Definitely fits the ‘different’ category.  Check out this 90s paint on an 80s Chrysler Conquest (Mitsu Starion).  Back in the day those flared fenders of the wide-body TSi were a cool feature for a now-forgotten car.  What would you do with this one…?

The blue straight-axle ’57 was not being subtle about its attitude.  It seems to have the hardware to back that image as well and it drew lots of admirers.  The yellow, rough-around-the-edges Demon is a bracket bomber and judging by the hardware is a lethal combination for turning on the win light.  Of course the driver being named the ET Bracket Driver of the Year might have a small part in that.

We saw several early Mustangs with late-model Ford grunt swapped in.  All of them looked clean and we can’t knock the driveability enhancement a swap like this provides.  Staying on Ford look at this awesome 1983 F250HD complete with a 460 and restored 16.5 slots.  All it needs now is a headache rack and a toolbox.  The triple-black ’68 Firebird ragtop had us taking a second and third look at it as we wandered the show.  Definitely a looker.  We finish off this collection with some C4s, a red SD 455, and several more excellent Firebirds.

Three more galleries to go.  Come back and see.

This 1950s Video About Engines is Awesome, Complete With Dangerous In Home Experiments! Got An Axle To Grind: Mark Williams Hi-Torque Axles Are Strong and Ultimately Customizable

One thought on “2019 Cincinnati Cavalcade Of Customs Photo Coverage: The Coolest Stuff On The Main Floor”