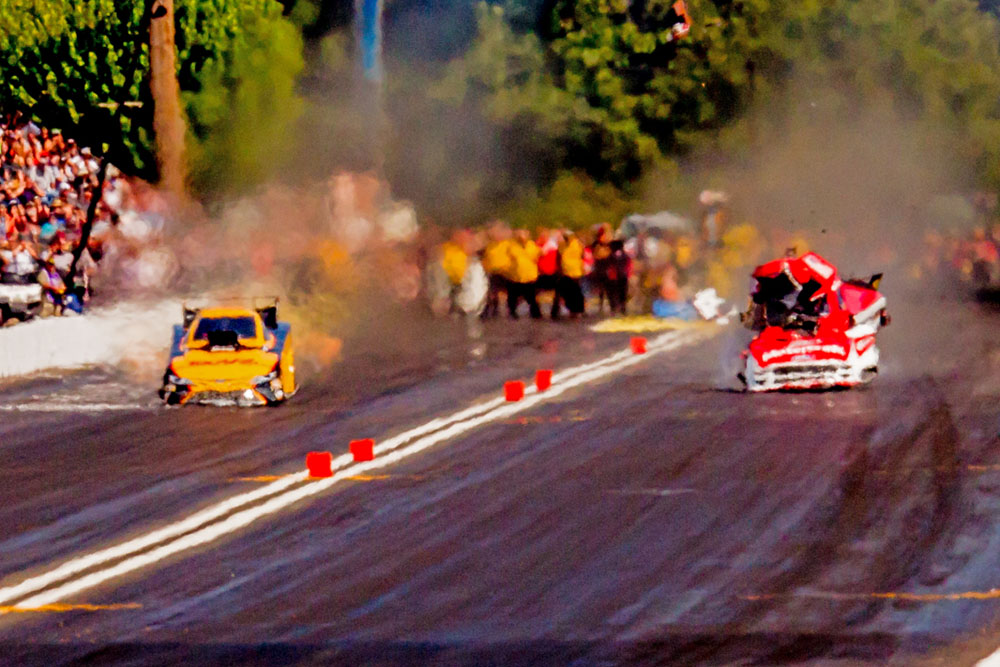 (Photos by Mike Burghardt) – When old timer drag racing veterans talk about a race that just happened in pretty reverential terms you know it was a special deal. It’s one of those races that 75,000 people will claim to have been at when it happened but in reality only a fraction of that were in the stands to see the madness that ensued.

This one really had it all. Wrecks, fires, explosions, the near sweep by Anderson, the first win for Austin Prock, the 150th for some old funny car racer, and on the sportsman side there was some magic as well. Hell, a guy in a W/stock automatic Pinto nearly won stock eliminator, the Sonoma super stock winner went back to back, and a third guy nearly doubled up in two NHRA sportsman classes. The story lines were coming at us from all angles!

Thankfully these photos come at us from one angle and that’s whichever way Mike is holding his camera! Check out these images and we’ll be back with more sportsman photos tomorrow!