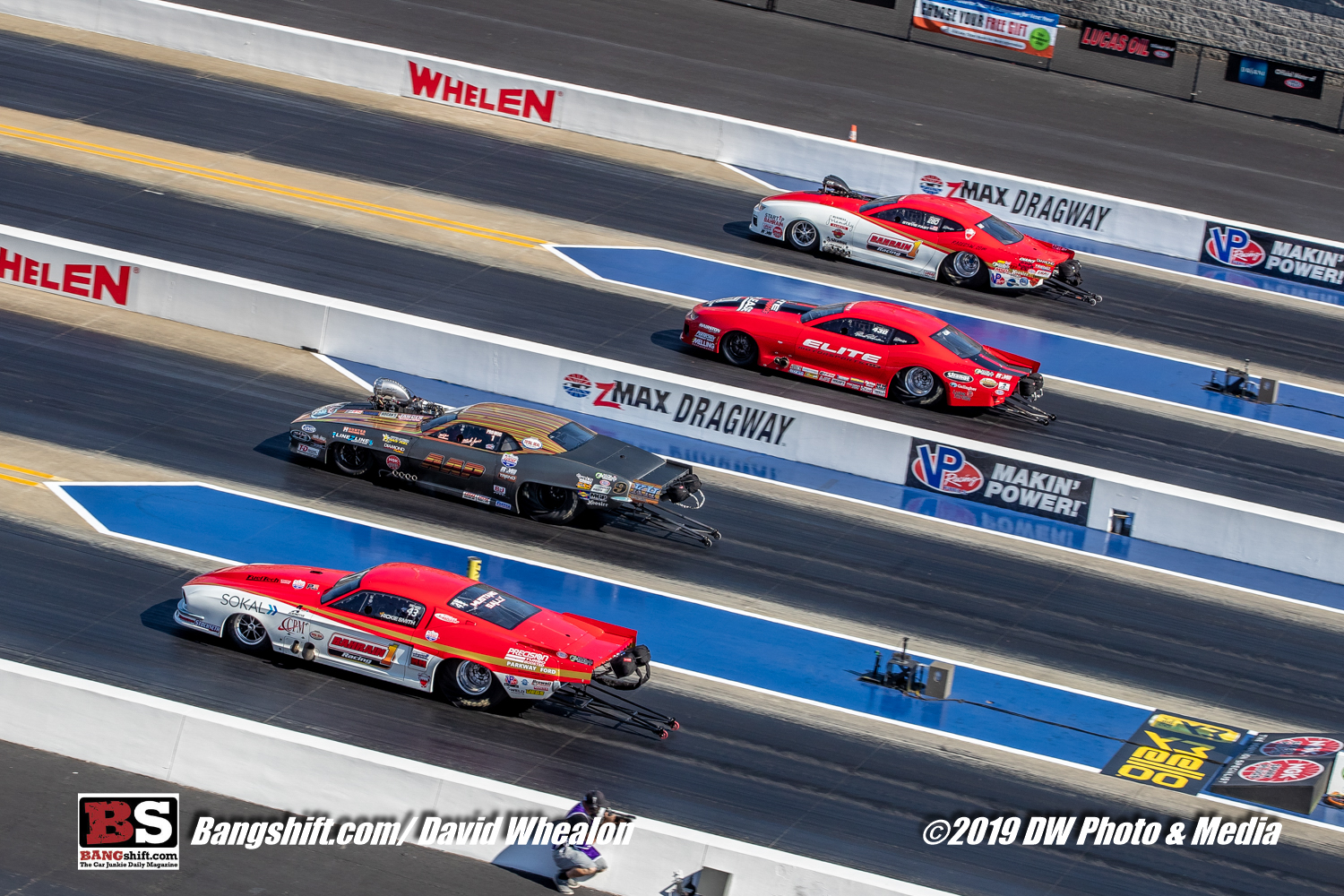 (Photos by David Whealon) – The 2019 NHRA E3 Spark Plugs pro modified series, presented by J&A Service rolled into Charlotte on a competition high. The first two races of the years at Gainesville and Houston were awesome and they brought two names to the forefront of the class. Todd Tutterow and Stevie  Fast Jackson competed against each other in both of the first two final round of the year. They split those decisions one a piece so there was loads of anticipation coming into the NGK Spark Plugs 4-Wide nationals to see who would reign supreme in the series’ only four wide race (for pro mods).

As it turns out, it was not either Jackson or Tutterow but rather Mike Janis taking top honors at the race and continuing the “blower friendly” start to the 2019 season. Cool temperatures have kept the blower cars really charging hard at every event on the tour so far. Pro Modified races are slated to bring the thunder this coming weekend in Atlanta, as the NHRA Arby’s Southern Nationals kick off on Friday morning.

But Is It Really? This Mustang GT Has An Asking Price Of $12,500 And A Listing With Lofty Claims 2019 Omaha Autorama Photo Coverage: Here's our Last Load of Images From The Hot Rod Show!