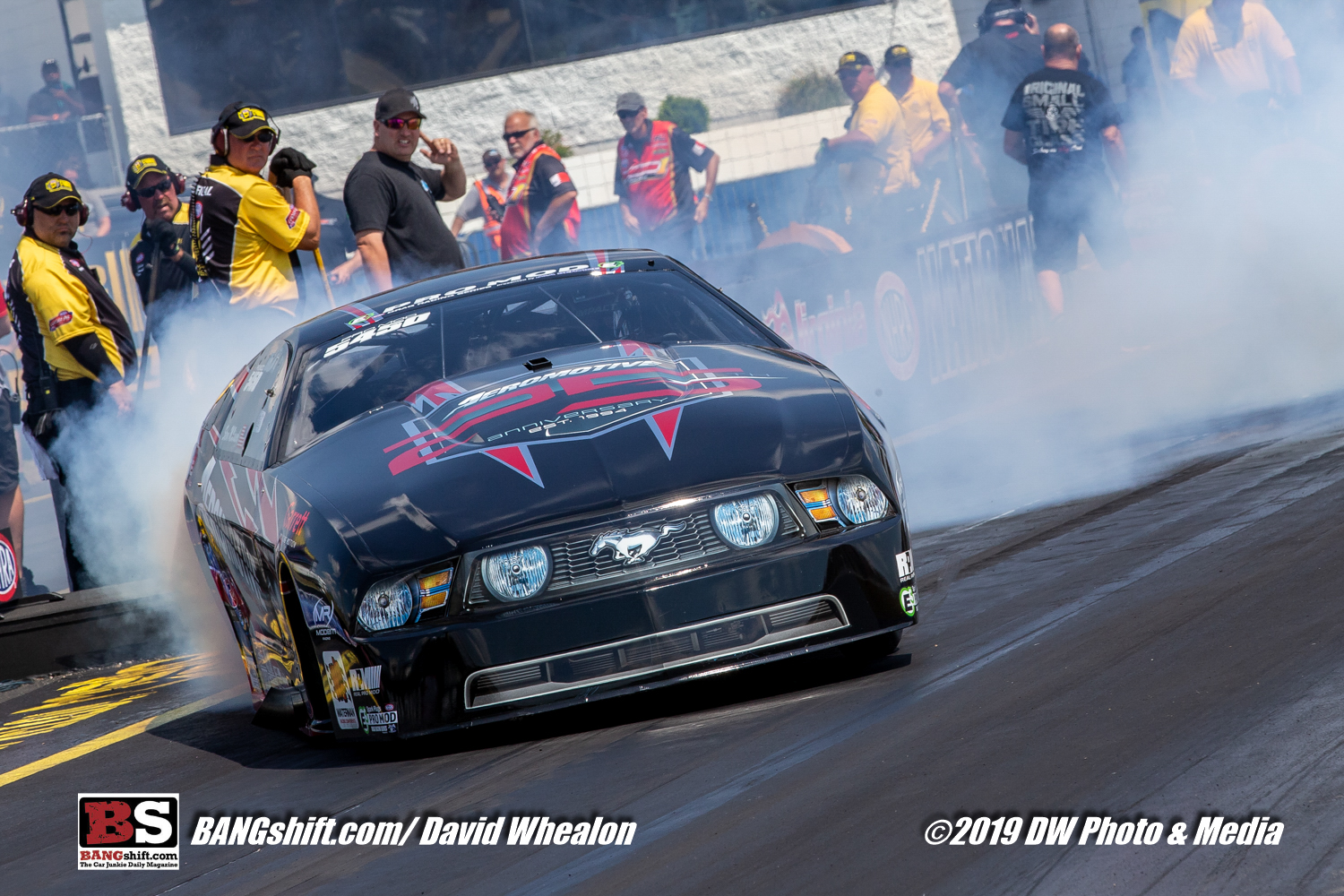 (Photos by David Whealon) – The E3 Spark Plugs NHRA pro mod series has been putting on an incredible show all year long and at every event there have been moments of celebration, hair-raising drama, and killer personal triumph. The 2019 NHRA Virginia Nationals were no exception and the best pro modified racers in the nation made sure that the fans got their money’s worth on a boiling hot race track and in boiling hot temperatures.

Supercharged entries have dominated the 2019 season so far, winning the first four races and making a strong case that they were going to make it a 5th. That idea was stopped dead in its tracks in the final round by Sidnei Frigo who beat Stevie Fast Jackson on a hole shot to take the win and snag his third career Wally. Jackson is the points leader in pro mod by a pretty significant margin at this point and it will be interesting to see if he can hold his competition at bay through the rest of this arduous season.

There’s plenty of great action photos and bits from the pits below. David Whealon always kills it, even when he is roasting in the Virginia sun! Photos galore below, smash them with your moist expand ’em and scroll on to see the whole lineup.