Living History: The Incredible D-Day Squadron of WWII Airplanes Is Heading To France For The 75th Anniversary – Going The Hard Way 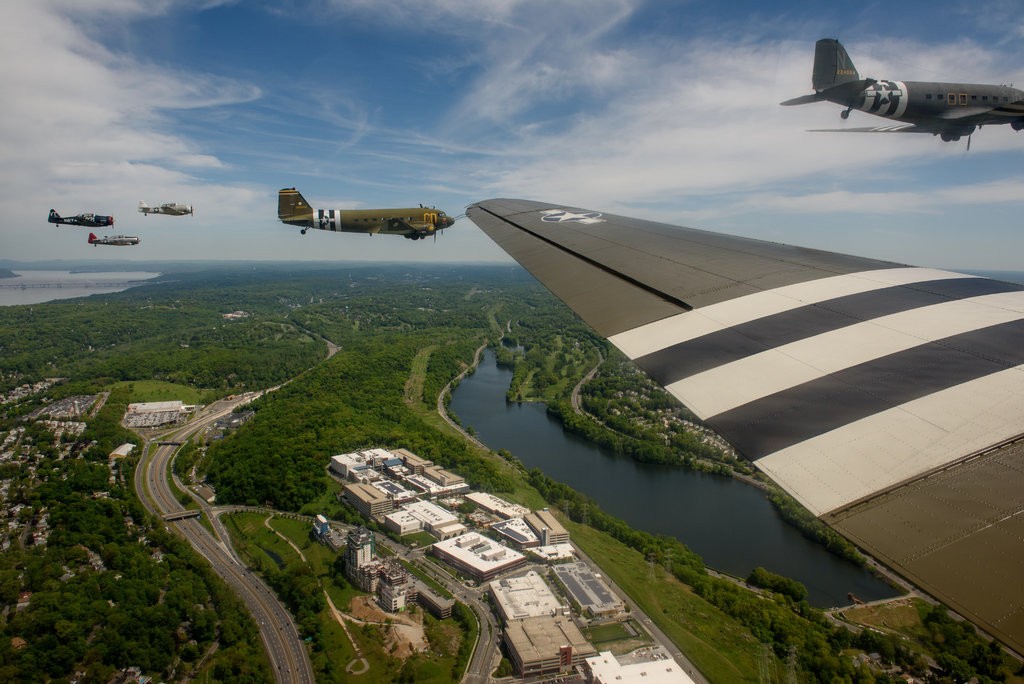 (Lead photo – Monica Jorge/New York Times) – June 6th will mark the 75th anniversary of a seminal moment in world history. It was on that day, three quarters of a century ago, that the greatest invasionary force ever assembled landed in Normandy, France and took the fight to Nazi Germany on the continent of Europe. It was a combined effort like nothing the world had ever seen before. Land, air, and sea. Thousands of vessels, airplanes, and mechanized contraptions were involved in getting people onto the land and engaging the enemy on the literal bleeding edge of the continent.

We’re sure there are many tributes and celebrations planned for that day but none will be cooler, more interesting, or more hardcore than that of the “D-Day Squadron”. This is a group of pilots and enthusiasts who are flying the very airplanes used during the invasion, C-47 Dakota transports, from the USA to Normandy in order to fly over those beaches on June 6th. Seriously. The best part? They are taking the same transit route that the planes did in WWII to get from the USA to England! There are Douglas DC-3 aircraft in this mix as well as those planes were also pressed into service delivering soldiers where they needed to be and in June 75-years ago they needed to be in France.

The story below recounts not only the history of the event but with first hand interviews some of the more intimate details. This is a spectacular read on a spectacular program that is sure to being many, many wet eyes on Normandy Beach come this June 6th. Amazing stuff. 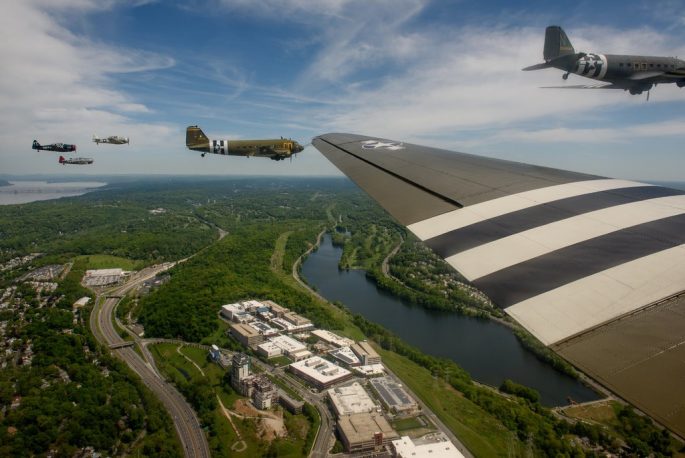 2 thoughts on “Living History: The Incredible D-Day Squadron of WWII Airplanes Is Heading To France For The 75th Anniversary – Going The Hard Way”