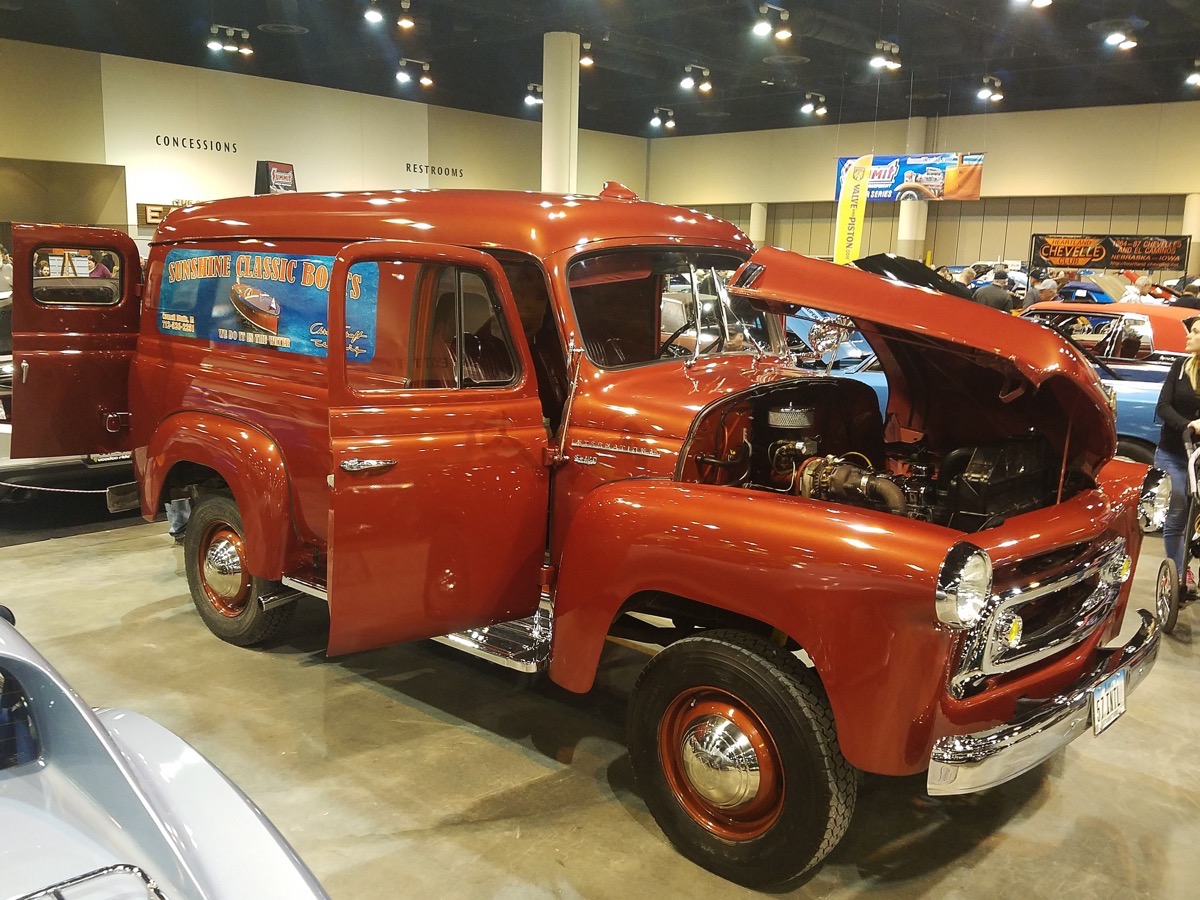 (Photos by Scott Liggett) –  Well, we have to thank Scott for blasting these photos from the Omaha Autorama.  When one considers the fact that this show has been going on for more than six decades you have to think about the evolution of hot rodding. Likely the most powerful cars in the joint back in 1955 were making a couple hundred horsepower tops. Fully built flathead Ford V8 engines making 150-200 were really hot stuff. Maybe someone brought it a new 1955 Chevrolet with a 180hp OHV small block on it. That would have been a mind blower.

That time period change hot rodding forever in the mechanical sense. The blood, sweat, and tears of the rodders was soon to be challenged by the factories as cars with nice paint and full interiors were beating up on them at the races. It did not take the boys long to figure out what they needed to do and that was to combine those factory engines with their own tweaks into the old jalopies that they had been building. We still see tons of that stuff happening today and we hope it goes on forever!

One thought on “2019 Omaha Autorama Photo Coverage: More Than Six Decades Of Tradition Continues To Thrive In Nebraska”