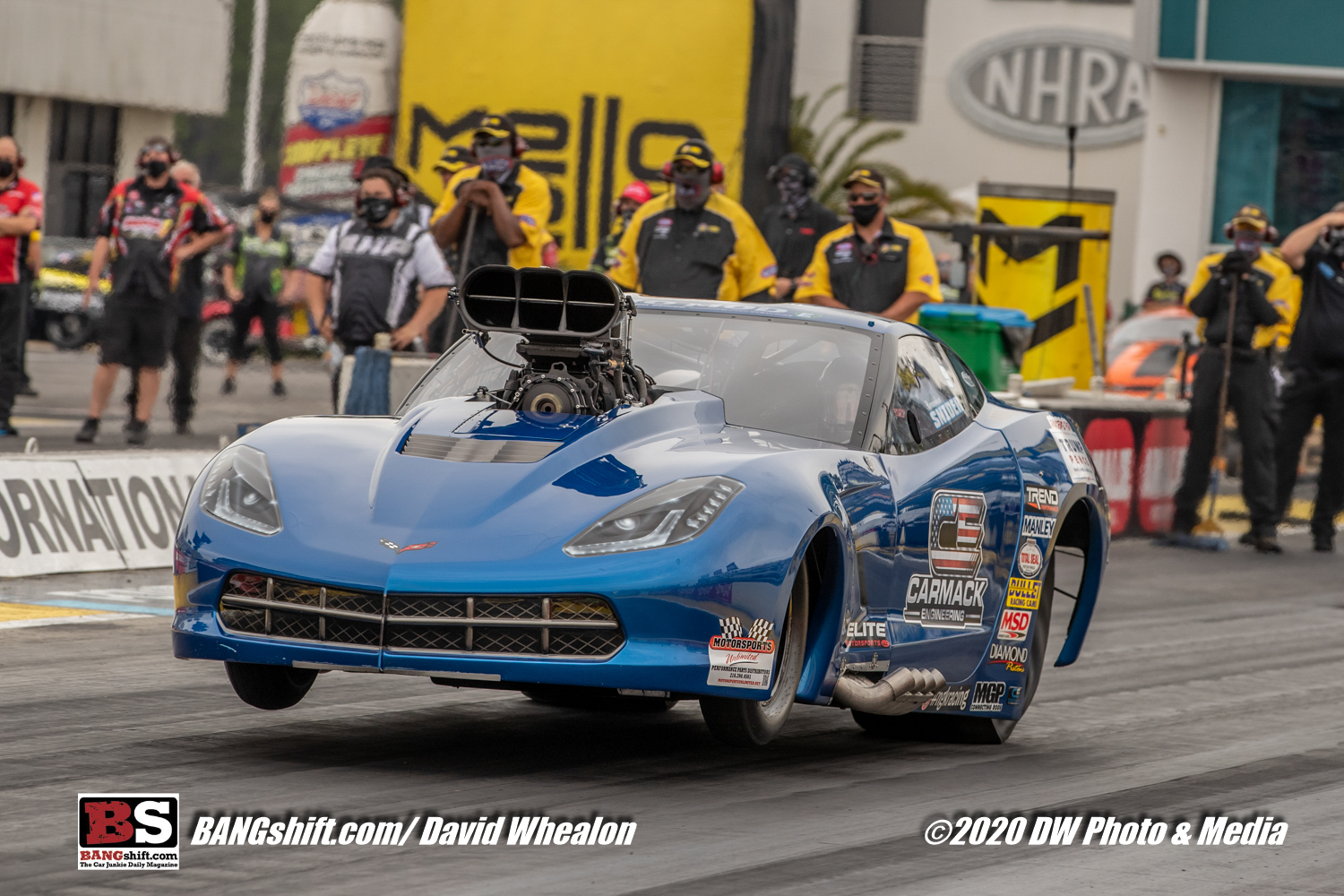 (Photos by David Whealon) – The NHRA E3 Spark Plugs Pro Modified series has been a totally shootout so far in this strange 2020 season. From wreckage at the US Nationals to multiple winners over the course of a scant few races, the hunt for a championship is wide open and the Gatornationals provided more of that unpredictable and crazy action. Rickie Smith ultimately claimed victory and because of some early round exits and the fact he did not drive the first race because of back surgery he may be too far out for a championship, but the dude is still as bad ass behind the wheel as he has ever been and will remain a threat through the remaining three races of the season.

The Pro Mod season has been hammered by all the same factors life has been for everyone but perhaps with an even more painful twist. There are many drivers who come from outside the country to compete and as yet they have all been unable to get to the races. Whether it’s the Canadian contingent, those from South America, and elsewhere, some big names have not been present simply because they can’t be with the current restrictions on travel.

David Whealon did a killer job with these photos and you’ll see blowers, turbos, nitrous cars, and the new ProCharger contingent all throwing down under the sweltering Florida sun. Enjoy!