2020 Cincinnati Cavalcade of Customs Photo Coverage: The Best Of The Rest – Our Last Load of Images From The Show 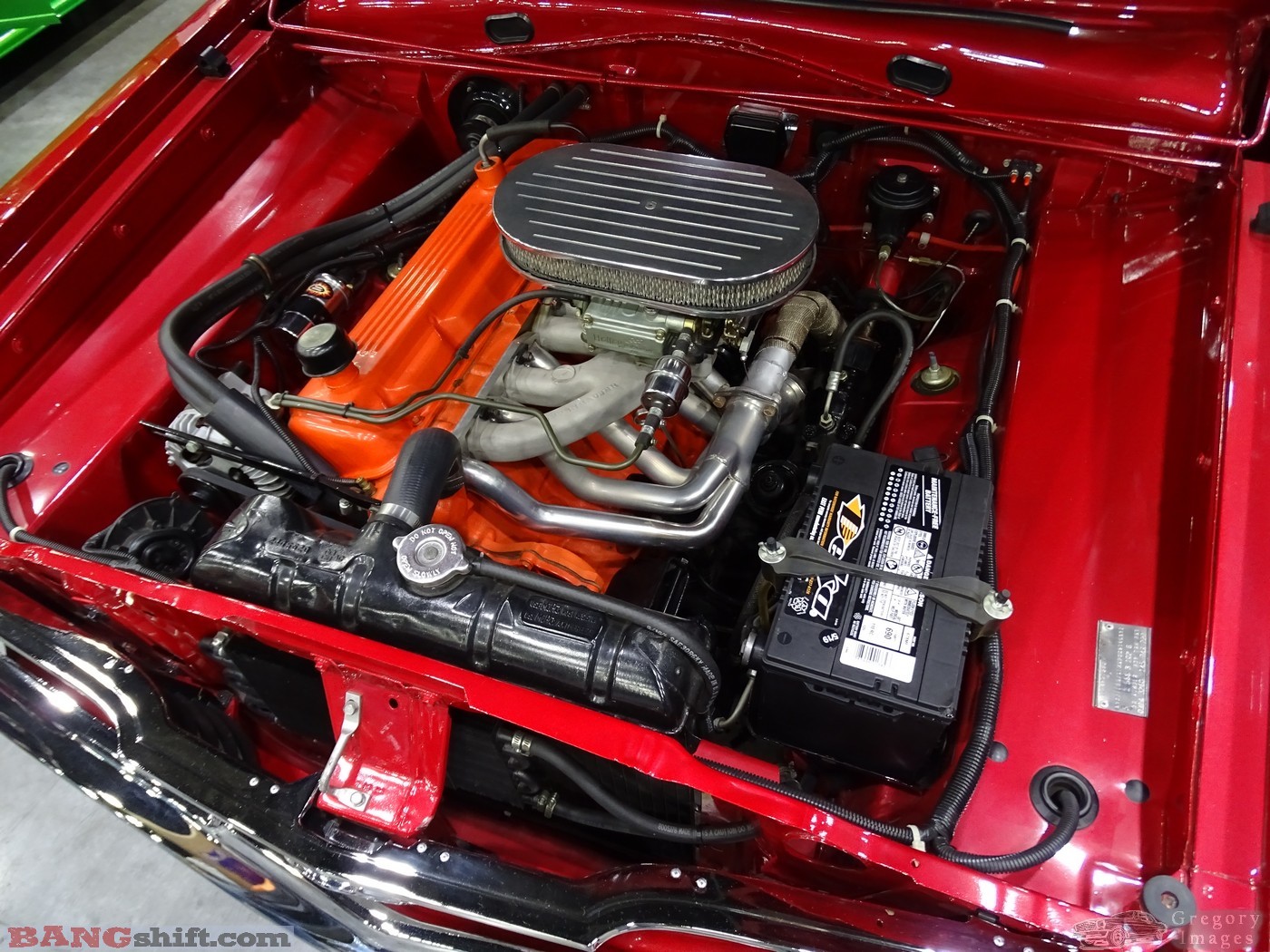 (Words and photos by Doug Gregory) – This group is mostly made up of muscle cars, trucks, and classics.  This is definitely GM-heavy, but the other makes (other than AMC) are represented to some degree.  Who wouldn’t like a warmed over leaning-tower-of-power in a cherry Valiant convertible.  A clean, updated IH Scout still running IH power is a pretty cool sight.  There were at least 3 Wimbledon white Ford Fairlane 500s using a thunderbolt-style teardrop hood in attendance.  My youngest got to set in one and rev it a little.  I don’t know where I went wrong, but he loves sixties Ford stuff.  He wants a ’66 Mustang fastback or a ’64 Fairlane and says diecast just doesn’t cut it.  We all got problems son.

There were two Datsun Z cars at the show and this black example was pretty nice.  The other was in our first gallery.  That one was red and was sitting raised on a transporter elevator.  When I was taking a photo of it a family was calling that one a ‘350Z’.  In their defense it had 350Z badges on it.  More of those folks with a fingertip hold on their passion and knowledge of cars.  Yes I did politely correct them.

Zakira’s Garage had this perfect example of a red ’58 Corvette sitting in their area.  At least I think it’s a ’58.  I am not a connoisseur, but I’m pretty sure that hood style was a one-year deal.  Maybe not.

This concludes our coverage of the early season show in Cincinnati to kick off 2020 ISCA events.

We hope you enjoyed.

Happy 3/02 - Let's Celebrate With Videos of Every 302ci Engine We Could Think Of 2020 Lone Star Throwdown Photo Coverage: More Awesome Trucks Of All Shapes And Sizes In Texas!

One thought on “2020 Cincinnati Cavalcade of Customs Photo Coverage: The Best Of The Rest – Our Last Load of Images From The Show”