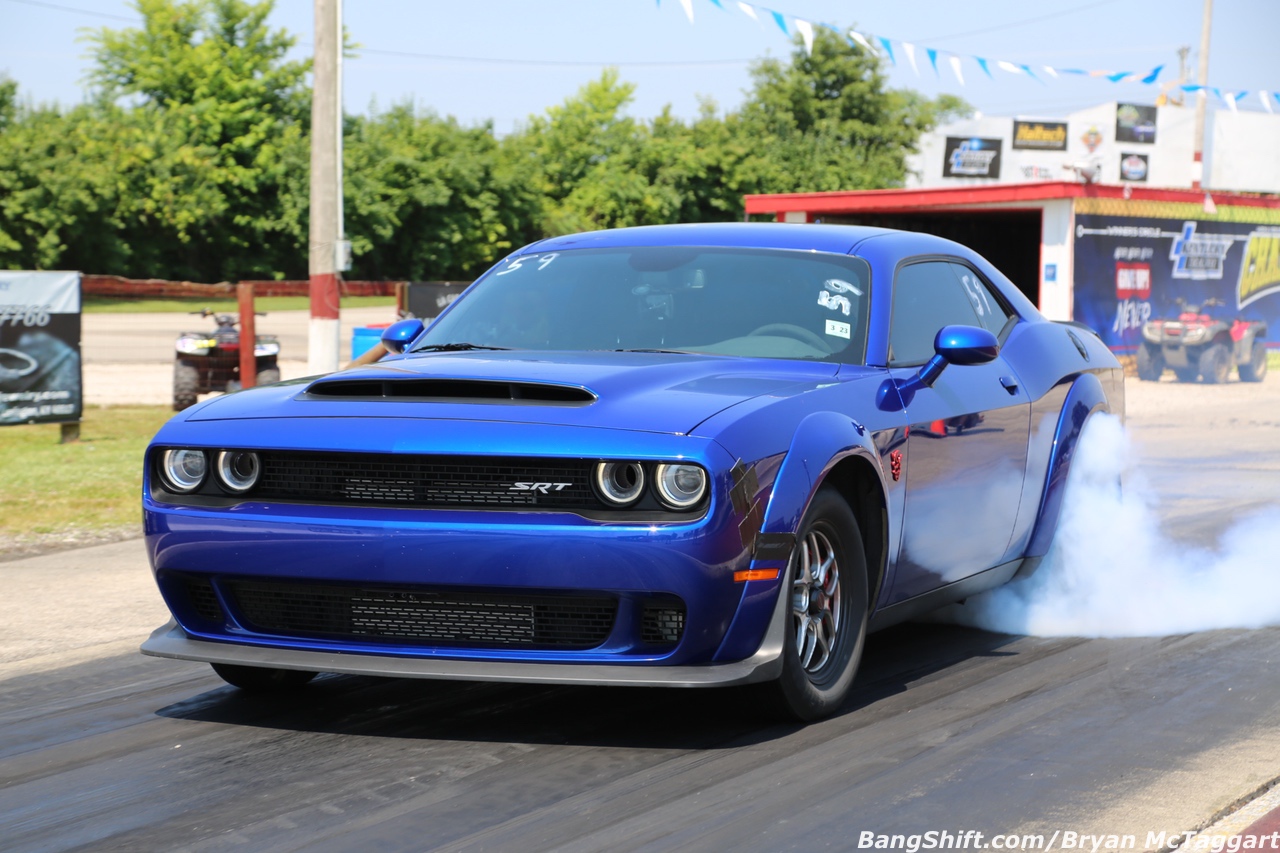 You know that whole thing about alcohol, how your tolerance resets back to zero after you’ve been away from the bottle for a while? Yeah, the same exact thing happens with heat and sunshine, too…and I got my lesson in both. In fairness, I had exactly one drink, a rum and coke, while enjoying everybody’s company at the VanDrake Racing-hosted get-together at DJ’s Steakhouse on Friday night. But whatever the reason…one drink too far, the inability to sleep in a strange bed, or an air-conditioner unit that sounded like a loaded-up freight train starting to move out every time it kicked on in the middle of the night…Saturday morning left me struggling to keep up with the crowd. I was the last Mopar to leave the hotel parking lot, and rolled into Kentucky Dragway just as everybody was rolling out, unpacking, and starting warmup laps. At least I hadn’t missed any action, and there was a donut available for breakfast at the East Coast Moparts trailer, where Andy Wagner, the patron saint of broken racers at MSHS events, was preparing nitrous bottles, leaving them in buckets like racer’s champagne. 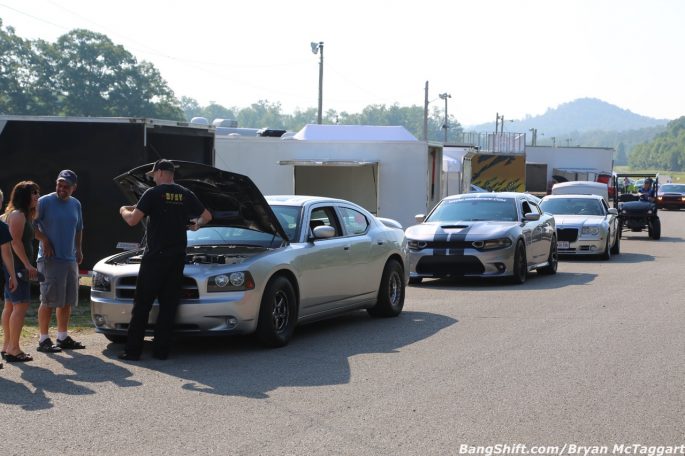 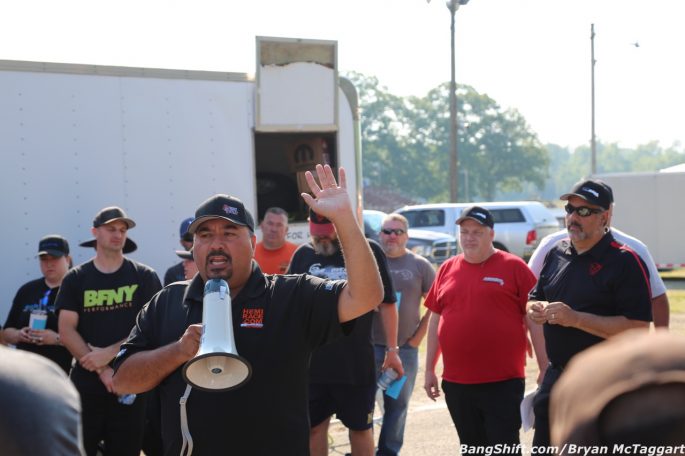 After a driver’s briefing by MSHS head honcho Dan “#GFY” VanHorn, a block of time opened up for final runs before the competition really got underway, and it was needed. TC2 Motorsports had brought out their “Grmpycat” Challenger and during the testing on Friday, the engine experienced a sudden stop in the middle of a burnout…the kind of sudden stop that simply means “engine change”. When I was preparing to leave the track, they were busting out the engine hoist and preparing for a long night. After using the tuning session to dial in the new engine, their efforts were rewarded at the car ripped a [email protected] 1/8th mile later on in the day. Demons, Hellcats, SRTs, RedEyes, hell, even a couple of screaming Rams all were lined up and blasting the strip. 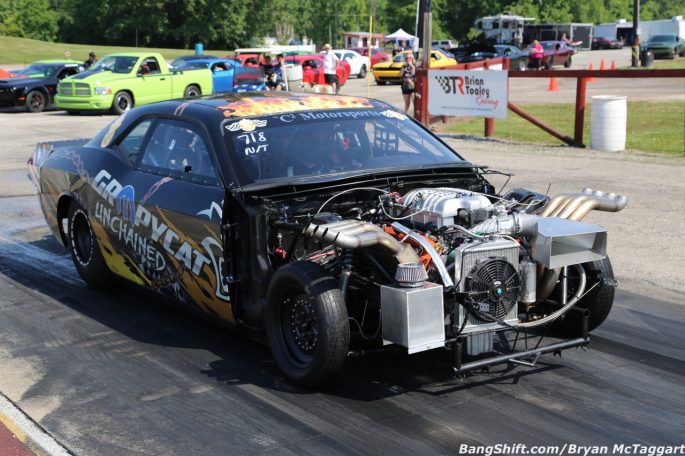 Now, this is where I have to make a cop-out: I was only present for the racing through noon. In order to get everything done that I needed to get done at home prior to leaving for the 2020 Rocky Mountain Race Week tour, leaving early was a necessity. I won’t apologize for that, that’s just the way it goes sometimes. But make no mistake, it was great being around the MSHS racers and crew again, and we can’t wait for the next time we see each other. Something tells me that the Holley MoParty in Bowling Green is going to be a freaking ball.

To see the test-and-tune action from the previous day, CLICK HERE

To see more of the action from Saturday’s race, click on a photo below to scroll through the gallery:

This Dead-Stock GMC Sierra Blasts Straight Up A British Columbia Hill Like It's Nothing! What Does It Look Like When A Car Is Sent Into A Tree At 55 Miles An Hour? Simply Put, Bad.