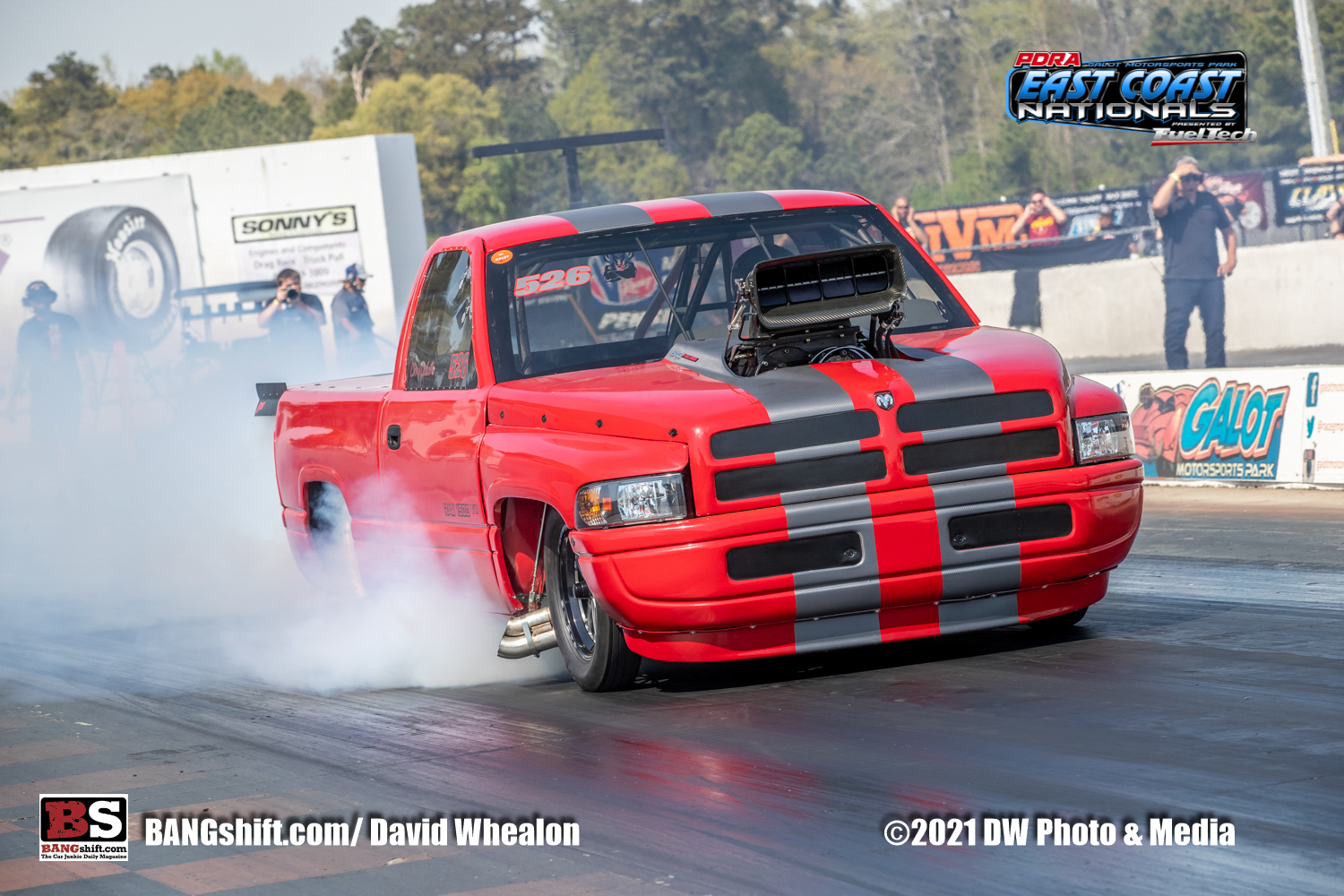 (Photos by David Whealon)- After a successful 2020 season that saw the series shuck and jive like every other drag racing entity out there, the PDRA kicked off its 2021 campaign with loads of fans in the stands and loads of racers in the pits for the season opening East Coast Nationals at GALOT Motorsports Park. From Pro Nitrous and Pro Boost to Top Dragster, Top Sportsman, Pro Outlaw 632, and more, this was a banner weekend for the PDRA to get their drag racing ball rolling and rolling with gusto.

David Whealon was on the wall early in the weekend and sent us this great dispatch of photos featuring many of the stars of the series getting it done at the most awesome eighth mile strip on the planet. Guys like Jim Halsey kept up their winning ways by the end of the weekend. We’ll be back with results and more tomorrow, but today it’s time to sit back, relax, and check out these images of ground pounding race cars hammering the strip!

2021 Pro Touring Truck Shootout Action Photos: Ford, Dodge, and GM Trucks Rip The Autocross In Arizona The New Nissan Z-Car Is Finally Coming And It Seems Even Better Than We Hoped It Would Be! 400hp and Priced Right!

4 thoughts on “2021 PDRA East Coast Nationals Action Photo Coverage: The Season Kickoff Brought All The Baddest Doorslammers Out To Play”