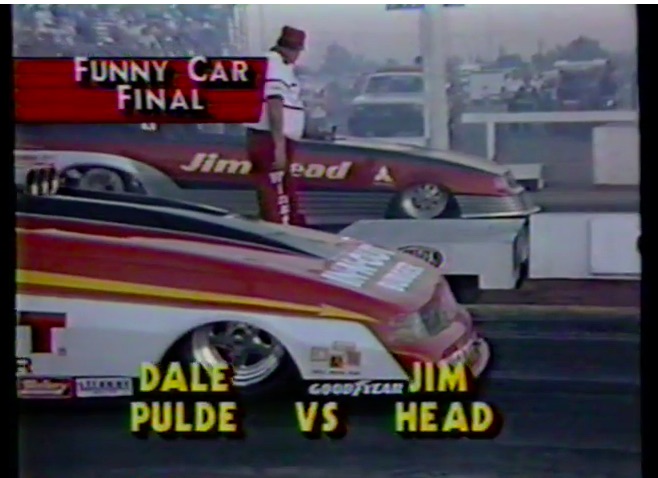 About this time next week I’ll be heading to Pomona for the 2018 NHRA Winternationals, starting the 24-race (yes twenty four race) NHRA season. It’s a historic event and it is an awesome reunion with friends and racers from the tour. This year there will be some interesting things happening. V. Gaines coming back in pro stock, several new nitro cars and teams are on the way, newly stood up funny car headers, crew chiefs that swapped teams and classes, and drivers who are keyed up to do what they do for a living again.

Going back to the 1988 season, the Winternationals played the same role back then. It was the kickoff event as it had been for more than two decades at that point. The 1988 season of NHRA drag racing was really awesome for about 100 different reasons. One of the major ones was the rise of the “high gear only” top fuel car. Yes they had been around for a little while but they began to really proliferate in 1988. It was Gene Snow at first but by the end of the season the majority of dragster teams were high gear only and the funny cars were changing as well. The other thing that’s amazing is how much stuff these guys killed back then. There’s a bizarre misconception that today’s teams wreck more stuff per race than the guys back then did. Not so. As you’ll see through this year, there are teams that killed and we mean KILLED 4-5 motors a weekend!

Watch this kickoff of the 1988 NHRA drag racing season. The anticipation for the first 4-second run was high, the mechanical battle was forming up between the multi-speed cars and the high gear only machines, and some of the sport’s most colorful guys and girls were shined and polished up for battle. This is big fun.

Press play below to see the 1988 NHRA Winternationals TV Broadcast –

Is This A Thing Now? We Found Another V8-Powered Subaru Legacy Wagon, This Time With A Turbo! Ever Gave Thought To Why Pontiac Was Killed Off? Follow The Clues With This Video!