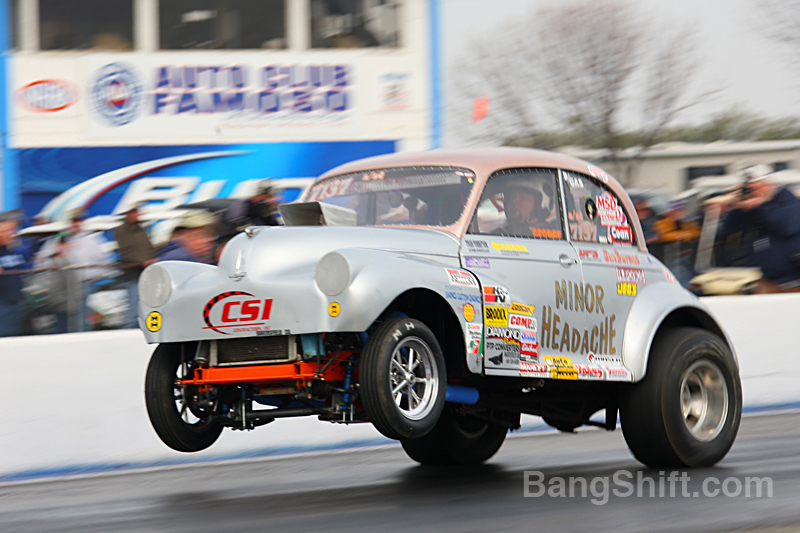 Our on-going series of car specific galleries continues today with a collection of 52 photos concentrating on gasser style cars. In truth we could probably run a gallery of 500-1,000 gasser photos from our archive, but we’re going to bleed them out slowly! These days it seems like there may be more straight axle gasser-rods running around than there was during their actual heyday in the 1960s.

Suspension technology was non-existent back when guys started raising the front ends of their hot rods up in the air using high arch leaf springs and beam axles. The reason that hot rodders did this was to aid in weight transfer to the rear tires. In today’s world we have all manner of devices like adjustable shocks, specific springs, drag specific struts, and on and on. Back then, all one could really do was physically move the weight to help plant the tires. The NHRA famously placed a 24″ limit on the height of the crankshaft centerline from the ground when things started getting out of control.

One of the other things that actual gassers did back in the 1960s was to serve as the test bed for high performance automatic transmissions in drag racing. The four speed B&M Hydro was very popular to start with the 727 Torqueflite and its taller first gear coming into vogue later on. Prior to the Gasser Wars and high-po automatics laying down big numbers, manual transmissions were the only way to go. Thank a gasser the next time you take your finger off the trans brake button and haul down the strip! 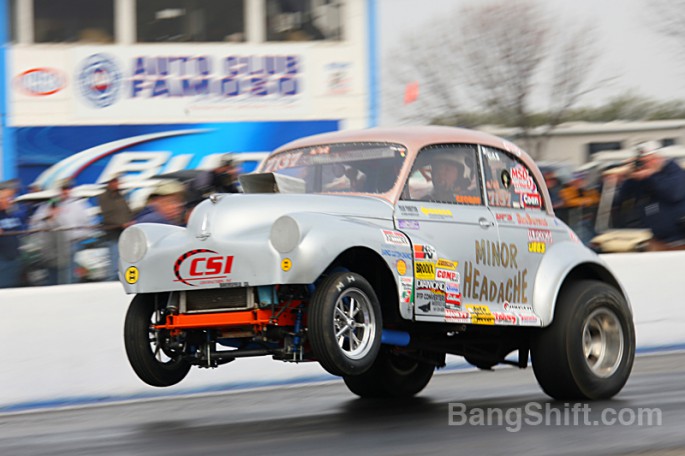 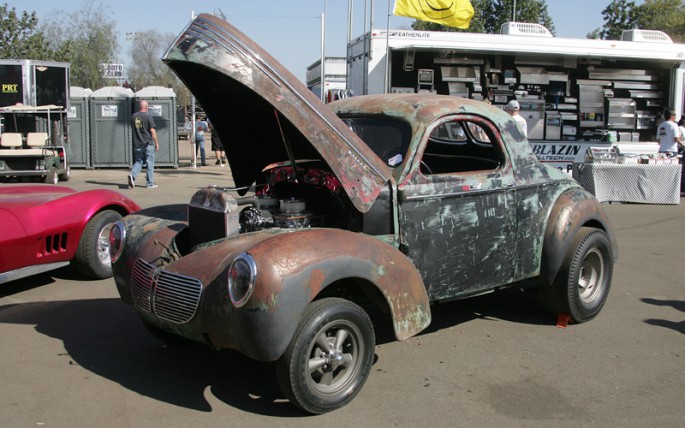