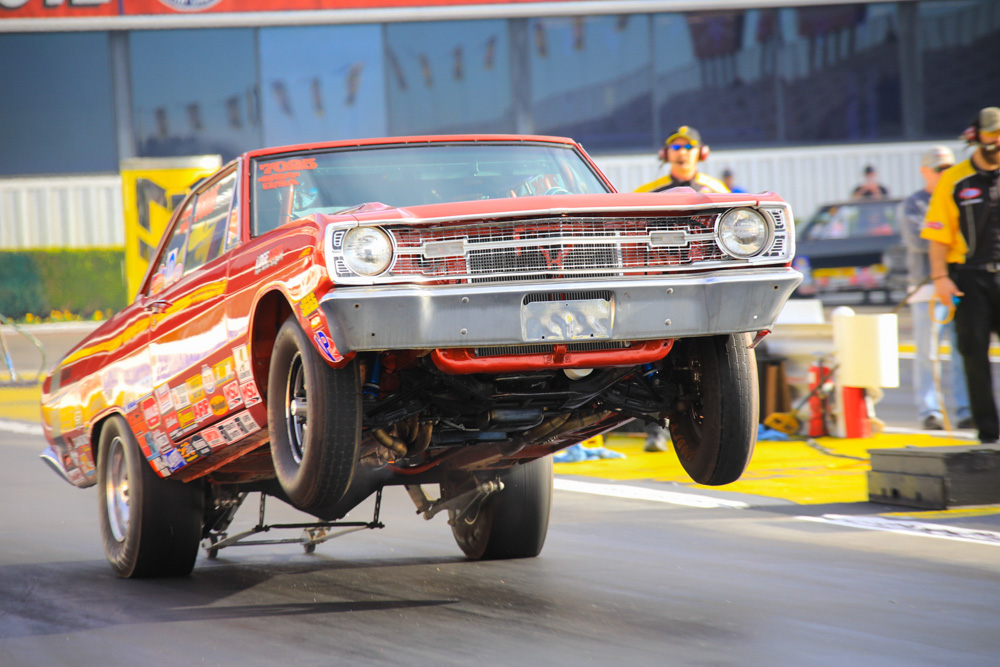 (Photos by Wes Allison) – When the dust settled and the final pair of stock eliminator cars ran down the track at the 2017 NHRA Circle K Winternationals, it was Pasadena, Texas resident Jerry Emmons who took the victory and Wally at the NHRA’s first national event of the season. The wheel standing big block 1969 Camaro was a fan favorite and one of dozens of stockers that were on the grounds seeking glory.

We know that BangShifters have a special place in their collective heart for the wondrous cars that make up the stock eliminator ranks and that is why we have compiled a bunch of photos galleries as shot by the lens of Wes Allison for you to enjoy. Mopars, Fords, and Chevrolets are all present and accounted for here. Some of the best cars and drivers in the country were on hand and making noise in stock this weekend, trying to get a head start on the chase for both divisional and national glory as part of the Lucas Oil Drag Racing Series.

If we had to pick a favorite out of this gallery it would totally be…not one of the cars but the fact that we have a ton more photos to show you from the 2017 NHRA Circle K Winternationals. This is just the tip of the iceberg when it comes to the photos we have to share from the event.

Want To Go Fast Cheap? Start With This Dragster Chassis The Seller Is Basically Giving Away Morning Symphony: Caning The Hyper-Expensive Ferrari 250 GT "Breadvan" On The Track