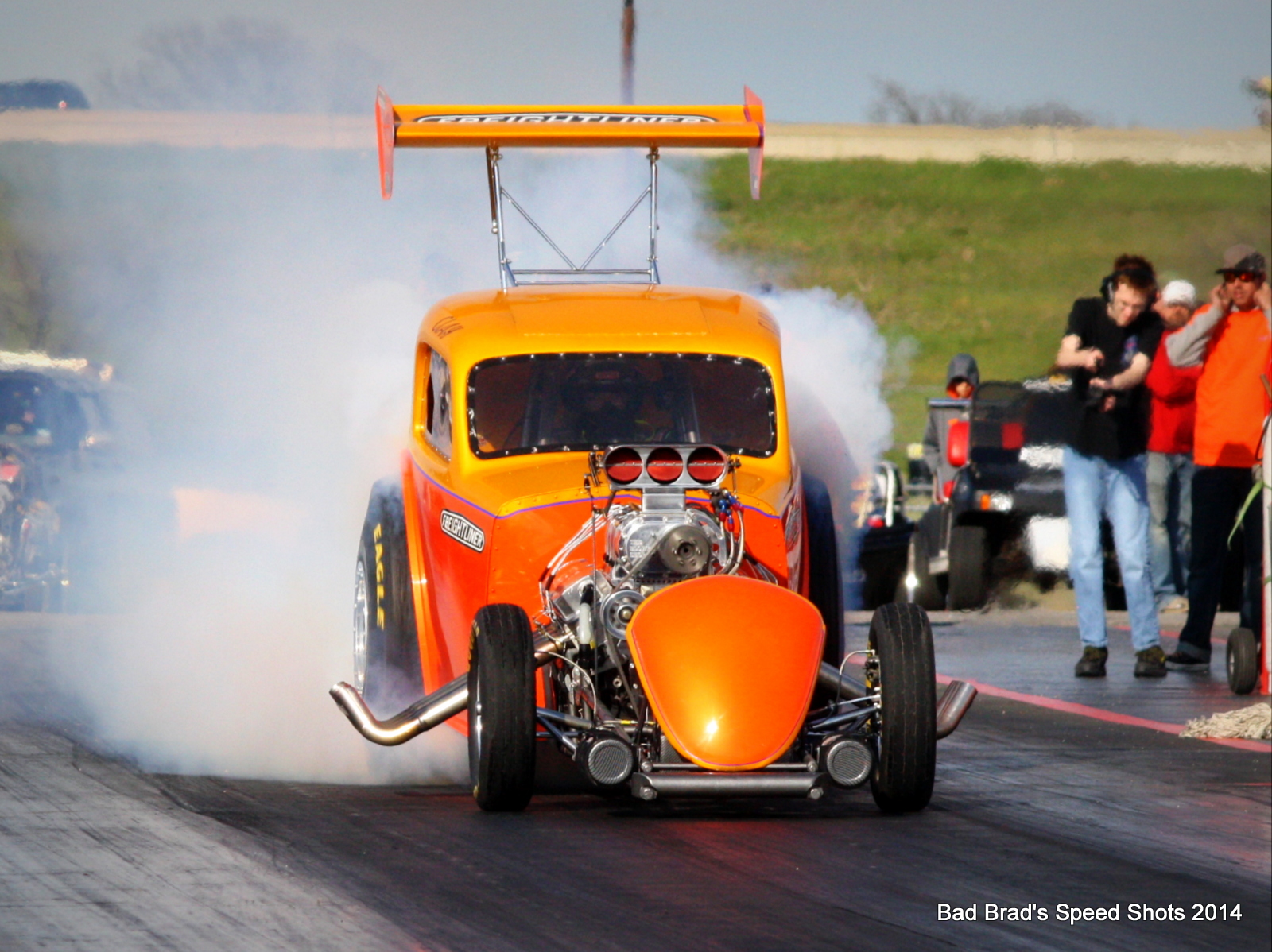 (WORDS AND PHOTOS BY BRAD KLAASSEN) – So, what do you do the first weekend in April if you live in the south? Well, if that state is Texas, you go drag racing. And that’s just what happened April 5th at North Star Dragway just outside Denton, TX. We’re not talking about your everyday drag racing either, we’re talking the PainlessPerformance Products Outlaw Fuel Altereds along with a full complement of nostalgia cars of all types running with the MalloryPrint.com Southwest Heritage Racing Association to round out the show.

I knew I’d have to cover this race as soon as I laid eyes on the OFAA’s 2014 Race Scheduled. You see it’s sort of an anniversary for me. April 10, 2013, was my first time to both cover the OFAA at Thunder Valley Raceway Park near Noble, Oklahoma, and also have my story and shots published by Brian and Chad at Bangshift.com. So, it’s been one year since I became a contributor for the knuckleheads at Bangshift.com and what a ride it’s been!

Okay so my wife Phyllis (Bad PK) and I ambled down south and tip toed across the Red River, you never know what those dang Texans are going to try and pull on a couple of Okies. Luckily, were given free passage into the state without any trouble to take in our first race ever at North Star Dragway. This 1/8th mile track was built a little over 20 years ago is a very nice facility that sets right off of I-35 S for easy access. We’ve driven by it several times in our travels and this time we stopped. And man we sure are glad we did! Talk about Texans rolling out the Red Carpet for their Red River Rivals from Oklahoma.

Track owner Gene Nicodemus, who spends all his time on track making sure the show is moving along nicely came over to the wall and gave me a warm Texas welcome. Then, retired top fuel racer Paul Castor and his crew fed us smokedribs with all the fixings and Steve Scott threw in a perfectly smoked pork butt to make this a Texas sized feast on the Castor designed “Tail Gator,” on it’s madden voyage, and it didn’t disappoint either. I was also able to meet a lot of fellow racers, crew, and fans that follow my work and it’s always awesome to finally meet them in person!

I know, I know, get to the racing part. Well, what’s not to love about an afternoon and evening’s worth of huffing nitro and alcohol fumes in April for goodness sakes and the racing was incredible too. Nicodemus and his track crew at North Star, including Head Starter Clint Dobbs, had the track prepped to the max and wheel standing launches were more of the norm that not on a very cool track surface. The air temp after dark was in the low 40s, burr. The season opener for both the OFAA and the SHRA was packed with stellar runs too. We’re talking three second Outlaw Fuel Altereds runs and the SHRA’s NE1, NE2, and NE3 classes blazing the track as well. Hey, we were even able to rifle off shots of fellow shooters Chris and Tera Graves from MaxCackle Photos in their blown front engine dragsters. Heck Yeah! I hope I did them proud.

Anyway, enough of my rambling. The Painless Performance Products Outlaw Fuel Altereds and the MalloryPrint.com Southwest Heritage Racing Association are both excellent shows and you should go check them out if you’re ever in Texas and in need of a fix of outstanding drag racing action.

Oh, and North Star Dragway gets a big two thumbs up from both Bad PK and yours truly. Matter of fact I’m heading back down south to Denton in a couple of weeks for their big $10K to win Pro Mod Race. So, fair warning Texans, Bad Brad will be coming in peace once again. No shootin’ irons needed. 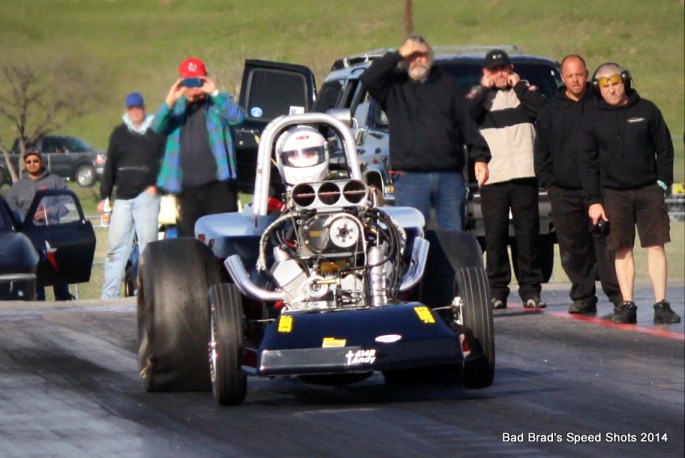