Speed In The Swamp: Top Fuel and Funny Car Action Photos From The 2020 NHRA Gatornationals 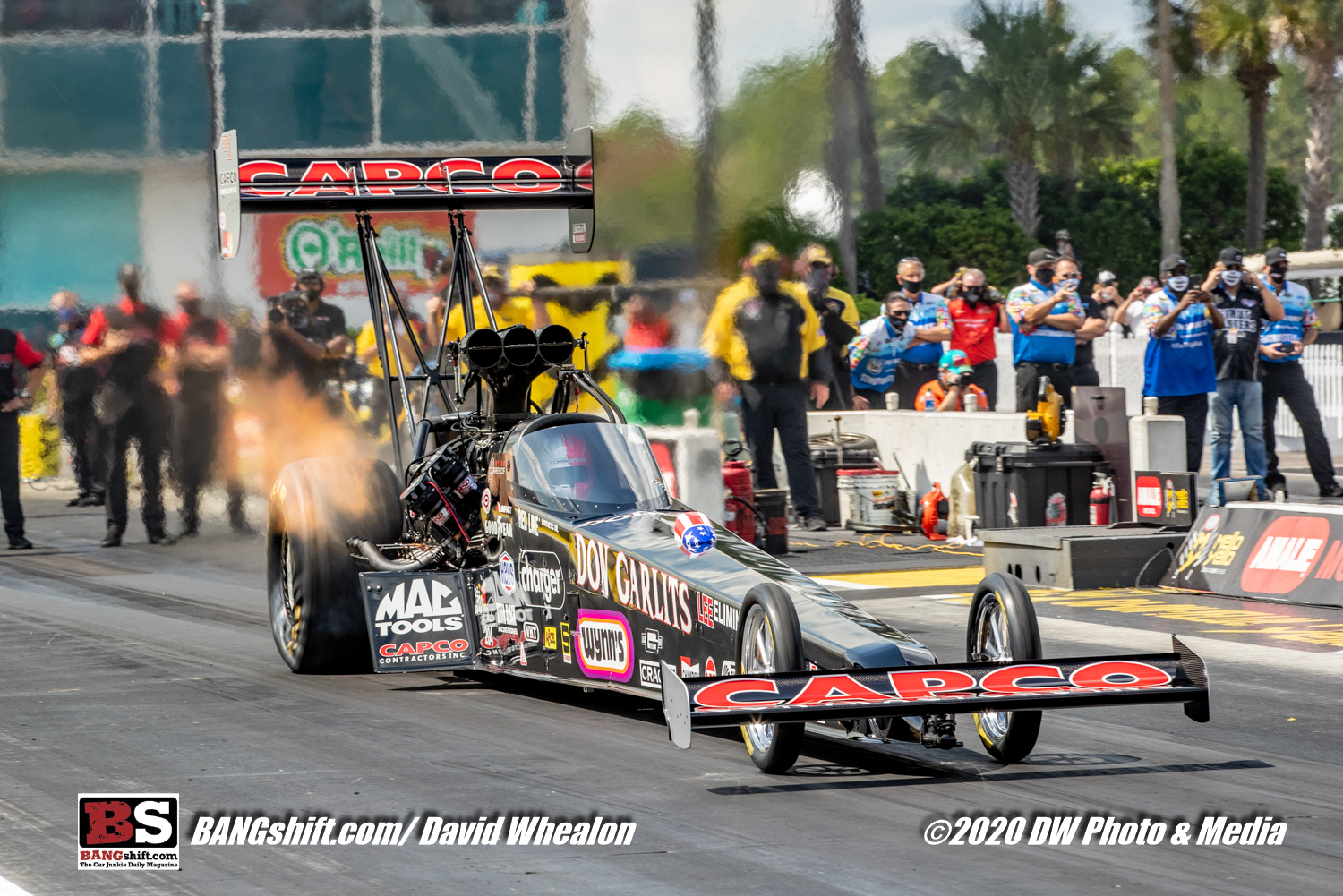 (Photos by David Whealon) – It was only a few weeks back but the 2020 NHRA Amalie Oil Gatornationals represented a big move for the series in 2020 because it was the first race outside of Indianapolis that had been contested in many, many months. After the Phoenix race in February we all arrived in Florida in March only to have the race postponed in the earliest days of COVID-19. Running the Gators in late September was weird and wild but the action was as awesome as ever. Ron Capps won nitro funny car after spinning his machine out on purpose in the semis during a fiery round win against Matt Hagan. On the top fuel side, Steve Torrence wore a special Don Garlits Swamp Rat 14 body and won the race with Garlits looking on.

These photos concentrate on the nitro burning categories and they’re an awesome look at funny cars and dragsters making their qualifying attempts and hardcore rips down the course at Gainesville Raceway. This track is historic and as you will see, the fans came out in droves. Limited in capacity by government regulations, it was awesome to have NHRA fans in the stands enjoying a toasty weekend in Florida.

Good times and great photos. Check them out –

Unique Restoration: Watch This Pneumatic Underwater Saw Get Brought Back From The Depths Of Despair Maybe Don't Drop The Top: The 2021 BMW 4-Series Convertible Has Been Released To Mixed Stylistic Reviews

2 thoughts on “Speed In The Swamp: Top Fuel and Funny Car Action Photos From The 2020 NHRA Gatornationals”