All In One Run: Watch This 1969 Barracuda Pull A Wheelie, Get Sideways, And Spin On The Same Run! 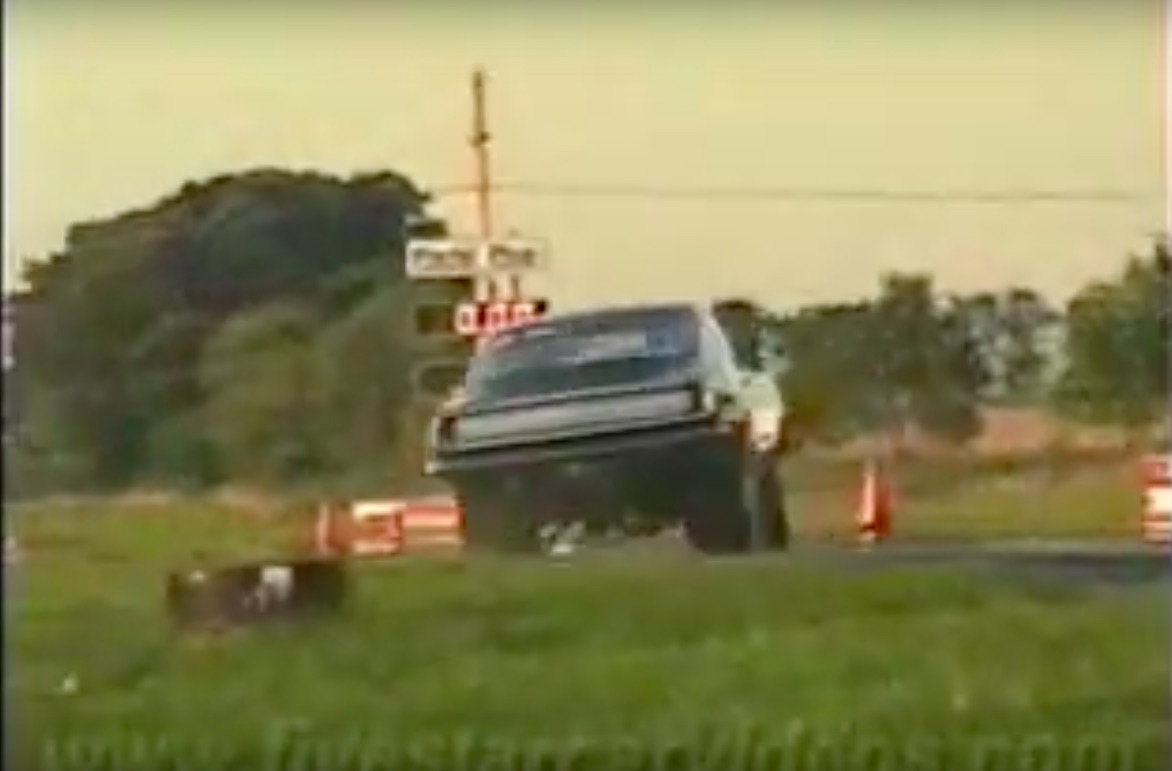 This guy garnered a lifetime of drag racing experiences in one pass at Great Lakes Dragaway in Union Grove, Wisconsin. The big tire 1969 Barracuda comes off the starting line with a sweet wheelie and then things get wonky. The car is all unsettled when it lands and makes a hard move to the right. In an effort to fix his situation the driver seemingly gives it full left rudder. Things then get even more interesting as the car spins a donut on the track at speed and ends up crossways while facing the wrong direction. In the other lane a far slower car comes trundling by the scene at the top end.

It is kind of amazing this car did not turn over and instead just spun around. The video is obviously older and were wondering with today’s ultra-sticky and highly prepped tracks if those rear slicks would have been less apt to slide and more prone to grab and then just roll the thing onto the roof.

The other thing that saved his bacon as far as damage goes is the fact that at this time Great Lakes still had massive grass runoff on both sides of the strip before you got to a wall. This Barracuda would have been all bashed up had this happened on a track with a wall directly next to the surface.

There are people who go a whole career, in fact the majority of them do without experiencing half of what this guy did on one run.