Automotive Archeology: Check Out This Big Block Mopar-Powered Model A Ford As It Comes Out Into The Light! 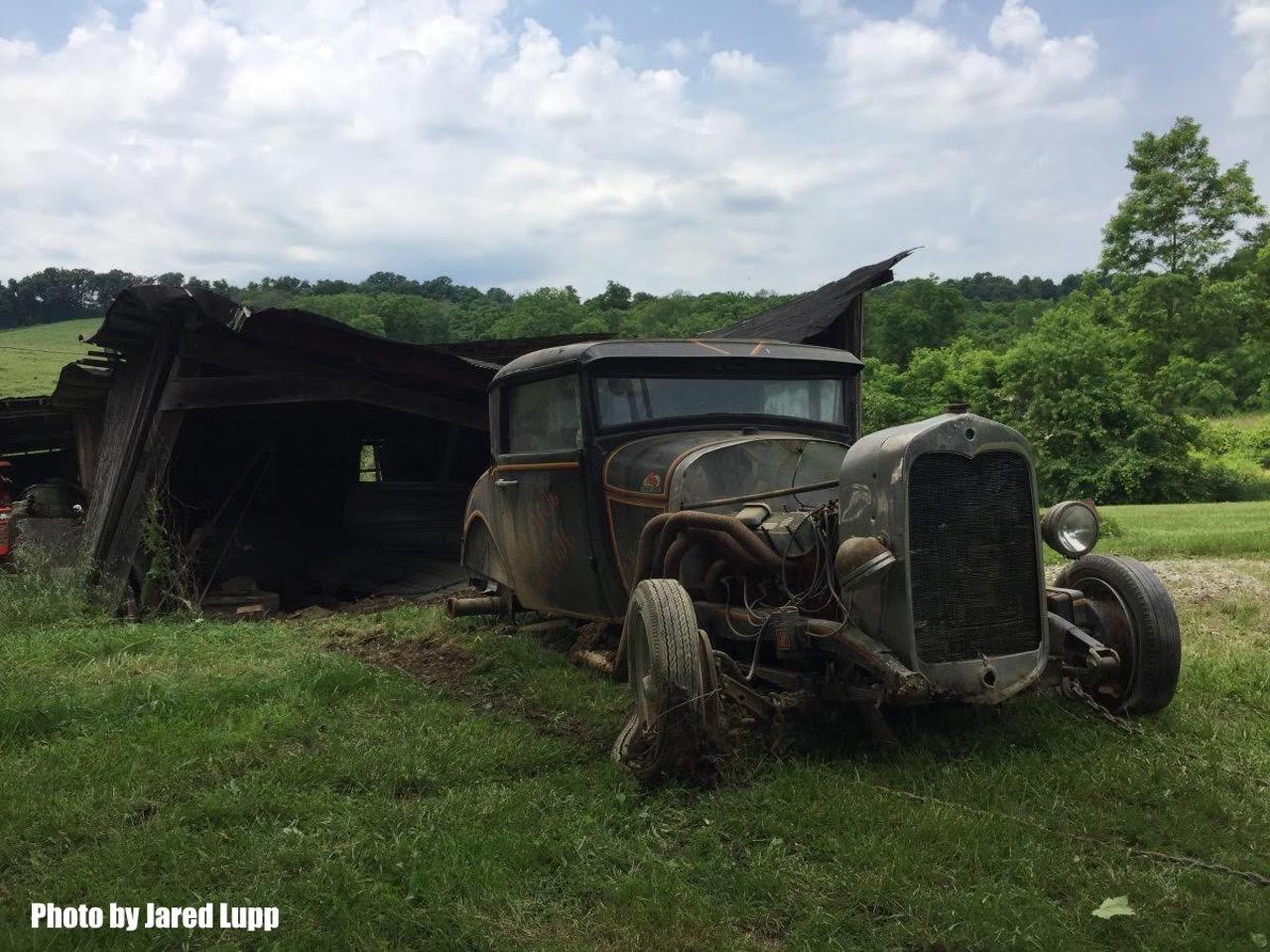 (Words by Junkyard Digs) We’ve all seen pictures of epic barn find Shelby Mustangs, or old Ferraris, but it’s not every day you find a Mopar powered Model A tucked away in a dilapidated shed! Fortunately for Jared Lapp, that’s exactly what he found!

Jared works as a communications technician, and spends a lot of time traveling through rural Ohio. One particular day in 2014, Jared had just finished packing the tools back into the truck after fixing an older ladies telephone, when he spotted a late 20’s Model A coupe in a shed. Jared asked the owner about the car and she mentioned that her husband was going to restore it after he soon retired. Thankfully he was given permission to photograph the car, and snagged some quick photos to share online. 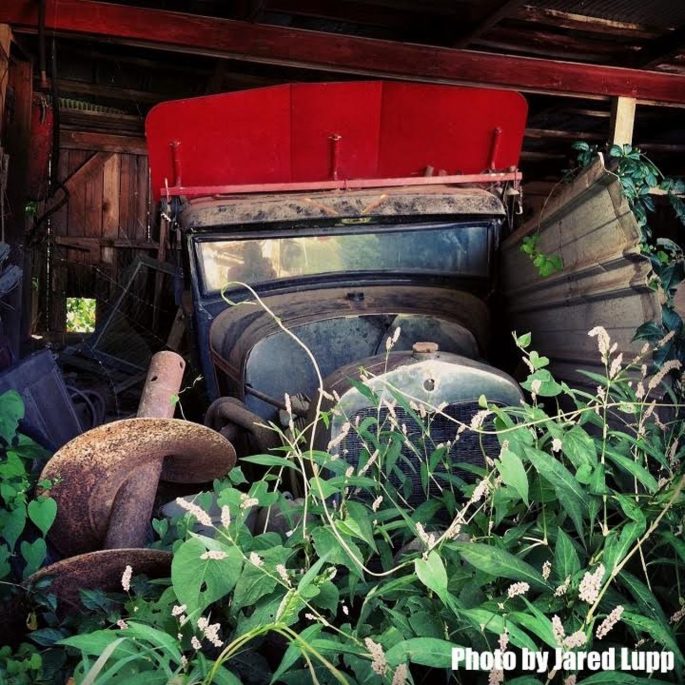 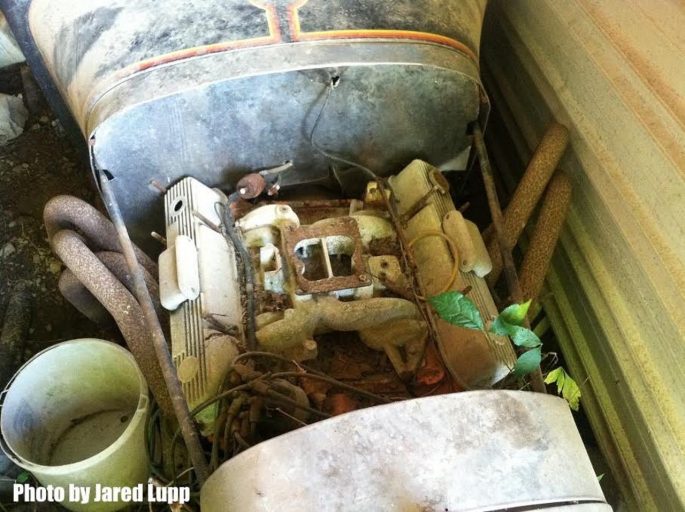 From the looks of it, the car appears to have been a dirt track or asphalt car, which likely participated in some drag racing at one point as well. Jared noted that the trunk had been mudded over and the car was potentially sporting a fiberglass body in some sections, covered in nostalgic stickers and pin striping. There also appeared to be a full roll cage in the cabin, built in conjunction with the likely customized frame. The most exciting part however has to be the big block Chrysler rocking fully exposed headers up front. With enough ground wrenching torque to slaughter any pair of tires you put under it, this car was likely one mean machine in its day!

Last week Jared had returned to the property while he was in the area for work, and stopped by to check on the car. To his surprise the car had been pulled out of the collapsing garage and was being moved into the hands of the old man’s son. Jared was lucky enough to capture more photos of the car, and also share them with us. Thank you Jared! 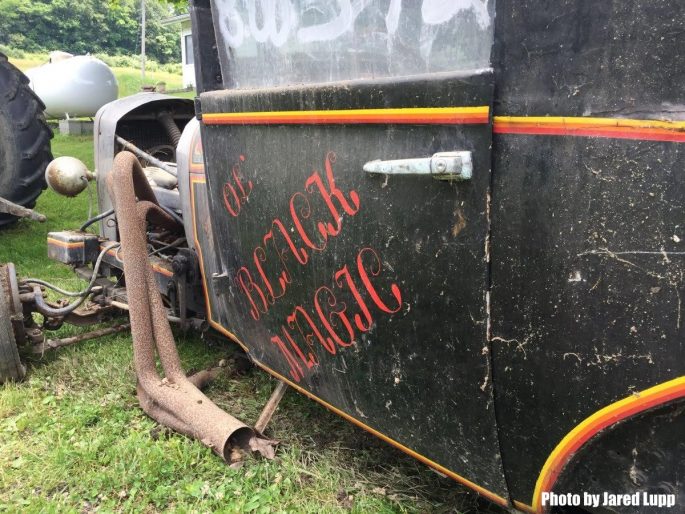 You can see more of this rescued Model A by clicking here for the thread! 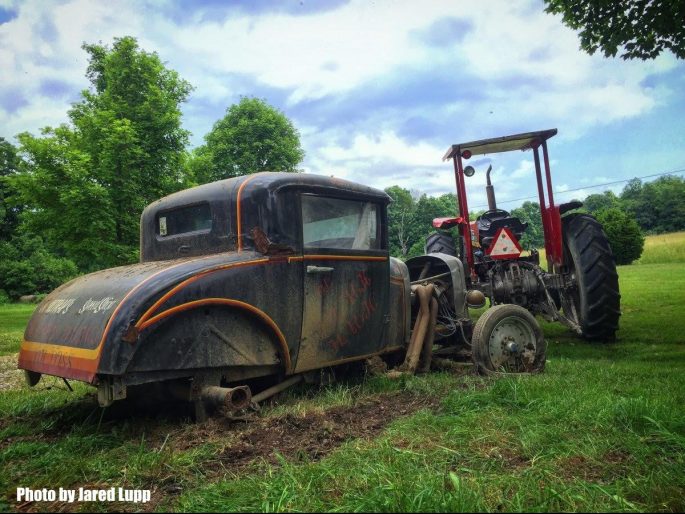 Over 240 MPH In A Half Mile - Sal Patel's Viper Is A Freaking Beast! We've All Done It: This Video Of A Drag Car Being Backyard Tested Is Funny - Note Shifter Position

One thought on “Automotive Archeology: Check Out This Big Block Mopar-Powered Model A Ford As It Comes Out Into The Light!”