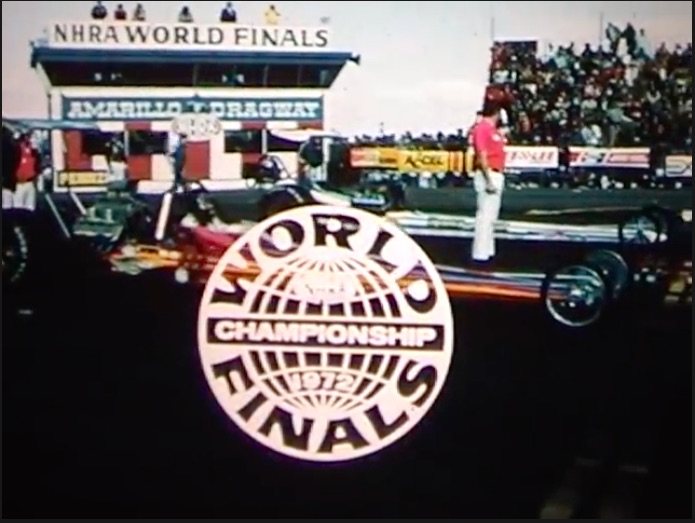 This is possibly the best way to start your post-Christmas Monday. You may be fortunate enough to have the week between Christmas and New Year’s off, but if you don’t we’re going to keep you entertained with some of the best stuff of the past year and some stuff that we find as we move ahead, like this. We’ve never seem this film until now and it’s really fantastic. It also shows the way that NHRA was televised for lots of its history, especially during the 1970s.

Outside of the Wide World of Sports coverage there would be syndicated shows made like this. Basically a production company would be hired to produce a show that could then be sold to local markets and channels. That’s what we’re guessing this show was. Why? It’s done in a very basic was, explaining each class, how the sport works, interviewing Wally Parks, and basically providing an educational tool for people that may have stumbled upon the broadcast while changing between the three channels they likely had on their TV.

From super stock to modified eliminator, to nitro funny cars, and top fuel, each class is explained. We love when the guy says that a top fuel car has a crew of three. Simpler times. The interviews with guys like Phil Castronovo, Kelly Chadwick, and others are crazy cool because there are people you NEVER see talked to on camera. Opportunities were rare and the cameras tended to gravitate toward the major stars in these moments.

You’ll hear from a couple guys running modified eliminator and right on up the scale.

This is one of the neatest drag racing films we’ve ever found!

NHRA Insider Podcast: A Romping-Stomping Look Back At 2020 On The Drag Strip The "WTF?!" Files: 100 MPH With Cops On Your Tail And Your Pit Bull Driving The Car!