Awful Windy In Here: Watch This Turbocharged Nova’s Passenger Door Do All Kinds Of Creepy Stuff At High Speed 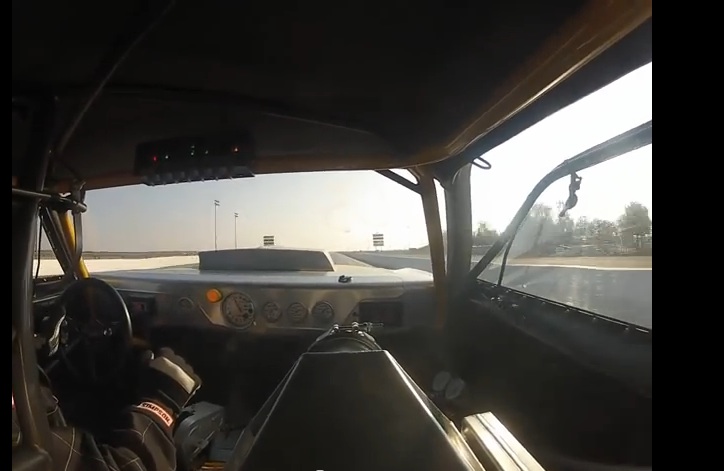 (By Jason Sands) – Good buddy Brian Peterson decided that the 9.0’s at 149mph that his nitrous Nova was running wasn’t good enough so he switched to twin turbos instead. The car jumped from 900 to about 1,600hp, and a whole new set of problems arose. It turns out that the Nova’s fiberglass door didn’t like the new 173mph trap speeds and decided to try and make its way away from Brian’s car and find a new Nova as a home in the pits.

“For all I know, it’s actually been happening for years,” Brian said. “You hardly ever look at the passenger’s door of a drag car, and if I hadn’t had the GoPro in there, who knows how long I would have gone with it doing that.” The door has since been reinforced and fixed, which is good, because it looked like it was getting windy in there!

Do You Read The Blog At OPGI.Com? Original Parts Group's Site Is Lots More Than Just Parts - Great Info Here The 1938 Bantam Is The Goofiest Looking American Car Ever....And This One Could Be Yours! Look At This Oddly Proportioned Coupe

One thought on “Awful Windy In Here: Watch This Turbocharged Nova’s Passenger Door Do All Kinds Of Creepy Stuff At High Speed”