Does Anyone Else Things It’s Weird That They Changed The Name Of Auto Club Raceway In Pomona, For An Allstate Commercial? 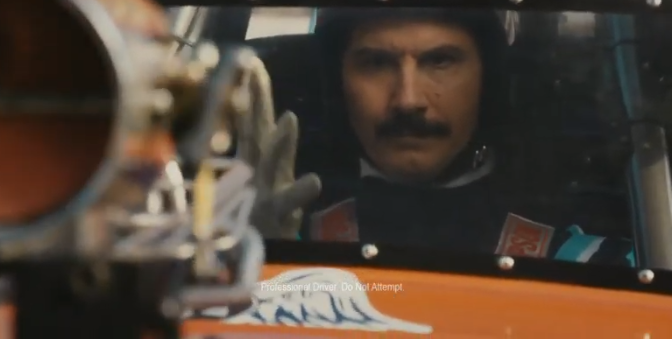 There have been a few people who have talked about this commercial on some forums and such, but the conversation has made me laugh. They talk about the inaccuracies, goofiness, etc, and apparently, lots didn’t realize it was shot at Auto Club Raceway Pomona, home of the NHRA Winternationals and World Finals. The commercial is goofy, and nobody with half a brain cell would think they were trying to be accurate or serious in the commercial, so I’m not sure why that would bother anyone. There are all kinds of inaccuracies and funny stuff that would be more at home with other forms of motorsports. But again, that’s not the part that makes me laugh. I’ll be the negative Nelly here and explain.

There are several very easily recognized dragstrips in the United States, and Pomona is one of them. It’s also one of the most expensive to rent for something like this. Clearly, Allstate has a big budget, and given the way they shot the commercial maybe it still makes sense to do it where the cost is so high. But there are plenty of other big dragstrips that could have been used that aren’t sponsored, and named for, a competing insurance company. This is the part that immediately made me do a double-take. With that said, maybe the LA County Fairgrounds and NHRA needed the money since they hadn’t been able to have events. Or maybe this thing got shot before COVID. Who knows.

What I do know, is that the coupe in the commercial is owned by the folks at Chino Hills Transmissions. They are good people, support lots of Southern California drag racing, and build a stout transmission to boot. They are the ones that did the build on the 4L80E that is in Ethyl, so it is cool to see their car on a major tv commercial like this.

Anyway, enjoy the commercial and let us know what you think.

How To Do A Wheel Alignment With A String! Yep, A String. Well, You'll Need A Tape Measure Too But Here's How You Do It.. A 2JZ Swapped Nash Rambler? That's A Daily Driver? With Carburetors And A Distributor? Yep! Watch.

5 thoughts on “Does Anyone Else Things It’s Weird That They Changed The Name Of Auto Club Raceway In Pomona, For An Allstate Commercial?”