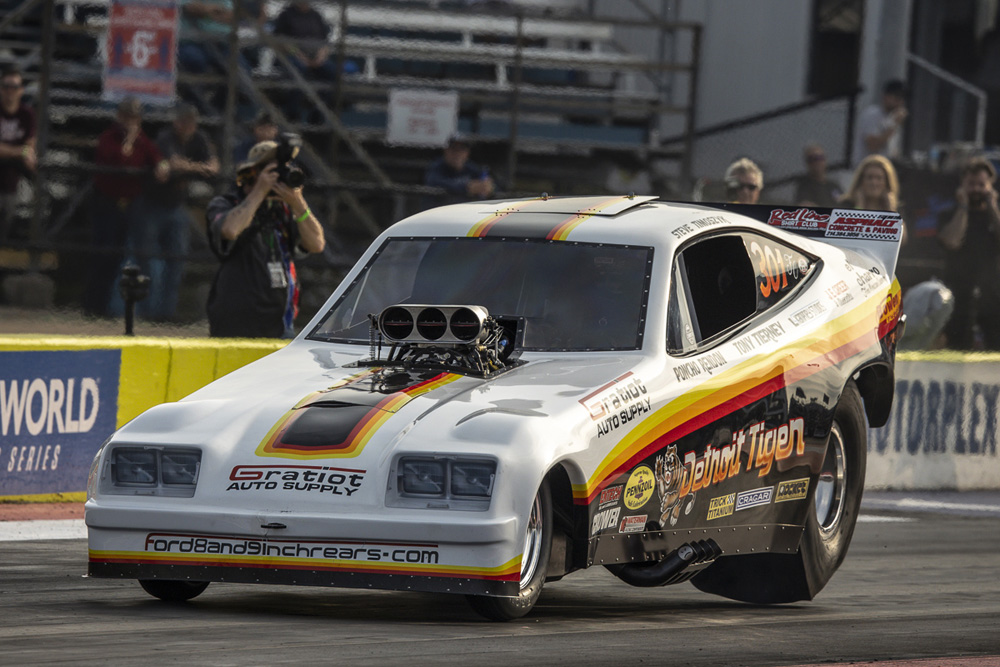 Darr was on hand at this insanely big funny car extravaganza, along with our friend Donnie Couch and photographers Randy Anderson and Dave Stoltz. They not only wanted to see this even for themselves first hand, but also share it all with everyone of you out there who couldn’t be there in person. Check out Darr’s words, and the second half of Randy’s photos, below.

(Photos by Randy Anderson and Dave Stoltz • Words by Darr Hawthorne) – As a teenager, funny cars have been that major draw keeping me coming back to the drags. Today’s Big Show cars aren’t the same attraction, yeah, they are the quickest and fastest and a bitch to drive, but not being able to identify a Big Three automaker’s body style without a vinyl nameplate across the top of the windshield, isn’t as much fun.

When hearing of the “Biggest Collection of Funny Cars” on Earth at Funny Car Chaos, it was time to drop everything and go. Sixty-four funny cars at Orange County kept the crowds there, but this race was going rival an old-school Bill Doner/Steve Evans extravaganza.

Bristol Goes Dirt: Look At What It Takes To Turn One Awesome Paved Oval Into The Ultimate Dirt Oval No, We Did Not Forget About AMC! We Celebrate The 401 V8 Here!

2 thoughts on “The Biggest Funny Car Field In History? 70 Floppers Arrive At The Texas Motorplex For Funny Car Chaos”