Watch Kenny Delco’s Rough Ride: Flips, And Spins, And Slides Oh My! Crashing Like This Is No Damn Good! 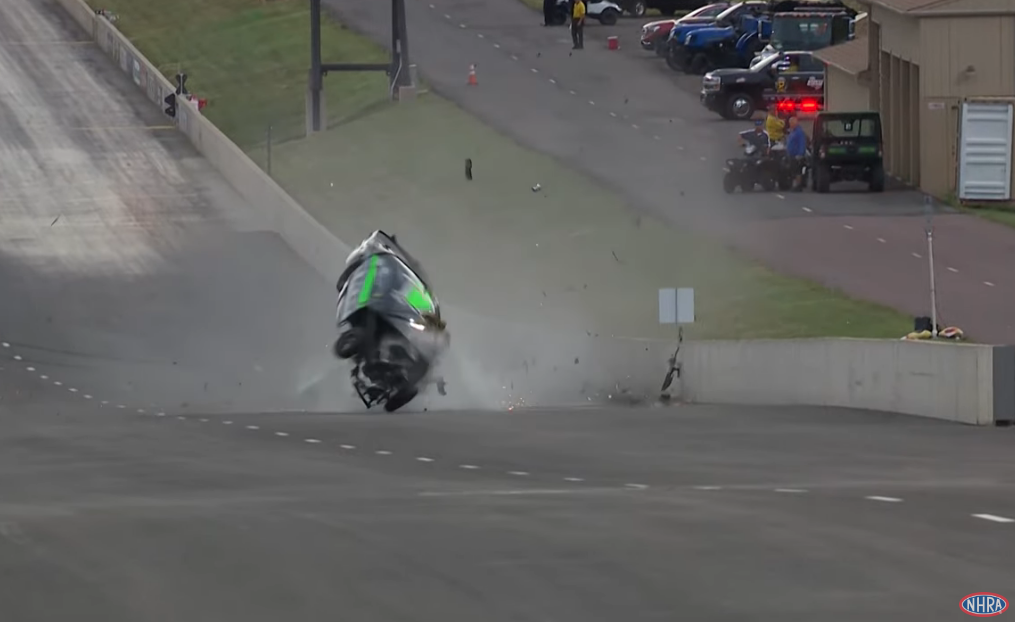 Racecars crash sometimes, it’s part of the deal. Compared to the number of laps made on dragstrips world wide each week, the number that crashes is really small but that doesn’t mean it won’t happen occasionally. It seems like there have been a lot of NHRA Pro Stock crashes over the years at Denver’s Bandimere Raceway, and part of that is because these ultra low drag and low downforce cars have even less in the thin air over a mile up the mountain. With that said, this one seems to have been caused by some mechanical failure. I can’t tell if it kicked the rods out and then spun in its own oil, or if something else went wrong. Watching the video closely it looks like you can see tire tracks from the rear tires the moment he starts to go left but I’m not sure if that is because the chutes got tangled in the wheelie bars or not. It looks like they are tangled when he makes the full left.

Regardless of what caused it, the end result is a really torn up race car but thankfully an okay Kenny. The safety measures in these cars are amazing and this one did it’s job. Even though it looked ugly, Kenny was able to walk away after getting out. Kudos to Kenny and we hope to see him out again soon.

Watch A Dump Truck Smash Into A House At Speed! Driver's View Build This Aluminum Boat In Your Garage From A Kit! This Thing Is Rad!