We Test Out The Brand New NHRA App! Live Timing From Anywhere In The World…And It’s Free! 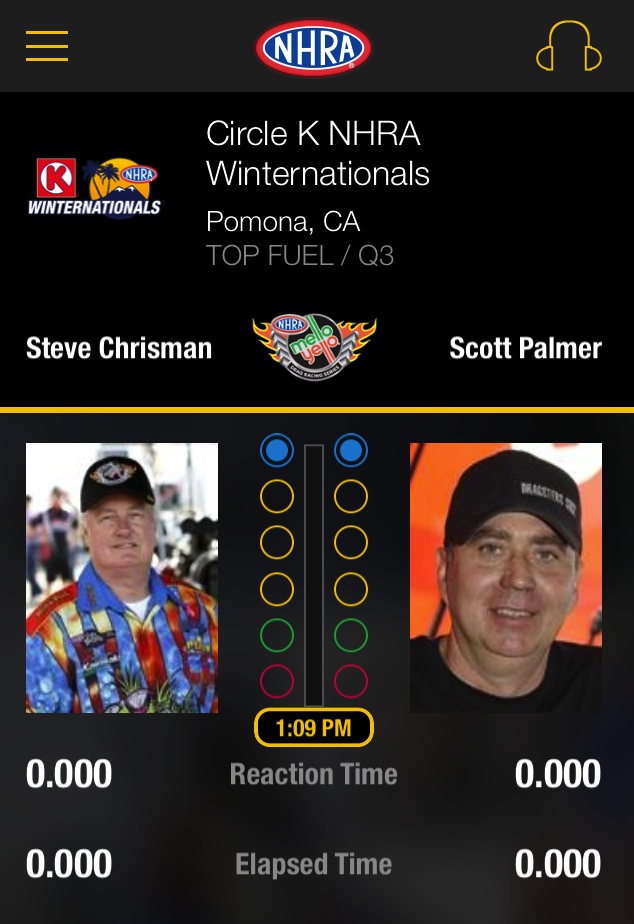 (By Darr Hawthorne) – This weekend at the National Hot Rod Association Circle K Winternationals, NHRA officials released their latest version of a Fan App to run on iPhones and Android phones where you can obtain live race updates, results, driver bios, schedules and more.

The new app will be offered in both a 100% free version and a premium version.  All of the features and capabilities are the same on both versions of the app, but upgrading from the old NHRA Mobile is FREE.  Downloading the NHRA Premium will offer an ad-free mobile experience for the one-time fee of $2.99.  If you’ve got the previous paid app, the NHRA Mobile Premium app will be updated free of charge.

Version 3.0.142 is available now for the iPhone, but a new and improved (without the bugs) app will be introduced as soon as the Apple gurus approve it for distribution.  According to the NHRA IT dude, that’ll take a couple of days, but once the app is at full throttle, fans will be able to watch results in “real time” with driver photos and bios, stats and current videos from NHRA’s YouTube page.  You can also purchase the 99¢ upgrade to hear the NHRA Audiocast directly from the track PA system with the sounds of Brian Lohnes at select races.

Eventually, Sportsman racers will be able to update their own info with photos and team stats directly on the app.  There will be an informative section called Inside the NHRA about Drag Racing, History, NHRA 101 a drag racing Glossary, etc.

Fans attending NHRA Mello Yello Series events across the U.S. will be able to get all the information they need right from their phones – at their seats, in the pits or sitting at home in your pajamas with a cold one.  You may run into the known bugs in this app, it’ll be a few more days before the updated version.

The current version of the NHRA App is available here for downloading.

Phunware has developed mobile applications for NBC Sports, the NFL, NASCAR, Turner Networks, and E!, among others and now the NHRA. 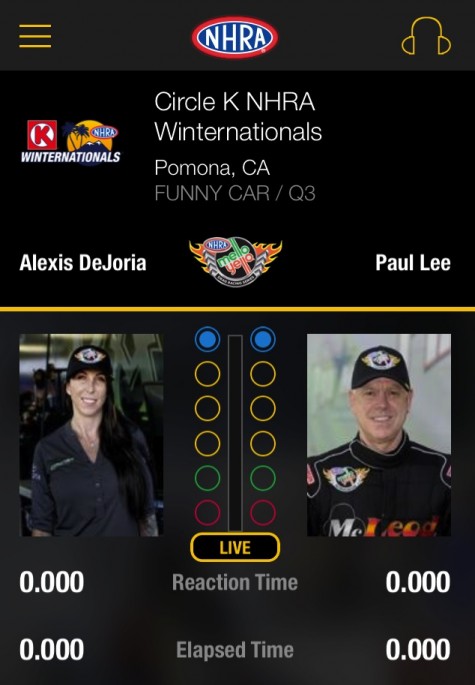 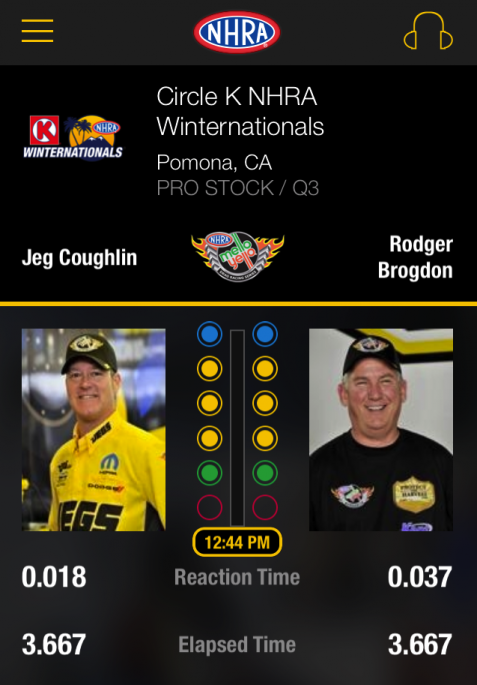 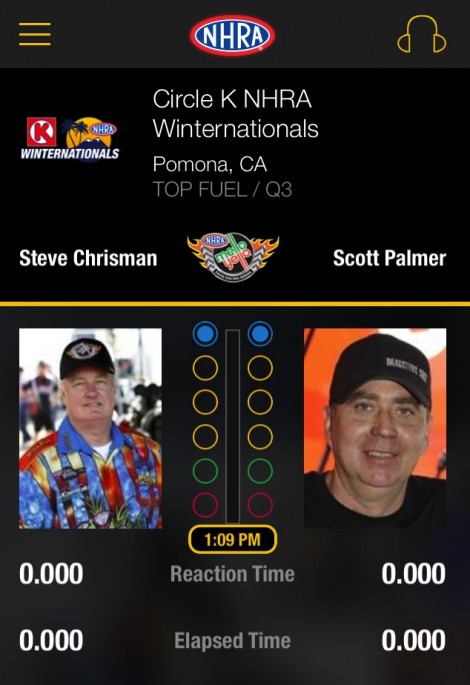 2 thoughts on “We Test Out The Brand New NHRA App! Live Timing From Anywhere In The World…And It’s Free!”