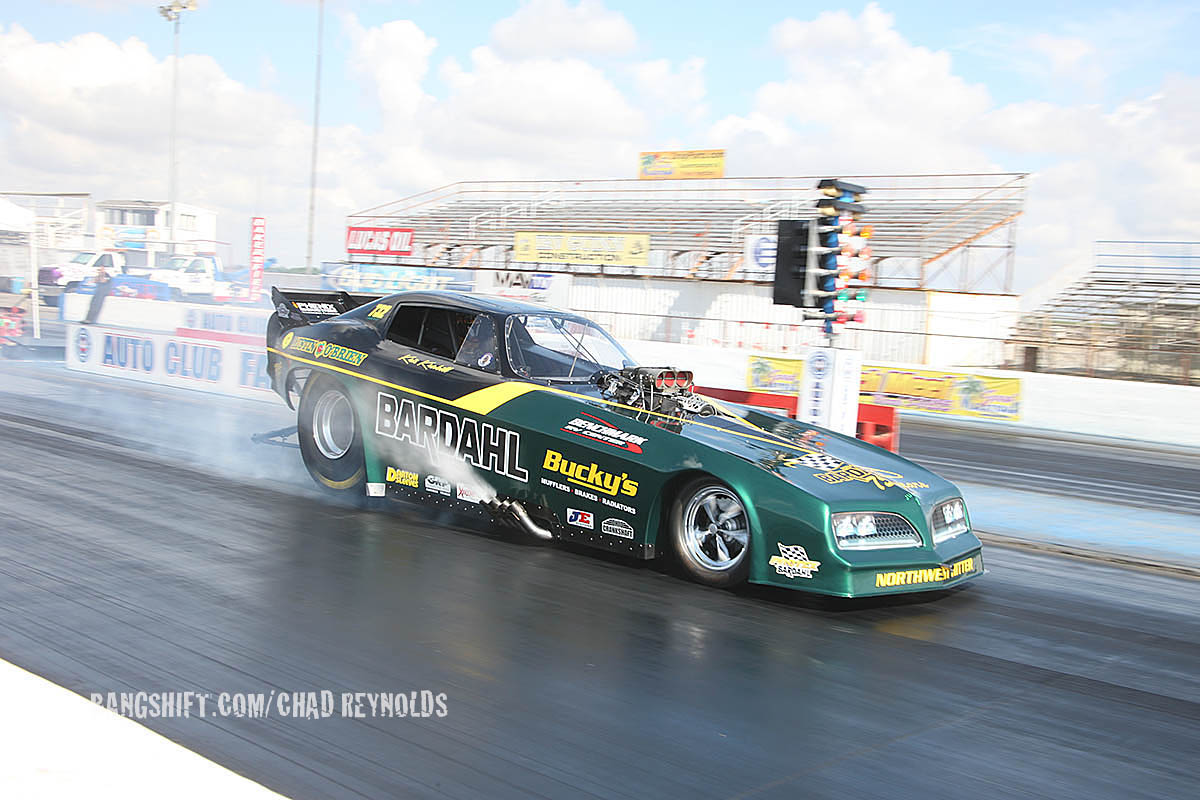 It was a beautiful day at Auto Club Famoso Raceway on Monday when Darr Hawthorne and I rolled in to check out the Nitro Test Session that goes on each and every year before the California Hot Rod Reunion. Bucky Austin arranges the entire thing and Blake, Bill, John and the rest of the crew make sure the track is awesome. And it was! There were Funny Cars, Top Fuel, Jr. Fuel, and A-Fuel cars on the property as well as Andrew Berry’s bitchin ProLine powered Camaro Pro Mod. While I shot photos, Darr shot video, and we’ll have that coming soon as well.

Nobody set the world on fire with record runs, but there were some really strong performances. And crew chiefs were all standing around talking about how tight the race track was and started putting more power to it. Of note was the California Hustler team, tuned by Ronnie Swearingen, who just kept chipping away at it and never hurt a single part all day. They kept getting quicker and quicker and then even through a totally different combo at it for the last run and pulled off a 5.88 at 249 just seeing what it would do. This is a car that could be a serious contender this weekend even if it’s a couple hundredths off the quickest car, as it consistently went down the racetrack without drama. And again, without hurting ANY parts. It was awesome to watch.

Getting to talk to all the teams was great as well. The Dream Weaver team was welcoming as always, and it was cool to see Bucky and their crew out having some fun and making good laps too. The Jail Break team struggled a bit, but I think they figured out some stuff that will have them in the show and feeling good over the weekend. The Crop Duster was looking awesome as always. There is just something sexy about that car. I love it.

And a special thanks to Pat Austin who had some really really kind words to say to me right before starting up his son’s A-Fueler. It is much appreciated!

I can’t thank everyone, including racers, fans, and the track staff at Famoso, enough for their support and well wishes after our announcement that an NHRA policy change is now precluding us from broadcasting live at the reunion. Maybe we’ll be back next year.

Until then, check out our first batch of photos! Video is coming later too!