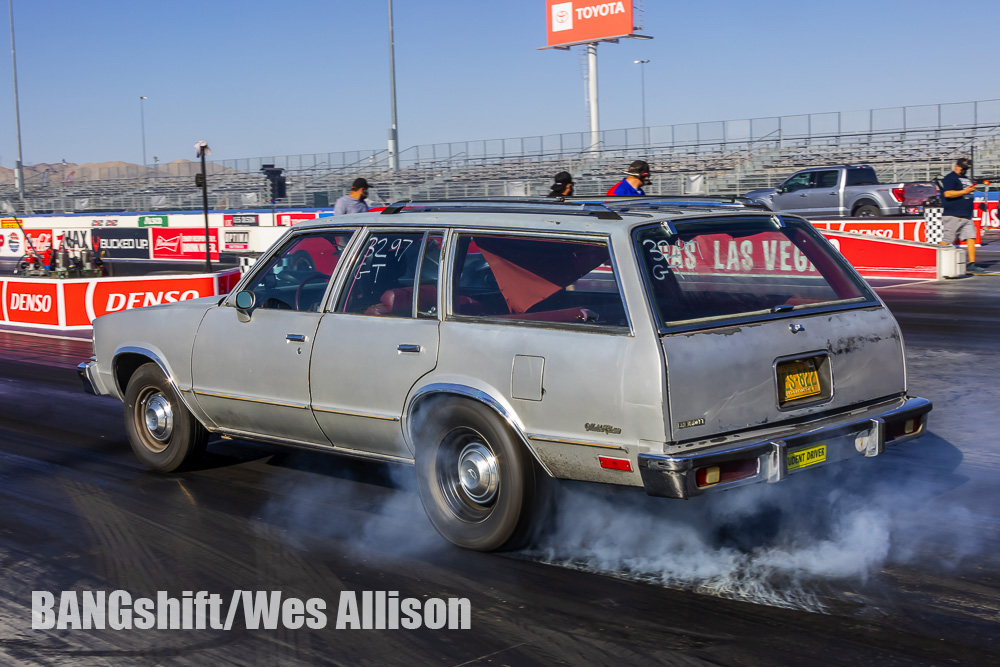 These are the last drag racing photos we’ve got from Holley’s LSFest West in Las Vegas. We’ve still got a couple more autocross galleries to run this weekend, but if you want wheels up doorslammer drag racing then this is the last hoorah my friends. Take a look at what we’ve got, cause there are some cool rides here, and don’t forget to click and check them all out!

Wanna Make Your Own Sheet Metal Brake? Watch This Exploring A Closed And Abandoned Auto Museum Full Of Classic Cars, All Of Which Are Going Up For Auction!

One thought on “Race Photos: More Drag Racing Action From LSFest West At The Strip At Las Vegas Motor Speedway!”