Exploring A Closed And Abandoned Auto Museum Full Of Classic Cars, All Of Which Are Going Up For Auction! 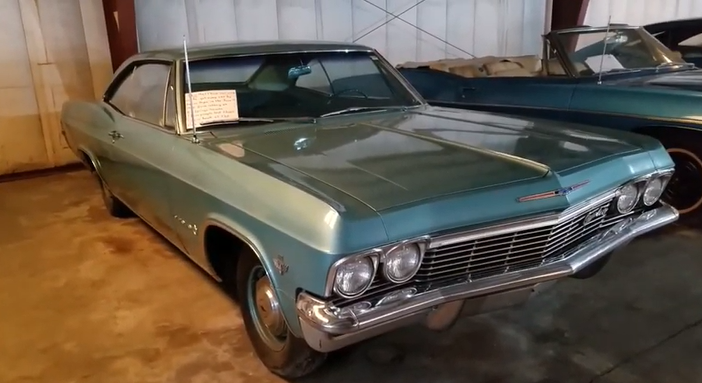 Here we go, another old collection of cool stuff that went up for auction. Unfortunately we didn’t realize this one was going on until yesterday, when the auction ended, but at least we got a taste of what was on the block thanks to our dude Rebeldryver aka Scott Liggett. This auction is cool, but sort of sad too. In Elm Creek Nebraska is an old automotive museum called Chevyland. It has been closed for several years now, but has still been a checkpoint for Rocky Mountain Race Week, and is a regular stop for roadtripping tourists. It closed, and has been sitting for years, and now has gone up for auction. We’re talking about a bunch of cars, including some pretty interesting stuff with crazy stories. Watch the video, you’ll dig it.

Here’s the video description from Rebeldryver.

We headed over to Elm Creek, NE to check out the now closed auto museum, Chevyland USA. The cars are now being auctioned off online at www.bigiron.com April 29th to May 6th. The place was opened in the 1970’s and its hey day was the 1980’s to 1990’s.The place has been closed for some time. There are a ton of old Chevy’s, plus several other makes and models of cars.

Race Photos: More Drag Racing Action From LSFest West At The Strip At Las Vegas Motor Speedway! Andy From Motion Raceworks Makes His First Rip In His Twin Turbo GTO, And Gives Them Hell At Cleetus And Cars With The Bald rEAGLE.