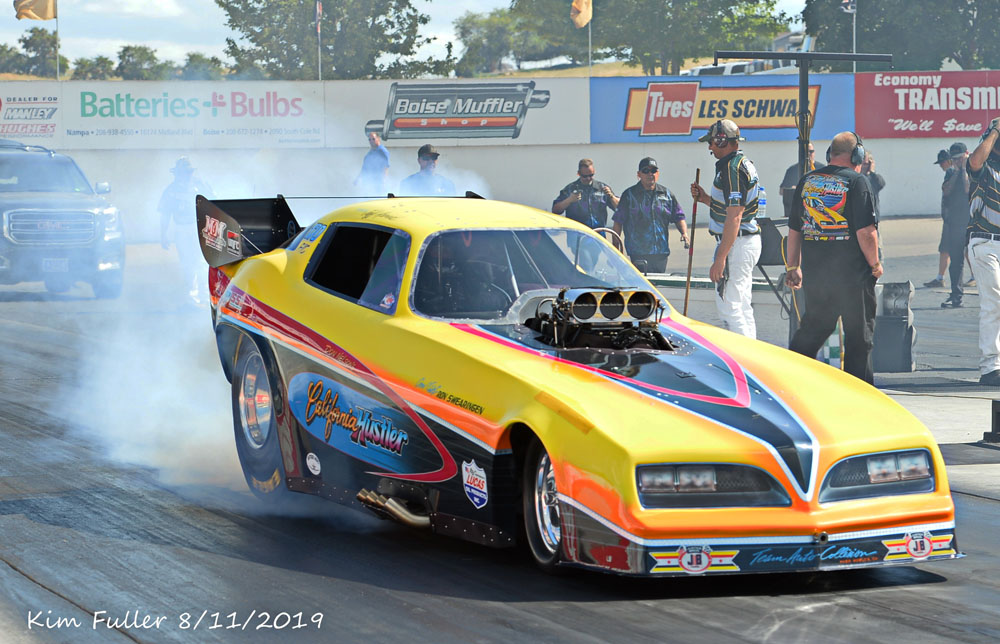 (Photos by Kim Fowler, Sandra Alberti and Darr Hawthorne) – The 48thPepsi Nightfire Nationals, held at Firebird Raceway, has an incredible history, but the New family, track owners don’t rest on the past.  The Nightfires have evolved into one of the top nitro races around and always a fight for the finish line and the NHRA Wally and points for the Heritage Series Championship.

Going into the event’s nitro funny car class, Jeff Arend was coming off a win at the Holley Hot Rod Reunion in Don Nelson’s “California Hustler” Firebird and only one-round behind 2014 Series Champ Dan Horan in points. 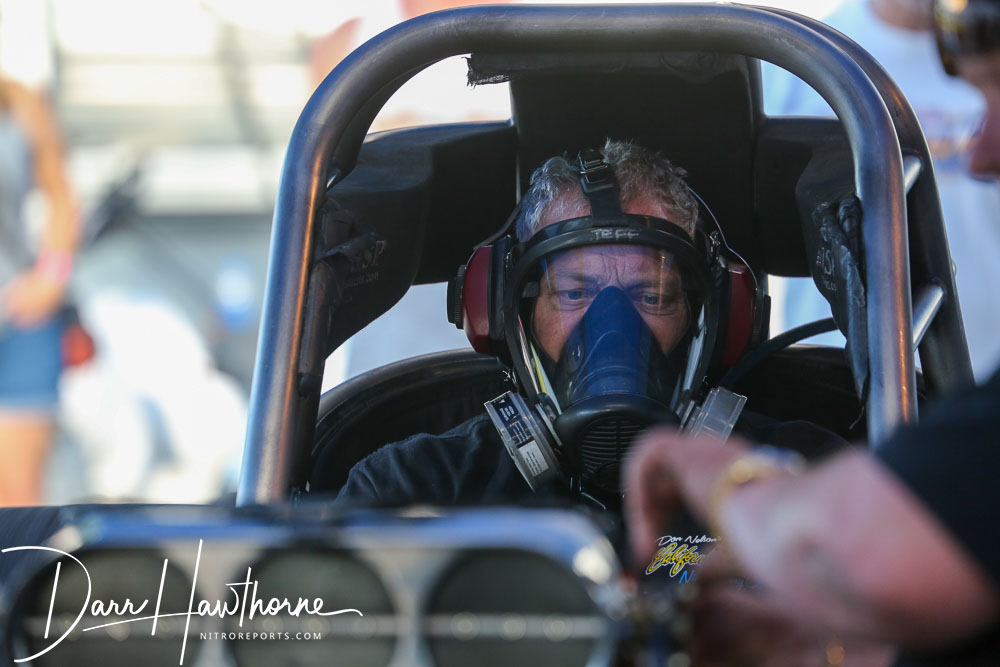 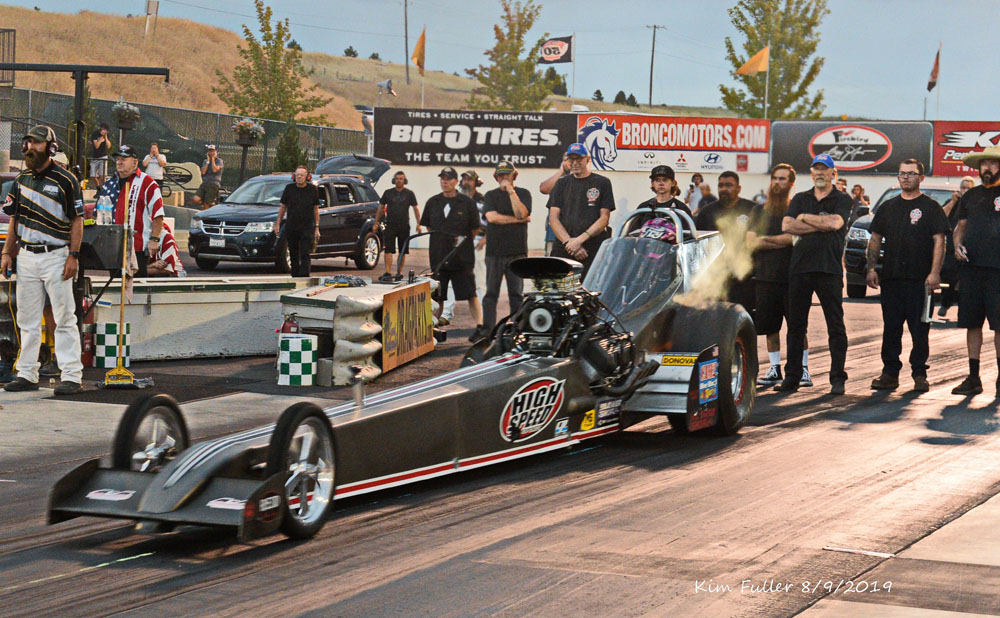 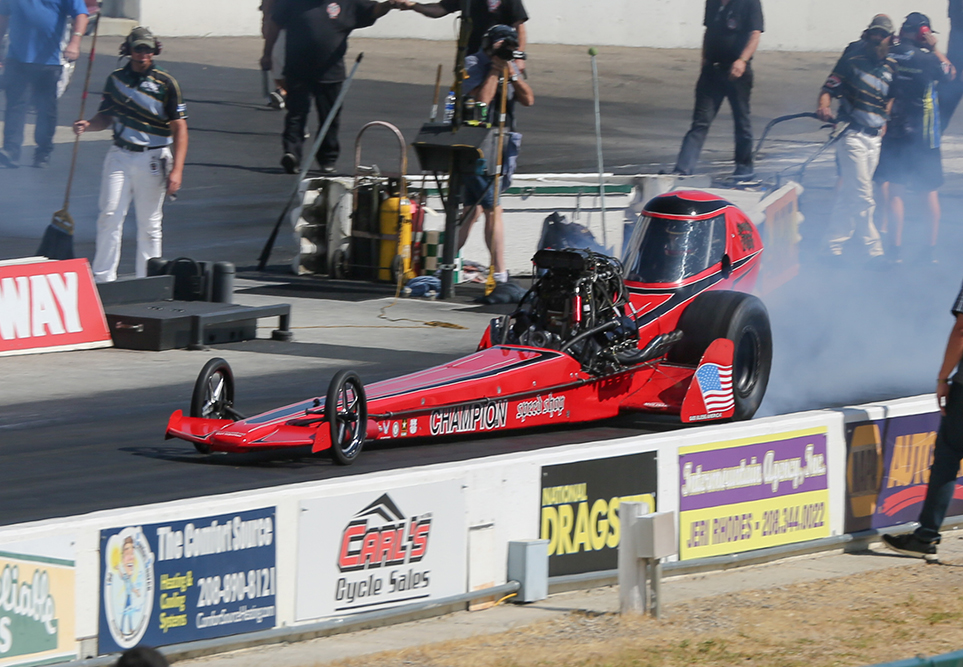 The AA/FD semifinals saw Adam Sorokin run 6.05 to defeat Jim Murphy, while Mendy Fry amazed the crowd with a track record 5.59 to crush Tyler Hilton’s Chevy-powered dragster. In the final, Fry roared to a 5.62 ET at 254.76 to a slowing Sorokin, at 6.08 ET. 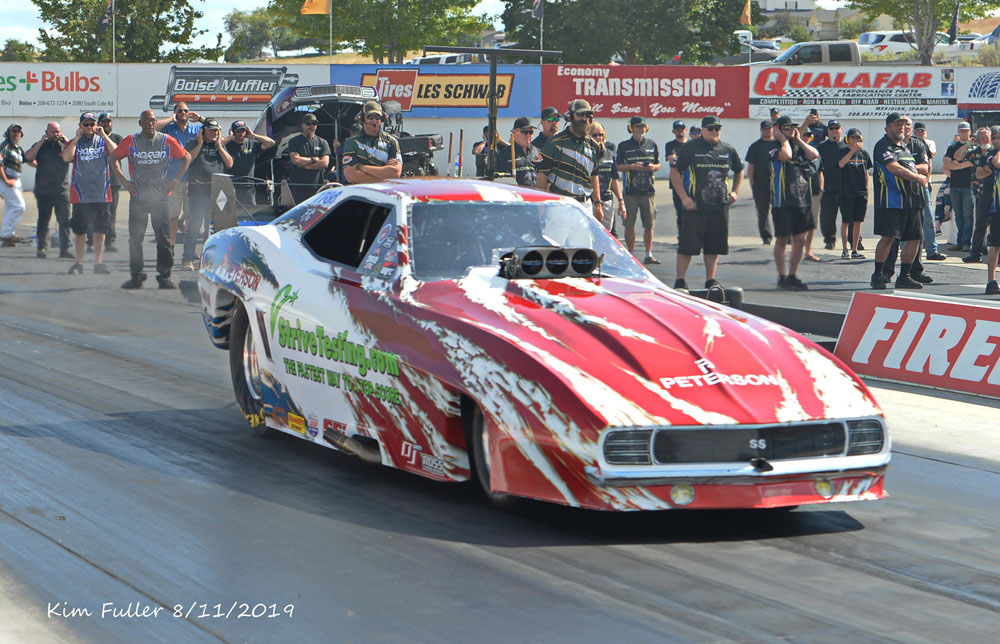 In round one of nitro funny car eliminations, Dan Horan Jr. set low ET with an awesome at 5.66 8 and set the Firebird Raceway track record speed mark with a 261.52 mph, defeating Matt Bynum’s off pace 7.454. Nitro funny car newcomer Tony Jurado in his “Capitol Punishment” Camaro defeated “Problem Child” Billy Morris with a 5.847. Jeff Arend narrowly beat Bobby Cottrell 5.746 to a 5.796 from the Austin & O’Brien entry, and Ryan Hodgson routed Tim Boychuk 5.693 to a 5.802 ET’s. 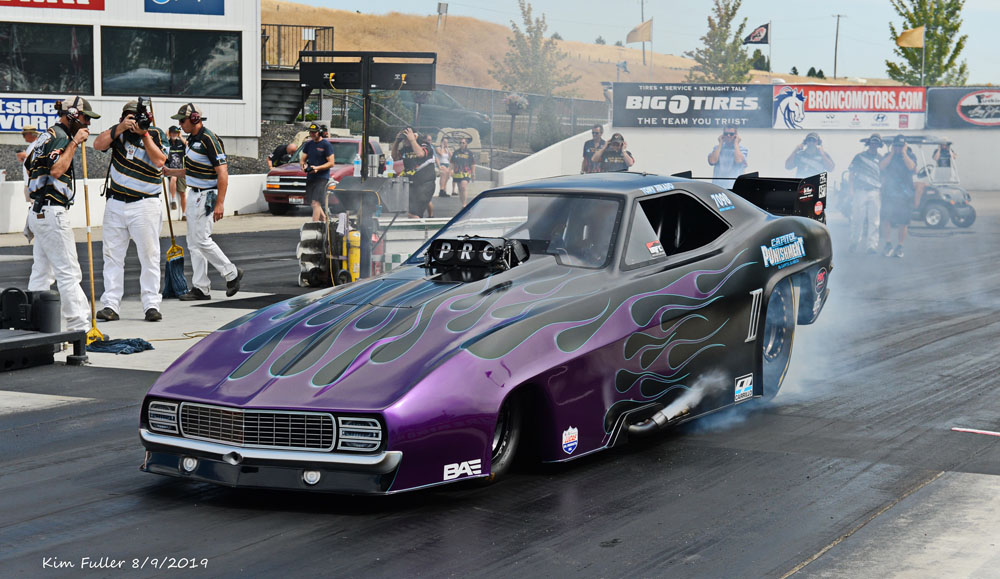 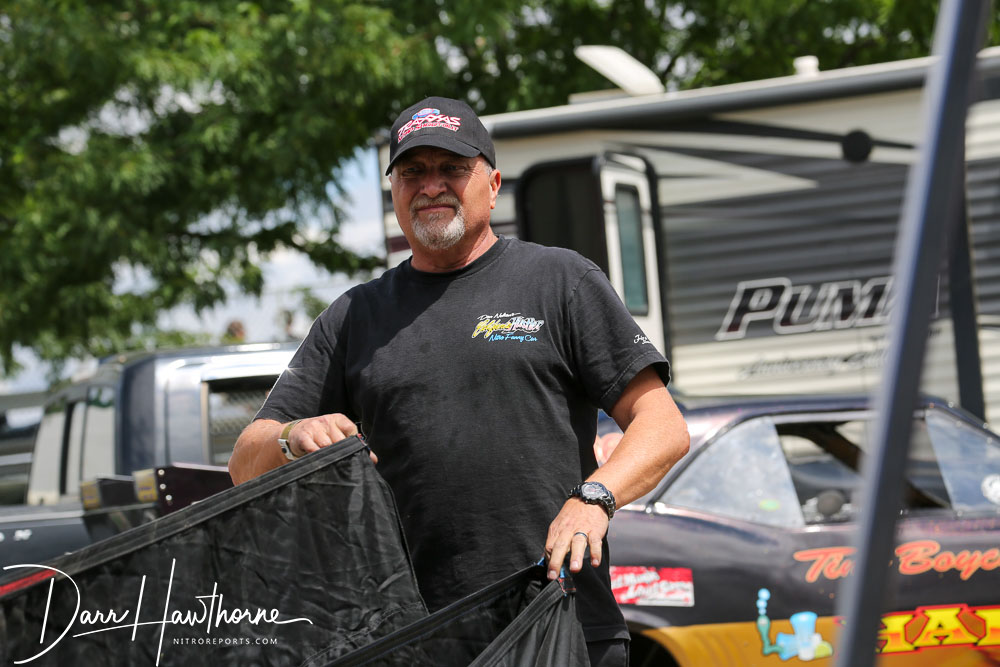 With his second win of the season, Arend commented, “Ronnie Swearingen and this crew have given me a funny car that can win in any round and we’ve been number one qualifier at three races this year, too. I’m enjoying this a lot!”  Arend also won the Nightfire’s Burnout contest with a $500 prize. 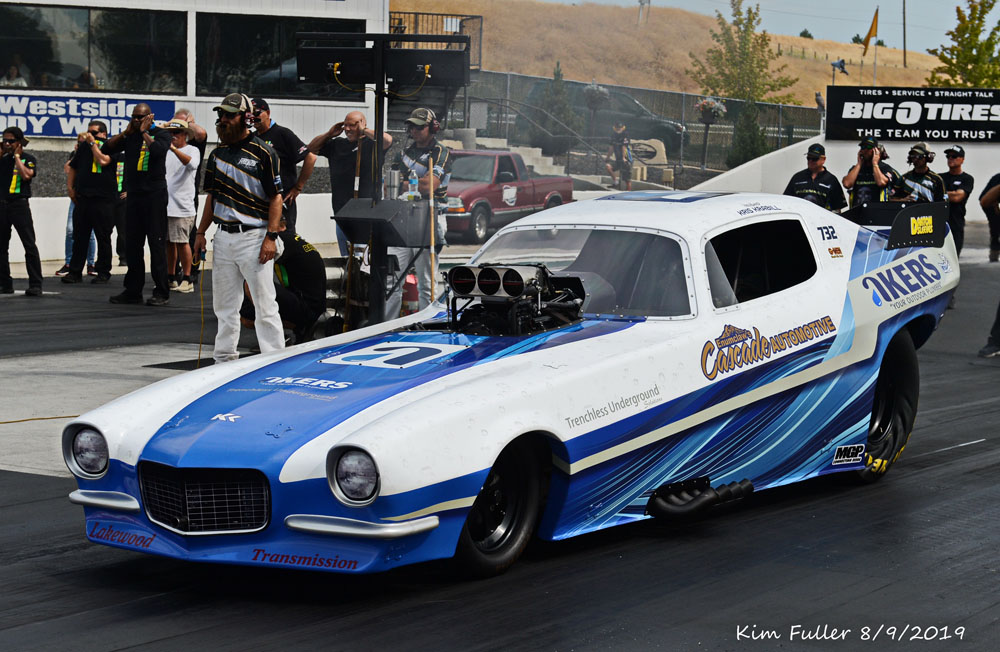 Kris Krabill who posted a best of 5.76 en route to the title in the final round against Bill Windham’s Camaro earned the Tater Baker trophy and cash.

AA/Fuel Altered was a repeat of the 2018 Nightfires as Dan Hix and his “Heatseeker” Fuel Altered took a narrow victory over Tom Padilla. The close race had a 6.13 ET for Hix to a 6.15 for Padilla, which made it two-in-a-row for the “Heatseeker” team. 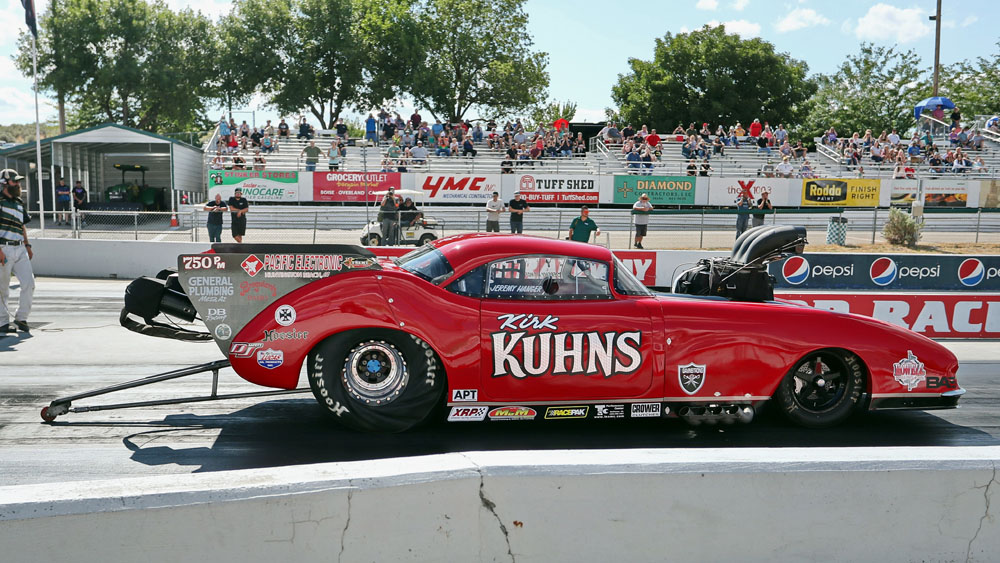 The Xtreme Pro Mod Association attracted 9 cars to compete. In the final, Jeremy Hanger drove Kirk Kuhns’ red Corvette to a 5.937 to defeat Bret Williamson who finished with a 6.114.

Check out our Gallery from the 48th Nightfire Nationals!

Prize Thoroughbred: The Bullitt Mustang Is Going To Be Auctioned Off By Mecum Vicious Dyno Action: Watch A PDRA Pro Boost Engine Get Pulled Over 8,000 RPM - Hellacious!