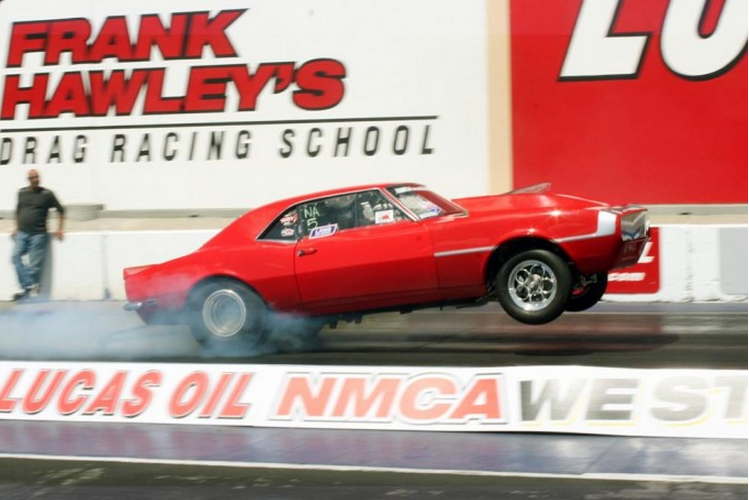 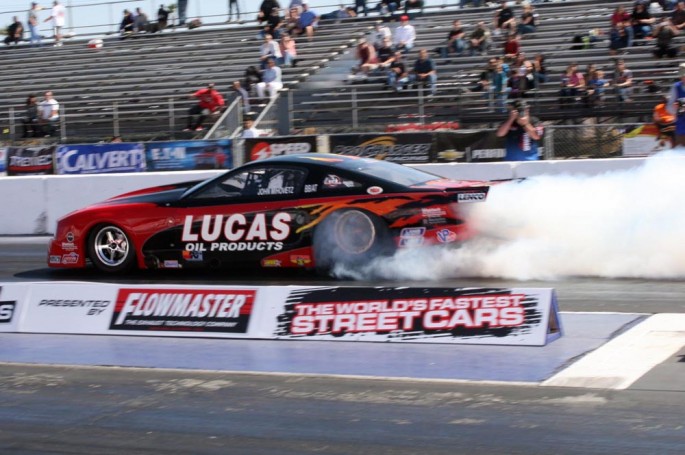 John Mihovetz Ford-powered Mustang running 5.187, at a shortened 1,000-foot length, led the Garrett Turbo-sponsored Pro Mod class, with eight quick and mostly turbocharged racecars in the pits. Although Pro Mods have raced at Auto Club Dragway since the very beginning, it was determined that a little longer stopping distance on the top end for shutdown, might work better for this event. 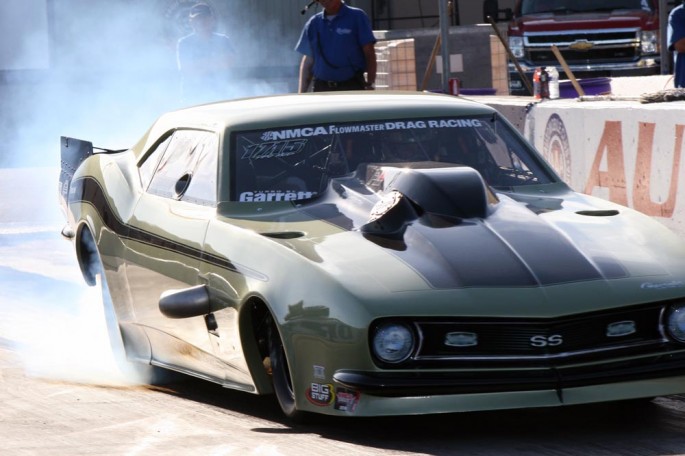 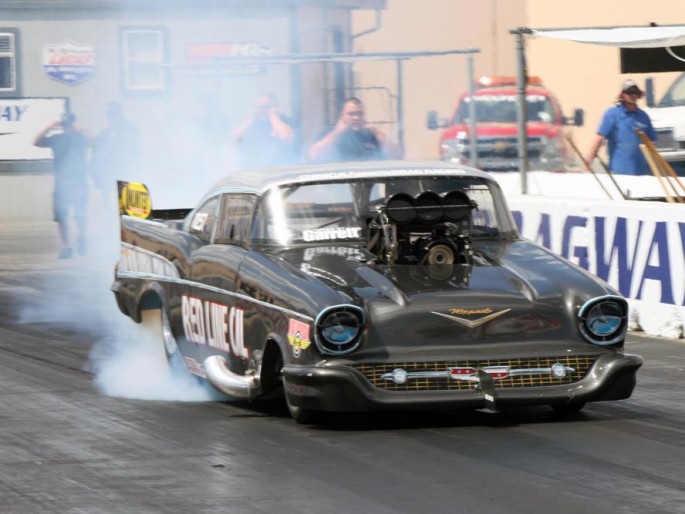 Mufflers seemed to have little effect on Scialpi’s performance as his Chevy landed him in the second qualifying slot. During sound testing earlier this year, Scialpi and Mike Maggio were too loud to race at the dragway with their traditional zoomie headers. 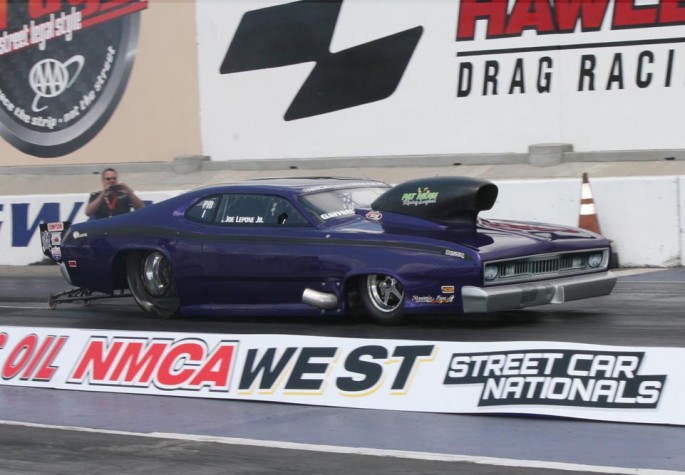 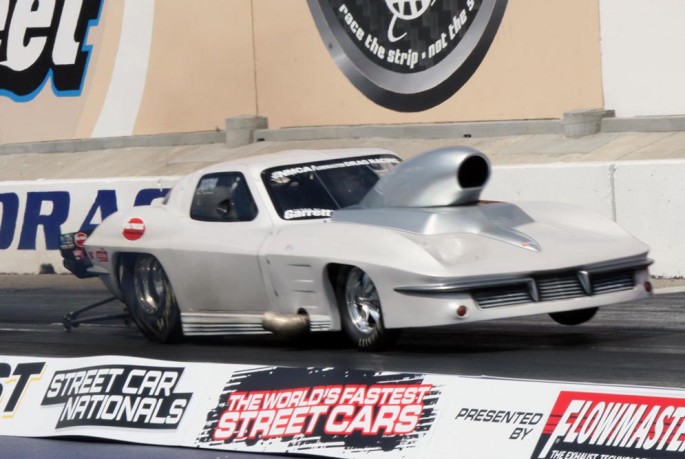 The New Mexico-based Chevy-powered ’63 Vette of Robert Costa was 7thin Pro Mod with a 6.207. 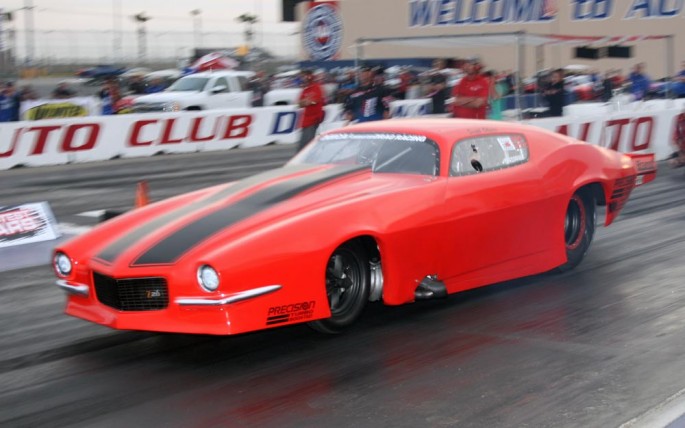 In the first round of eliminations, Scott Oksas and his Bill Hickock-tuned ’70 turbo Camaro ran a 5.385 to Joe Lepone’s 5.477 and Mihovetz defeated Andy Berry. Mihovetz improved on his qualifying number with a 5.165 to Berry’s off pace 6.184. 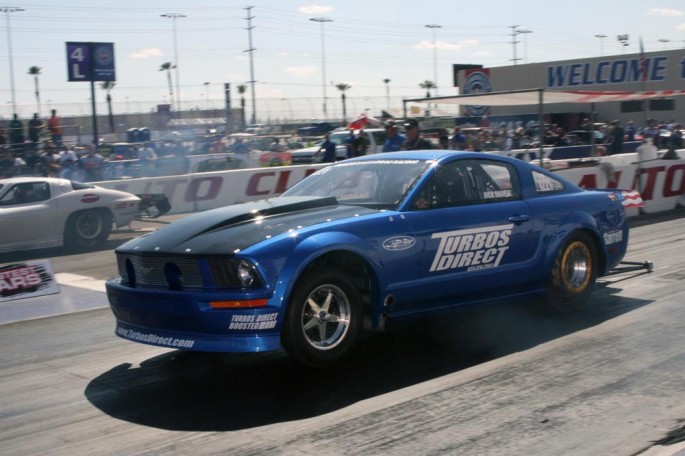 On the other side of the ladder, Rick Snavely drove the Bothwell Motorsports ’05 Mustang defeated Greg Seth Hunter’s red Mustang and Robert Costa’s Vette won over a tire spinning John Scialpi. 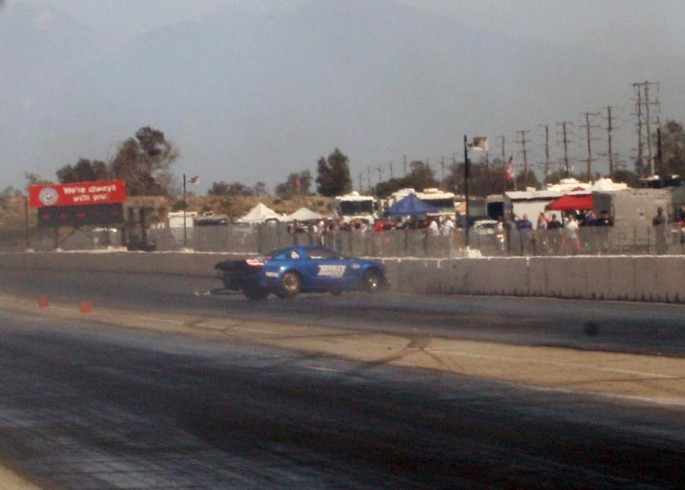 Later in the Semi’s, at the start Rick Snavely was out on John Costa, but Snavely got out of the groove, corrected and crossed the centerline behind Costa and bounced head-on into the guardwall in the opposite lane. Snavely was unhurt, and back in the pits; the Mustang didn’t look nearly as bad as it could have been surviving that crash. Reportedly Bothwell Motorsports has a new Pro Mod just about finished for the rest of the season.

John Mihovetz took a starting line advantage to a hole shot win over the Camaro of Scott Oksas. A 6.535 by Mihovetz was enough to defeat Oksas who ran a quicker 6.299. 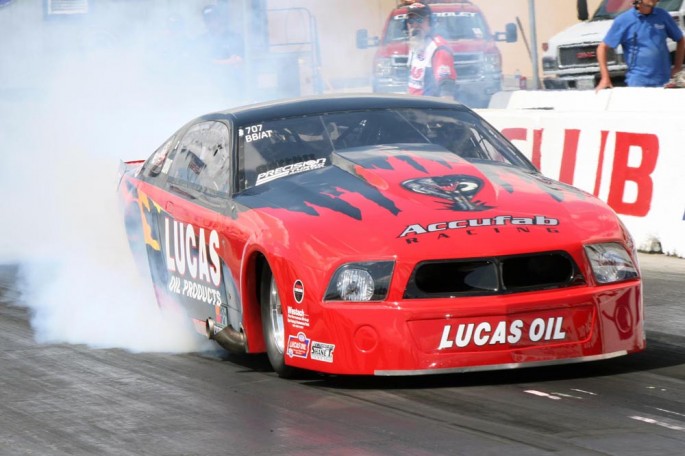 In the final round, Costa had the starting line advantage in his match with Mihovetz, but Costa’s Vette slowed at mid-track giving Mihovetz another win running 6.535 and a trip to the winners circle. 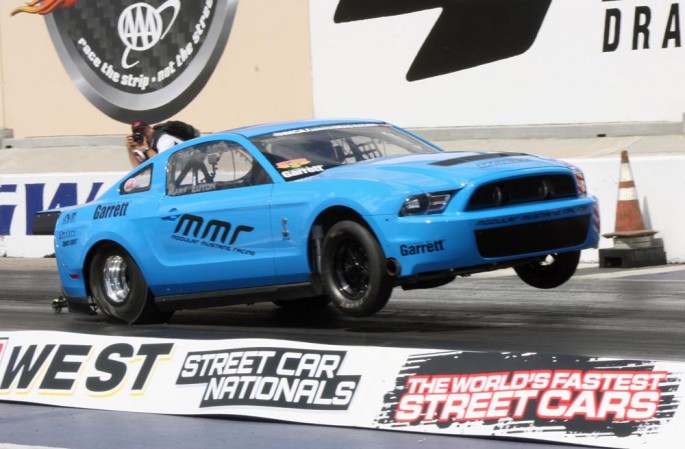 In the Mickey Thompson True Ten 5 class it was Mark Luten in his ’10 turbo Mustang over the ’05 Mustang of Dana Cook, who left the starting line early with a foul start. 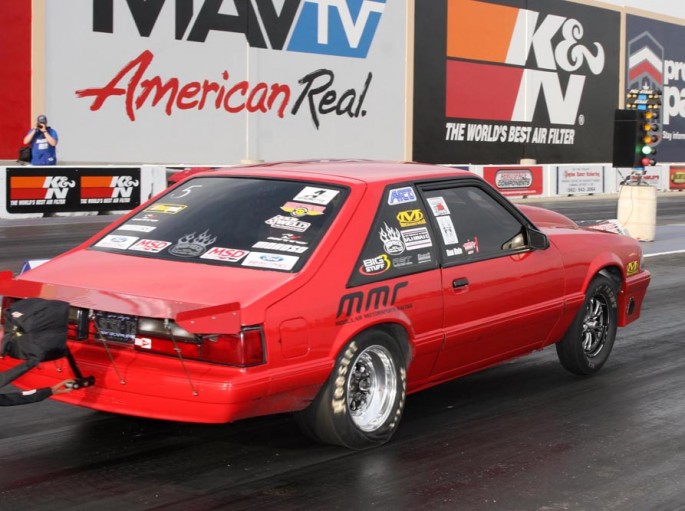 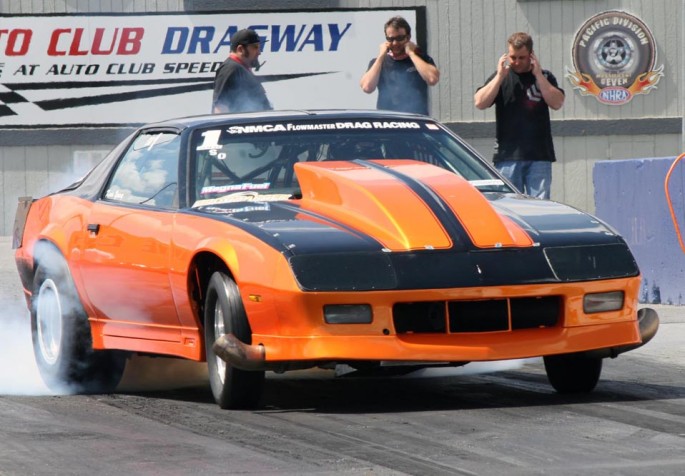 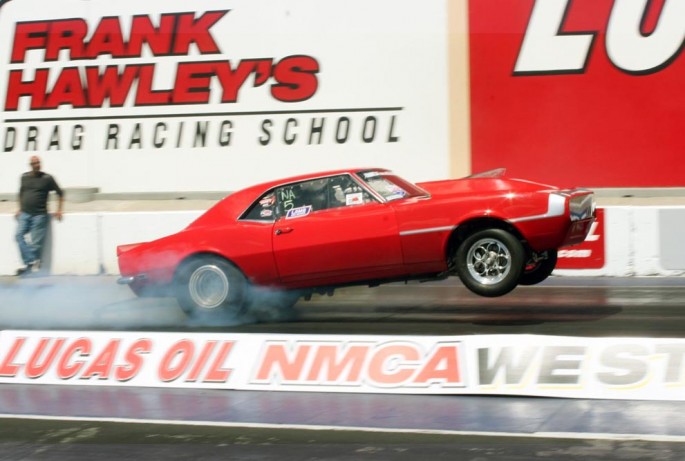 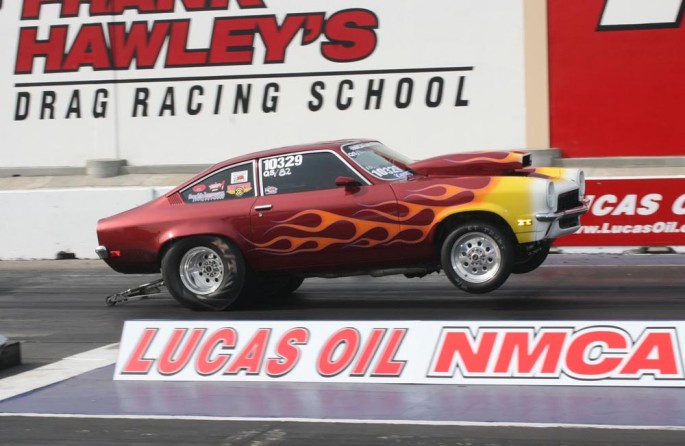 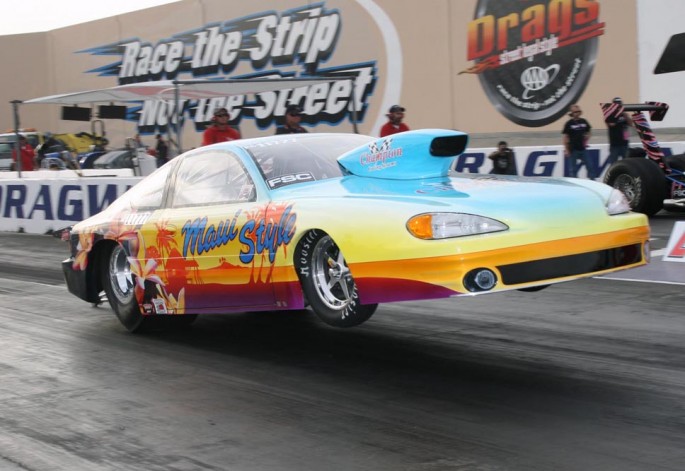 In NMCA Pro Comp Index class Bob Harris in his ’02 Pontiac reached for the sky and in the final round defeated veteran Paul Weichmann for the trophy.

The 2014 Chattanooga Cruise-In Is Tomorrow! Don't Miss One Of The Coolest Events In The South - See Our Pals At Powermaster There! Craigslist Find: A Huge, Rusty, And Awesome 1955 International 140 - Factory 4x4 Dually