Introducing Project Phantom: Happiness Is Two Bad Ass Mustangs In The Garage. This Couple Has Got The Horsepower Fever Bad 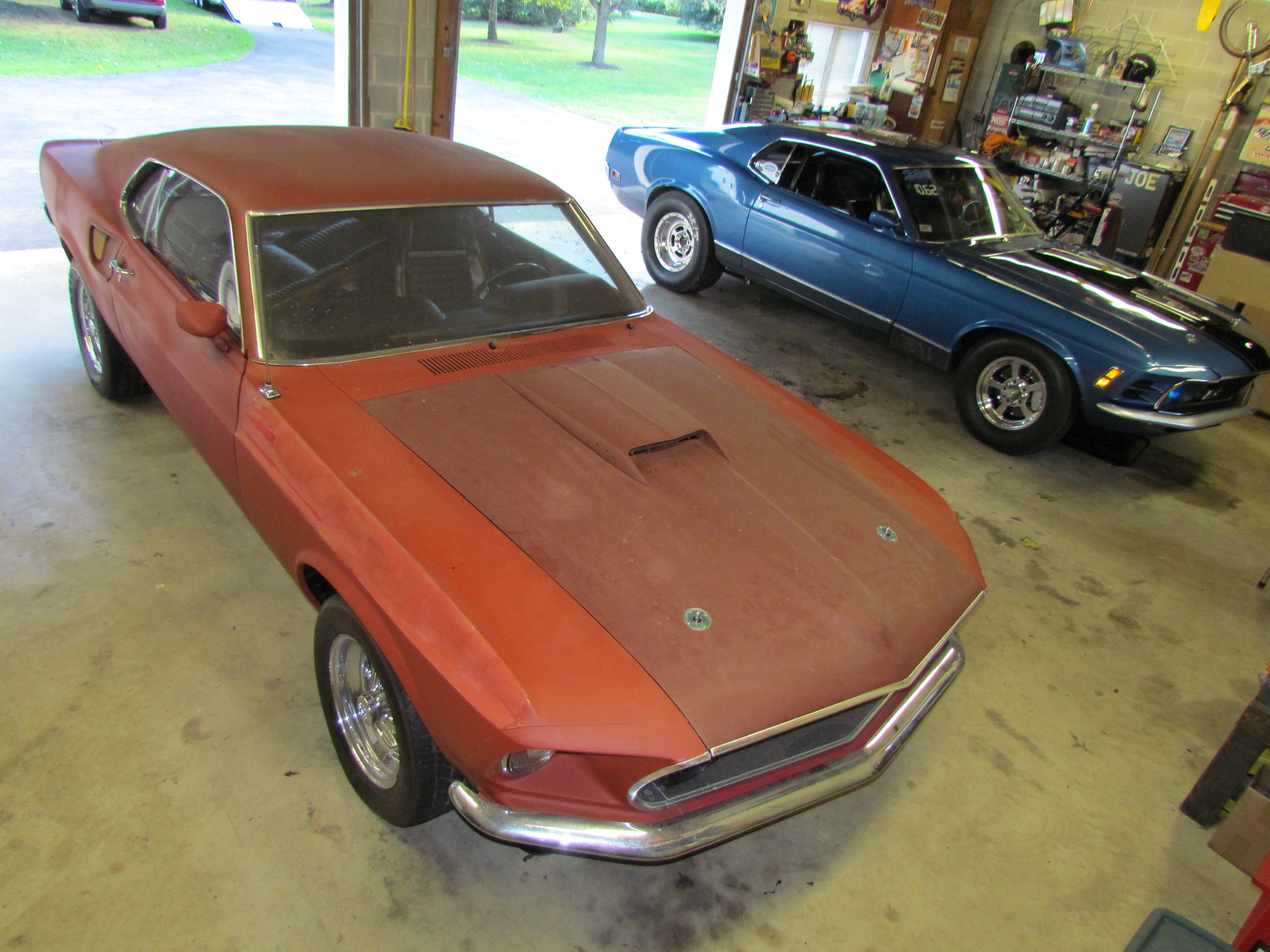 When Joe Grippo, one of awesome freelance picture takers around here, shows up at the race track with his wheelstanding 1969 Mustang it is always a riot to watch. This is one dialed small tire care that just looks right and runs right each time out. But what Joe is also known for is his sidekick, and lovely wife, Stacey. She’s always there, and always happy to be a part of the car scene whether it is races or shows. And she too has an affinity for Mustangs, so you can see where this relationship gets some of it’s strength, but now its her turn for some good quality time with a project. And here’s the story of how Project Phantom came to be. Stay tuned for way more on this one!

(Words and Photos by Joe Grippo)

In the late 1970’s in the Southern New Jersey town of Egg Harbor Township, a hard-working bricklayer named Harold Slick was on the lookout for his next street machine. Slick had earned bit of a reputation in the local nighttime clandestine street racing scene after owning a string of badass rides like a ’55 Mercury, a ’63 Corvette and an L79 ’66 Chevy II. So, the next one needed to be just right. One day heading home from a job site he spotted it, a 1969 Mustang fastback for sale on a used car lot, doing a slow role past it for a closer look, he knew it was the one. The next day Slick dispatched his wife Diane and young daughter Stacey to go make the deal and bring it home. They went to the lot where it was supposed to be, but the Mustang was nowhere to be found, poof, gone, like a ghost or maybe a phantom. The Slick family chalked it up to a missed opportunity and the search continued. A few weeks later while checking the classifieds in the local paper (remember this was 1979), Harold saw an ad for a ’69 Mustang. He wondered, could it be? And it was! The phantom Mustang showed up again and Slick snagged it from a guy who had bought the car for his daughter, but she didn’t want a stick shift.

What he got for his $350 was a real deal Candy Apple Red, ’69 Mustang GT with a strong 351 Windsor with a 4bbl and backed by a toploader 4speed with factory disc brakes. 40 years later it’s a very desirable muscle car but to Slick it was just a street fighter and for the next few years that was its life. The family appropriately dubbed the car “Phantom” after its disappearing and reappearing act. As the family’s fun car, Harold, Diane and their daughters Stacey and Michelle would often take Sunday blasts around town and when dad would lay into it on the wonderful Jersey roads the girls would giggle at the SCHHHCHUNK sound the Fenton Mag shod N50 bias-plys would make as they slapped against the quarter panels! I guess Slick didn’t have enough pressure in the air shocks! Memories were being forged and in later years oldest kiddo Michelle would later even get chauffeured to her prom in it. But alas, eventually time would catch up to the Mustang, the well-worn 351 developed an internal knock and was replaced with a remanufactured engine from Rice and Holman Ford. Before plopping it in though, Slick took the new mill to local hot rodder and machinist John Steeleman for some go-fast stuff. A little head work, a new Crane Cam was stabbed in then an Offy intake and a new Mallory dual point distributor were installed for Phantom’s second wind. Unfortunately, New Jersey’s strict emissions at the time prevented Harold from seeing the potential of this new combo, and then tragically, Slick took ill and passed away entirely too early. The car sat in the backyard with a tarp over it under a tree for many years. 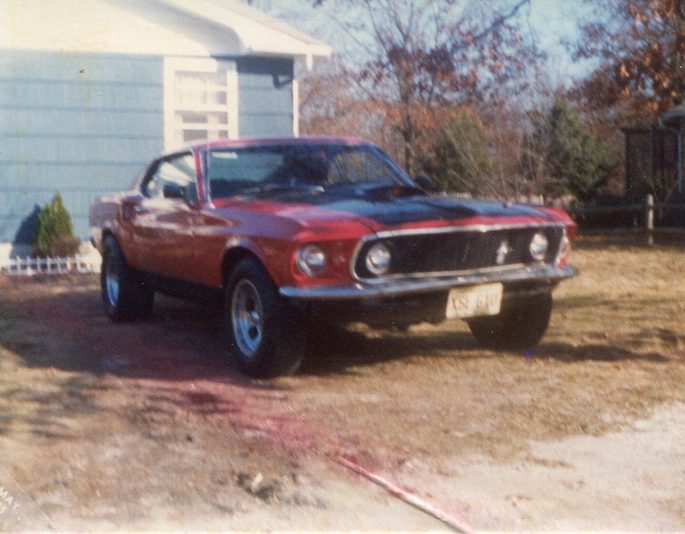 Fast forward to the early 2000’s when Stacey, Harold’s youngest daughter, prompted her mom and sister to get Phantom back on the road. Stacey clearly inherited the muscle car gene from her old man and has been the driving force of Phantom’s rebirth from the start. Enlisting help from Harold’s brother Eric, who had a mechanical wild streak of his own right with a history of Chevy II drag car and a few chopper motorcycles, the girls with some funding from mom commenced to get the car running and even started some much needed body work. But, as with many well-intended projects, sometimes life gets in the way and the project stalled, and the car sat again but this time in a nice, dry garage. 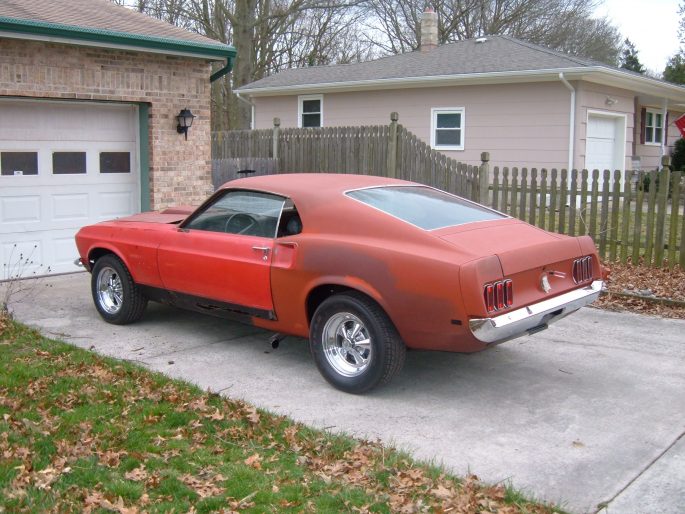 Fast forward again to 2006, I met Stacey Slick and we fell in love, moved to my home state of Pennsylvania, bought a garage with a detached house and eventually got married. Then around 2012 we brought Phantom across the bridge to our place and formed a plan to get it going once again. We started with the mechanical stuff but as we dug in further it became painfully clear the Mustang needed WAY more work than we thought to be safe and roadworthy. So yet again, the project ground to a halt. It took some time, but a new plan was formed and after some hard choices and some major sacrifices, we are diving in again to bring Phantom back. This is my wife Stacey’s project, I am just the sometimes helpful wrench, she is calling all the shots, making all the decisions and doing a lot of the work. This is her dream car. There is a budget, we don’t really know what it is, but it is not unlimited. There is no timeline, but we have some loose goals. There is a vision for the car, Stacey wants it true to its original look but with some selected updates in the right areas. This time around it will go back down the road and maybe even the dragstrip.
So, keep checking here on BangShift and look for periodic updates on Project Phantom and follow along as we put a four wheeled member of the family back on the road and make Stacey’s dream a reality. 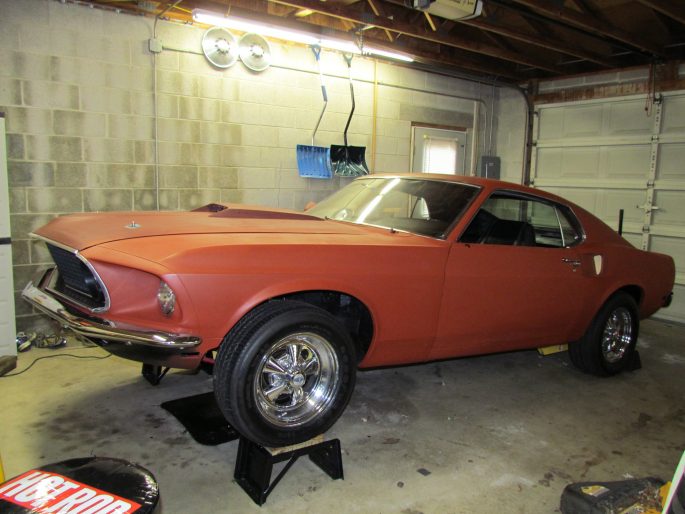 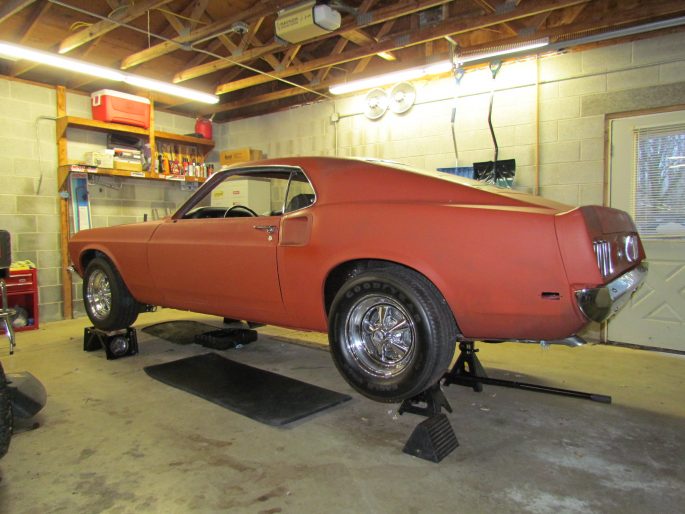 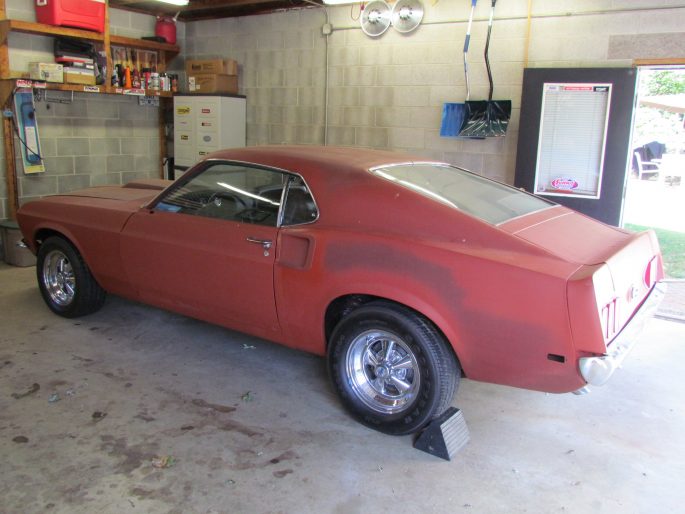 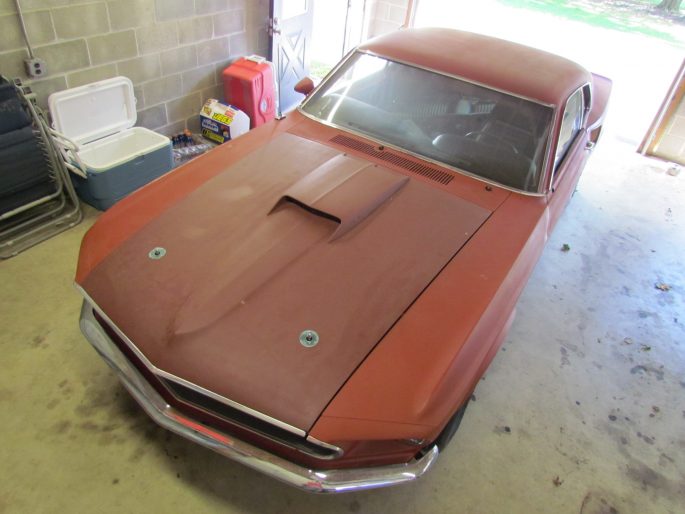 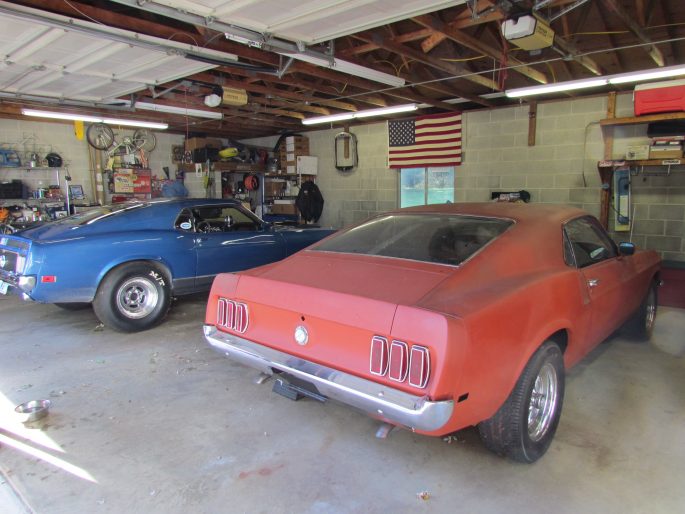 Unhinged: The eBay Fairlane Trip - What All Was Involved In Getting A 1966 Ford Home! Tim McAmis Talks Driver's Compartments: Why Do So Many People Put This Area On The Back Burner?

7 thoughts on “Introducing Project Phantom: Happiness Is Two Bad Ass Mustangs In The Garage. This Couple Has Got The Horsepower Fever Bad”