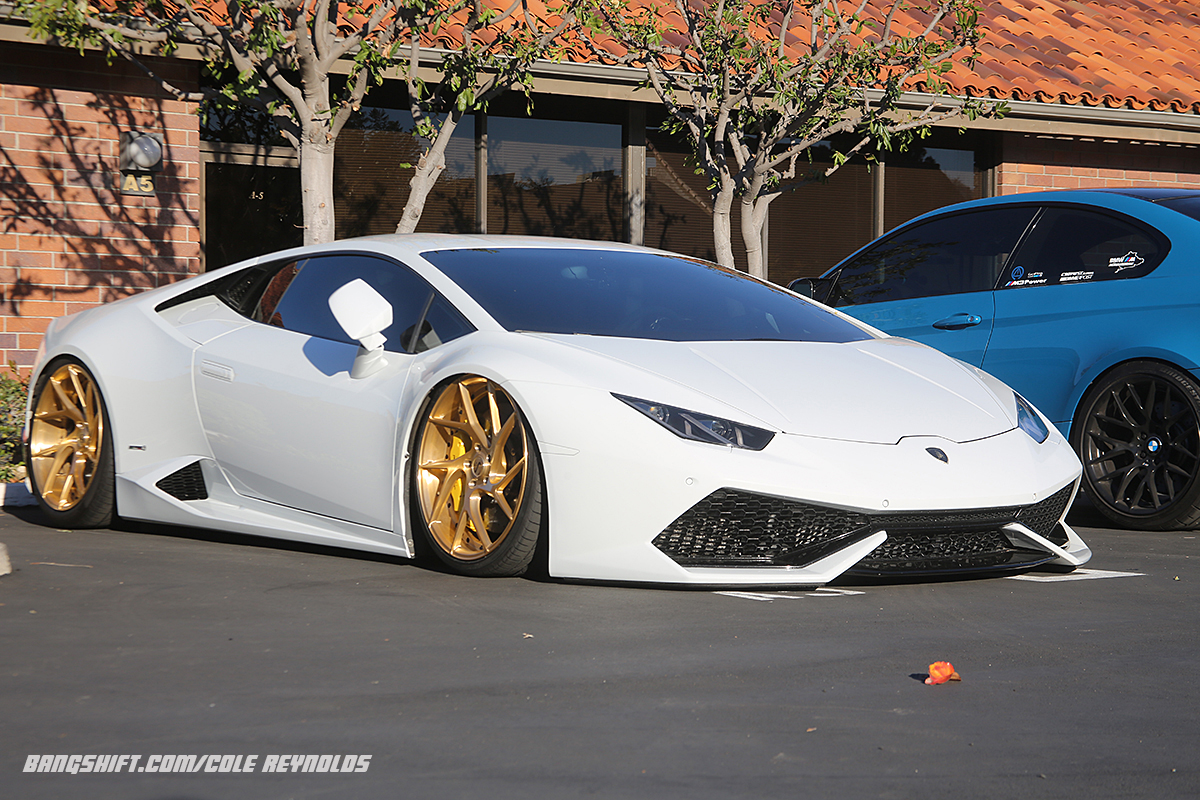 (Photos by Cole Reynolds) Here are more photos from the Tour D’ Orange! The 2019 event was awesome and was a great way to start our new year off by getting on the road in some hot rods. We’ve got photos coming each day this week from the event, and you’ll see that this cruise is all about the variety of cars that show up and everyone’s appreciation for each other’s cars.

We shared our first gallery of photos from the Tour D’ Orange in SoCal on New Year’s Day, where we cruised Ethyl, our 1966 Bel Air Station Wagon, through some cool SoCal areas on New Year’s Morning. Below you’ll find our second gallery and a link to our first. For the past few years, on New Year’s Day morning, a group of folks have been putting on a cruise through Orange County here in SoCal that has become known as Tour D’ Orange and after having a great time last year, Cole and I decided that we were going to get up with the chickens and head down there for the trip . We mentioned it to our friends Stephen and Claudia and they were in as well. Since we are getting ready to yank the engine out of Ethyl the wagon for some added power and fun, we decided we should take this last opportunity to go for a cruise, and all rode together. There were hundreds of cars on hand and we the variety was as good as last year for sure.

One of the cool things about this event, that I found a bit annoying the first time, is the fact that until a day or two before the event they don’t even announce the location for meeting. I think this is because they don’t want to be hassled by cops, permits, etc, although I have to say this was a VERY well behaved group of people participating in the cruise. We didn’t see a single burnout, and most people seemed to be honoring the spirit of the speed limit at least. Ultimately not getting the location until right before turned out to be kind of cool.

So after getting the address for the meet, and being told that the route would be handed out on site at around 8:45 am with an 9 am departure, we decided we would need to leave the house around 6:30 am. We hit the road, drove the 50 minutes to Costa Mesa and got out to check out all the cars on hand. It was typical SoCal hoodie weather clear and crisp, if not a bit windy. There were hundreds of cars in the parking lot, and they ranged from new to old, domestic to import, and everything in between. There were Lambos, McLarens, Corvettes, Mustangs, Camaros, Imports of all kinds new and old, and some familiar Pro Touring machines from the area.

The plan was for Cole to sit in the back of the wagon and shoot photos, while the rest of us had a good time just cruising. Since Santa brought Claudia a new camera, she spent her time sliding back and forth in the back seat shooting photos of her own out each back window. Meanshile, Stephen and I sat up front making fun of Cole and talking about cars. It was a good time had by all that ended with us eating a good hamburger for lunch. We had a great time cruising along, enjoying a REALLY nice route that had us going down the coast through Laguna Beach and then inland through the hills of Orange County as well. This was a fun morning for sure. The total route was only 70 miles long, but took us a couple hours as it was all city streets and the like. We definitely put on a spectacle and Cole got tons of photos of all of it.

The "WTF?" Files: This Might Be The First Time We've Seen A Dodge Truck Powered By A Ford 302 Burbling Beast: See And Hear This Massive Oshkosh Plow Truck Rumble With A 1,090ci Hall-Scott Engine