The “WTF?” Files: This Might Be The First Time We’ve Seen A Dodge Truck Powered By A Ford 302 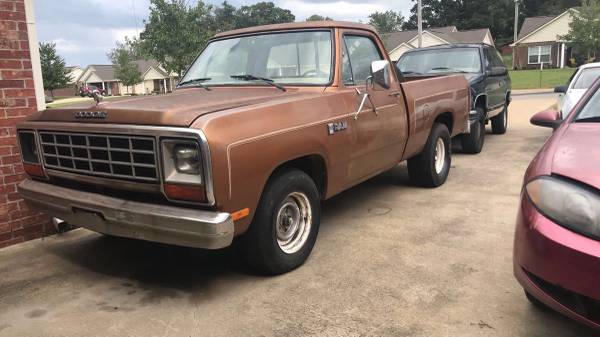 Over my time off during the holidays, I managed to get some stuff cleaned out of my garage that hasn’t really been messed with since I moved to Kentucky a few years ago. Nothing of any real importance, namely stuff from my college days, books I haven’t put up yet, and photos. Among the many photos I wasted a couple of hours sorting through were more pictures of the ’84 Dodge shortbed I owned for a few months back in 2005. I sold it off when I got orders to move from Texas to Washington State and realized that I owned one vehicle too many to make the move myself, so I flipped a coin, spared the four-speed Diplomat I owned at the time, and sold the Dodge off to a friend. I liked the truck, and I like 1972-93 Dodge trucks in general. They are nice, simple, and straightforward. If it doesn’t have rust and the interior isn’t an absolute garbage pit, you’ll be fine. You can dump in any engine Ma Mopar had to offer with no problem, from the anvil-reliable Slant Six to real-deal Elephant power, and you won’t be struggling for room. 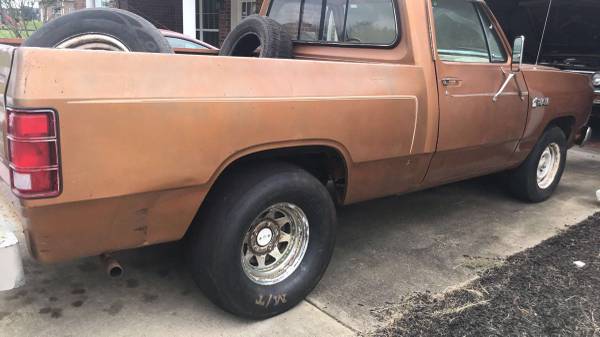 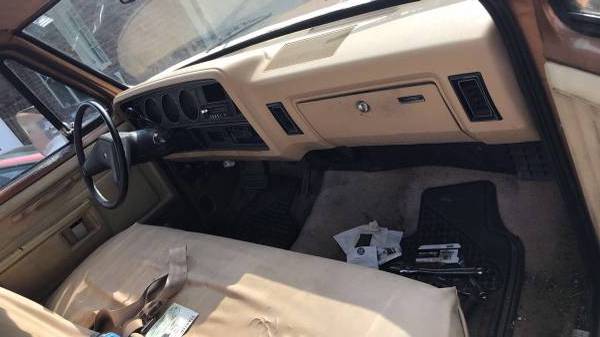 So what grabbed my attention with this brown 1986 D100? First glance reveals nothing too spectacular, just a good starting point for a project. But I saw slicks on the rear wheels…hmm, has someone built themselves a little sleeper? And why would a truck that needs slicks be selling for $1,500? It doesn’t have the nose-high stance of a roller, but either way, I was in for a second look. At $1,500 for a prepared rig, I don’t care how basic the body is, I’ve got a 400ci block in the corner of the shop doing nothing and I could find the time to start planning one hell of a build. But this Ram isn’t a roller. It’s got an engine, all right. And it’s the last freaking thing I expected to see underneath the hood. 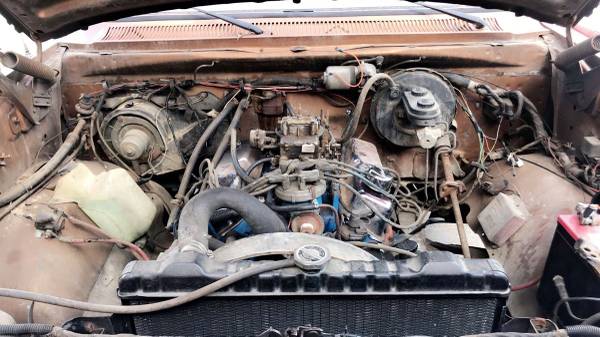 Yes, I actually spat out “WTF?!” in it’s fully typed out form the second I saw this. An LS swap wouldn’t have shocked me, but seeing a Ford 302 sitting in the engine bay of a 1980s Dodge truck was like being slapped in the face with a fish. Is a 302 a bad motor? Hell no. In a Dodge, though…wow. The only thing my brain can rationalize here is that a Ford guy took pity on an otherwise workable Dodge truck and decided to utilize a spare engine to give the D-series a kick in the ass that the stock six or 318 wouldn’t have had.

Different strokes for different folks, for sure. 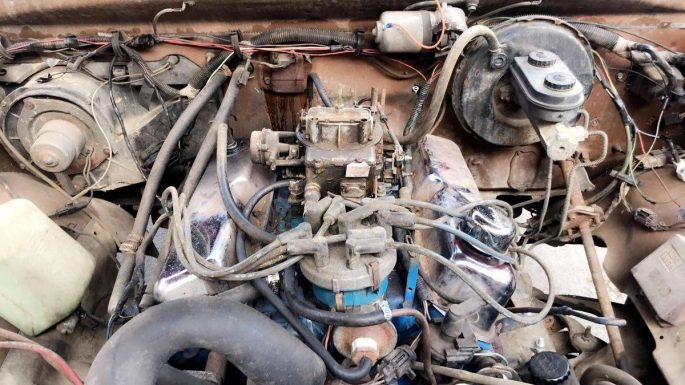 5 thoughts on “The “WTF?” Files: This Might Be The First Time We’ve Seen A Dodge Truck Powered By A Ford 302”