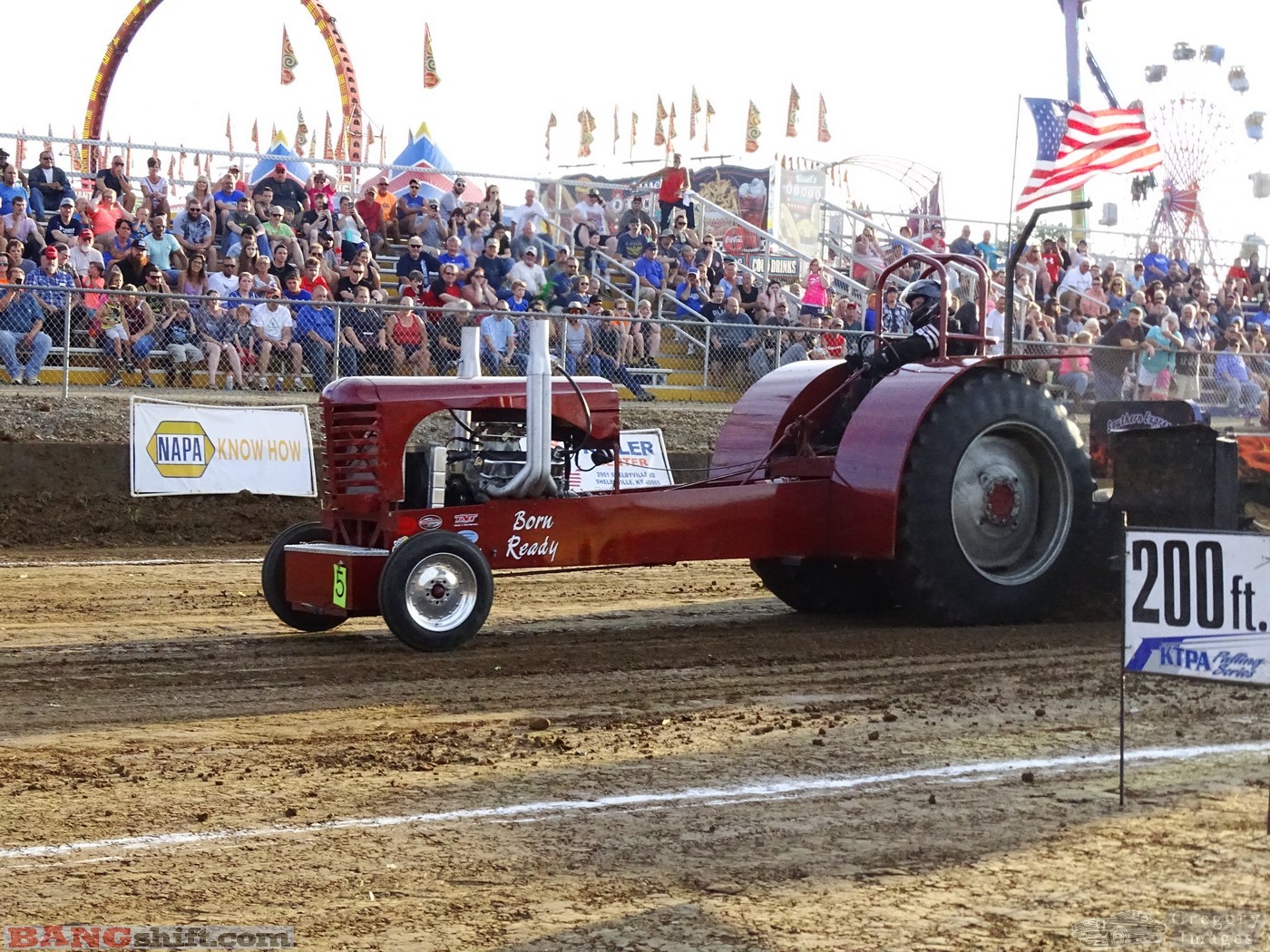 (Words and photos by Doug Gregory) – Do you want to hear one definition for ‘idiot’?  Go to a truck and tractor pull at a county fair to take photos just one week after having bladder tumors removed.  There’d be a photo of my ignorance next to that in the encyclopedia of stupid.  Normally I’d have enough photos of each class to compose an article for each.  Not only was my photo count low, but the quality sucked too.  Here I present coverage of the only event I ill-advisedly attempted for about two months.  I couldn’t get comfortable sitting, standing, leaning, or anything, but I assured my wife ‘I’ll be fine’ as I headed out the door.  On that particular evening I will admit to not being the sharpest knife in the drawer.

So four classes were contested at this show and plenty of high-caliber machinery showed up to take the hook.  The 4wd Super Modified class is pretty much my favorite though they are not the most-powerful or flashy.  At least three of these rigs have been competitively pulling for at least three decades with few visible changes.  The 2wd Super Modified class rigs are mostly newer chassis and that’s pretty much required to be in the hunt with these making more power nearly every new season.  The next class being ran is the Hot Rod Tractors which are single V-8s with pretty much everyone using a big-block Chevy.  There is much variety in chassis thinking in this class so though they may look similar I can assure you they are not.  Lastly we had the Limited Light Super Stock tractors running non-sanctioned.  These rigs are limited on turbo, rpm, and more which theoretically keeps costs down.  They are also allowed to run diesel or alcohol with most choosing the non-smoking option.  The track was hooking and even my poor photography that night captured some sky-high noses as the bite came on.  The goal with any class is to get the balance just right so that the available power can actually be used for forward movement.

Top 3 in Hot Rod tractor were:

Top 3 in 4wd Super Modified were:

Freddie Powell in Mr. Diamond T
Rileigh Funkhouser in Dewin It In The Dirt
Nathan Sewell in Valley Shaker

Top 3 in 2wd Super Modified were:

Top 3 in Limited-Light Super Stock were:

We hope you enjoyed the coverage of this pull.

A Year In Photos: David Whealon's Favorite 2018 Images (Part 2) The "WTF?" Files: This Might Be The First Time We've Seen A Dodge Truck Powered By A Ford 302