Car Hauler Rebuild And Remodel: Windows, Kitchen Design, And More! This Thing Is Going To Be Rad!

May 11, 2021Chad Reynolds1320 Tech Story, 1320 Videos, Hack of the Week, MISC, TECH, Tech Stories, VideosComments Off on Car Hauler Rebuild And Remodel: Windows, Kitchen Design, And More! This Thing Is Going To Be Rad! 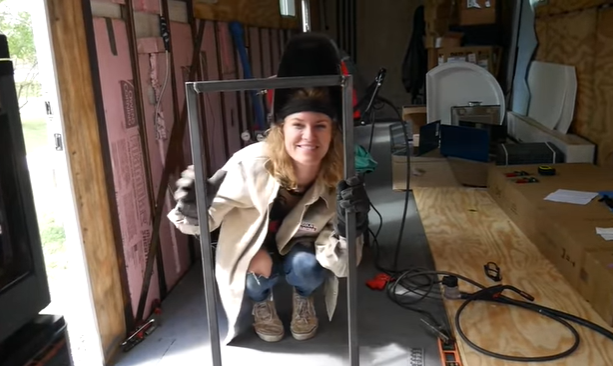 Everyone wants one of those big giant toterhomes with the huge stacker trailer and all the fancy stuff that goes along with it, but most of us have zero shot of actually being able to afford something like that. I know I’ve considered buying an older gooseneck car hauler with the intention of building a nice and efficient living space in it that would still allow me to haul a car or two to the races. Well Emily and Aaron are doing just that and if you have missed any of the previous episodes, just click the link below and you can watch from the beginning.

In this episode new parts are actually starting to go into the trailer including big new windows that will make the bedroom area super nice. There will be no doubts that everyone will be jealous of their cool digs at the races. In addition to the windows, there are also new parts coming in and the kitchen planning is turning into kitchen construction. This isn’t an ultra fancy build, but it will definitely be cool, comfy, and useful. They are putting lots of thought into how each element will be used and that’s cool to see.