Sevens On Six: This Profile Of A 7-Second Aussie Ford Falcon With A Barra Inline Six Is Great 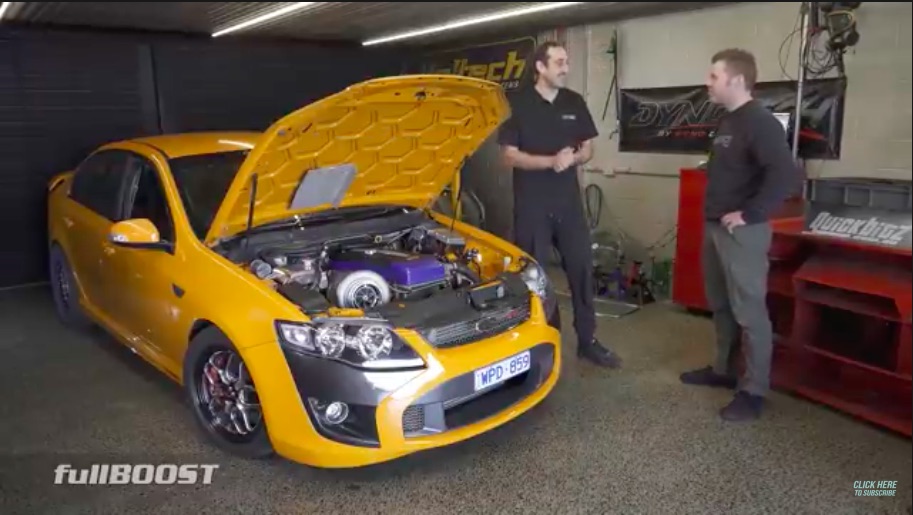 This is one heck of an awesome car. You are looking at an F6 Aussie Ford Falcon that runs in the 7s at nearly 180mph using a worked up turbocharged Barra inline six engine. The car still has independent rear suspension, a full interior, and calm enough street manners to be driven around like a normal sedan. Yeah, someone please tell us how we are not living in the golden age of horsepower access again? The most mental part of this thing is how many stock parts the engine still uses. Stuff like the crank, the head, and other major league elements are not swapped out for CNC created billet magic, instead they are present and accounted for, being force fed with a large by huge Precision turbocharger. Yes. One.

Not only is the car fast as blazes, not only does it use a load of factory parts, it is also still a fully functional four door sedan with a cage that’s expertly built to allow the rear doors to be used and the rear seat to be occupied. Hell, these guys take it for McDonald’s at one point in the video.

Perhaps the coolest part of the video isn’t the list of parts but rather the exploration of how they tune it to get down the track and what technology is being employed to get this relatively stock looking hot rod running elapsed times that are just ridiculous. This is not just a walk around naming parts. This is a full in-depth look at one of Australia’s most bad ass street cars.

Press play below to see this profile on a 7-second Aussie Ford Falcon – Nasty, nasty car!

One thought on “Sevens On Six: This Profile Of A 7-Second Aussie Ford Falcon With A Barra Inline Six Is Great”