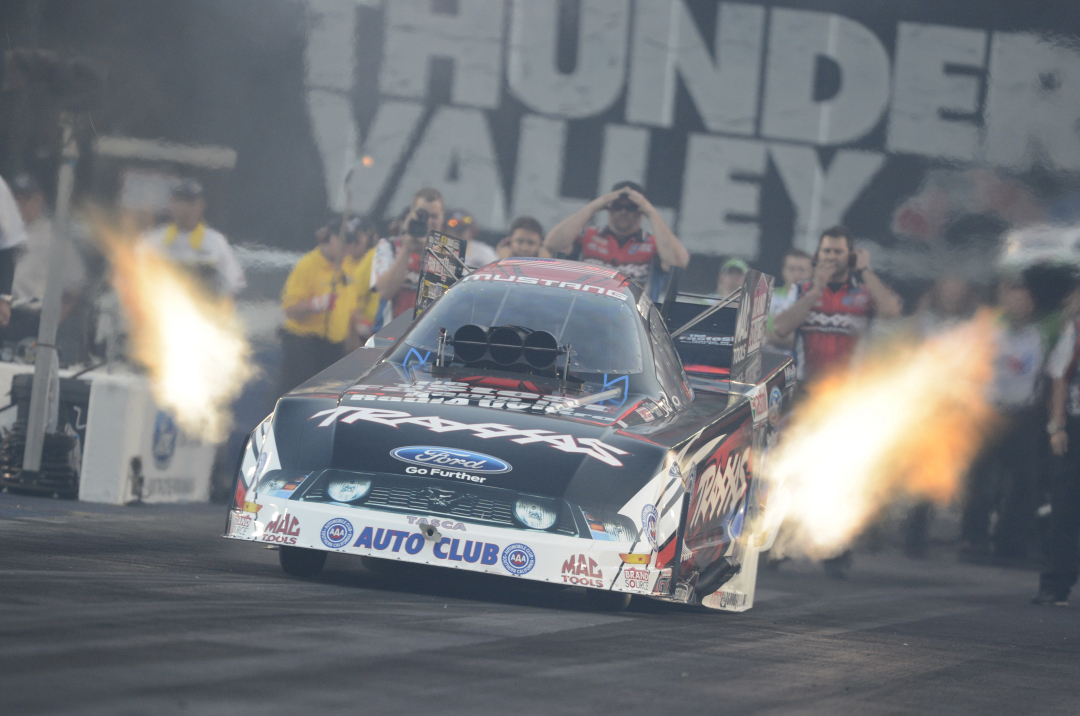 If you didn’t get quite enough drag racing over the weekend, here’s something cool for the Monday morning blues at the office.  The Strip at Las Vegas Motor Speedway is holding a Pro test session that you can watch and let run in the background while you look busy in the beige cubicle.  Tony Schumacher won in Top Fuel, Alexis DeJoria won her second event in nitro funny car and Erica Enders doubled-up winning the Pro Stock class Wally and the K&N Horsepower Challenge at Vegas, but a race team can never get enough testing time to try out new parts and combinations for world domination.

It looks like most of the Don Schumacher Racing nitro cars will be in test mode with Tony Schumacher and one of the first cars down the track was Ron Capps NAPA funny car tuned by Rahn Tobler and Antron Brown’s dragster. According to the PR department at John Force Racing, Ashley Force will also be testing in her sister’s Traxxas Mustang funny car to keep her NHRA license current.
The Total Cost Involved Engineering Autocross At The 2014 Muscle Car/Street Machine Nats Bottom Dollar Blazer Project - Episode 7: We're back