Barnstormin’: Pro Mod Is The Deep End Of The NHRA Competition Pool Now, Get Used To It 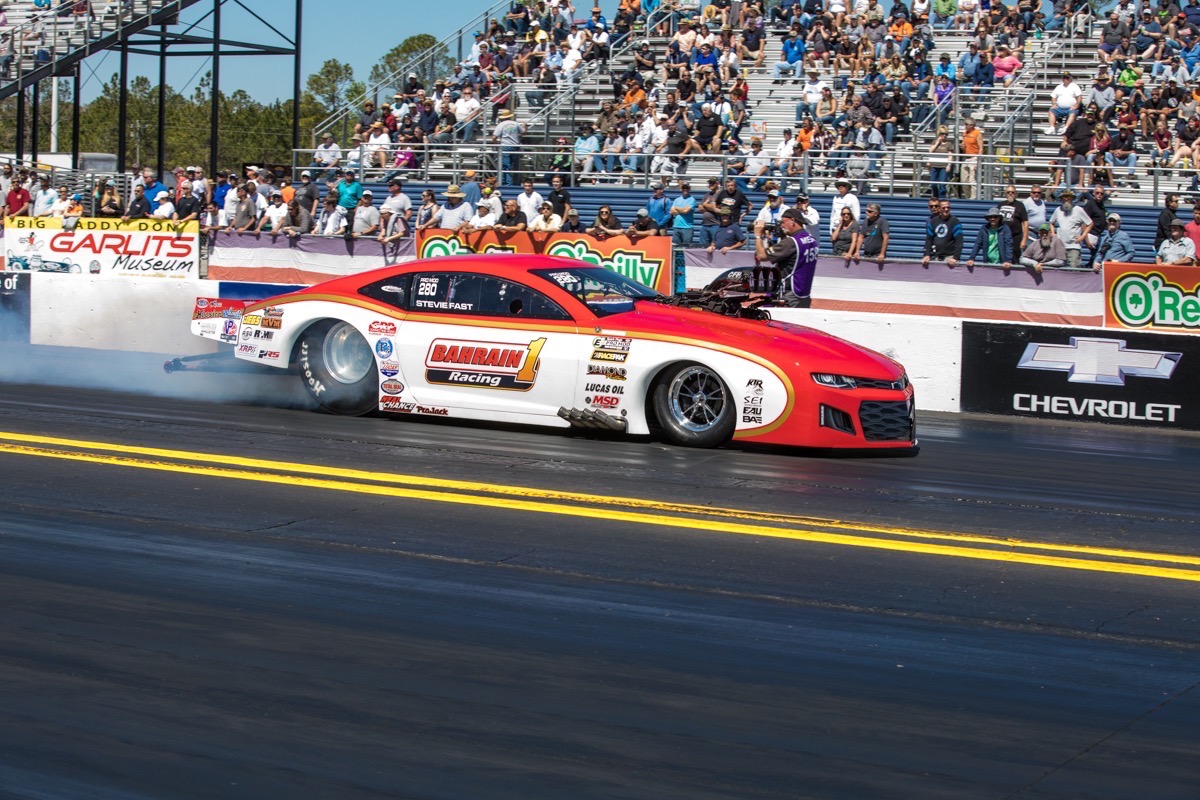 I loves me some pro mod. As a kid that grew up in the 1980s and hung on the words of the drag racing magazines that flooded into the house each month, pro mod was this weird and wonderful thing that was born in the south and seemed about as wild and crazy as anything that had come down the drag racing pipe. As it turns out it was and today it has advanced to the biggest leagues of the sport. It has done so on the sweat, blood, and twisted chassis of generations before just the way other classes have evolved.

That being said the performance evolution of pro modified has been virtually vertical over the last few years and in my opinion the (now) E3 Spark Plugs NHRA Pro Mod Series presented by J&A Service has been a massive driving force in that.

I am writing this after coming off of what was an epic weekend of pro mod racing at the 2018 Amalie Oil NHRA Gatornationals where nearly three dozen cars were on the properly trying to punch into 16 spots. It was the type of situation that you hear the old guys talk about back in the day with top fuel and funny car. There was not a weak runner in the bunch. The Gainesville surface proved tricky and qualifying, now four sessions worth, was as vicious and crazy as anything I can remember in the two decades I have calling races in this sport. It gets harder every year and yet more and more cars are trying to jump into the series. Why?

It’s deadly simple. Since the first day this sport existed, drag racers have sought out the hardest and toughest competition they could find to see who was best. The same thing happens today. This isn’t about being part of the cool kid club or doing it for the sake of appearances. This is to prove that you’re one of the meanest, most well-tuned, hardest running cars in the world.

Even more crazy is the fact that the NHRA pro mod series is one of the last bastions of quarter mile pro mod racing. There are some regional series out there but the reality is that the vast majority of pro mod racing being done in this country is being done on the eighth mile. In taking nothing away from those racers, let’s just admit something factual. Quarter mile racing is harder. At the most basic level it is harder on parts. Don’t believe me? Ask those racers who have made the transition over from eighth mile to quarter mile competition. Mess up the fuel situation on a blower car in the back half and you’ll have a Chernobyl like situation on your hands. The same goes for a turbo or nitrous car as well. While these cars do not run nitro, running them as hard as they will go through the last 660’ is tough, tough stuff.

I witnessed what I thought was the peak of pro mod during the years I spent with the IHRA. I witnessed about as many cars show up for those events as show up for our NHRA events and figured it could get no better. Back then of the 40 cars showing up maybe 10 had a chance to win. 20 were cannon fodder and 10 were capable of an upset if all things were perfect. I had no idea what was to come a decade in the future.

Some of the greatest names who have ever been in this sport are now wholly invested in pro modified. Frank Manzo, Rickie Smith, and Pat Musi to name a few. Guys who have innovated in the fields of blown alcohol racing, door slammer racing in general, and a guy who has brought more to the realm of big inch nitrous motors over the last few years than perhaps anyone. This is no longer a class of men and women who are still trying to “figure it out”. It’s as big and bad as anything else on the grounds of the events they participate at. The truly interesting thing is that you can ask those three or any other driver, crew chief, crew person, or car owner out there and they will tell you to a man or woman that winning in pro mod is among the hardest things or the hardest thing they have done in racing. You need to have the guns loaded on every qualifying and eliminations pass. Or else.

Those of you who have followed this class since it’s true birth in 1990, its initial appearance in the world of NHRA drag racing in 2000, and its growth into a 12 race series with as a four round Sunday eliminator with as many qualifying opportunities as the other major competition classes have to be smiling. I know that I am. But here’s the weirdest part. I don’t think we’ve hit “peak pro mod” yet. I know of at least a half dozen really strong racers that want to fight for a way in. I know of at least three professional level competitors that are planning on building cars for the series and competing. Why? Because they know how hard it is. These people are well aware that they’re angling to jump into a piranha tank with bacon flavored swimming trunks on but that’s the state of affairs these days.

The remnants of Shuffletown Dragway are just down the road from zMax Dragway in Concord, North Carolina. It is one of the places the class was born on humid Saturday nights back in the late 1980s. Shuffletown is being swallowed up by nature and the pro mod class has become a force of nature in the drag racing world. How ironic is that? The cars today are a long way from the overpowered, underchassied machines that competed at Shuffletown and while some may lament that fact, I think it rules. Pro Mod is on the big stage and they’ve earned every inch of it, one crazed run at a time. 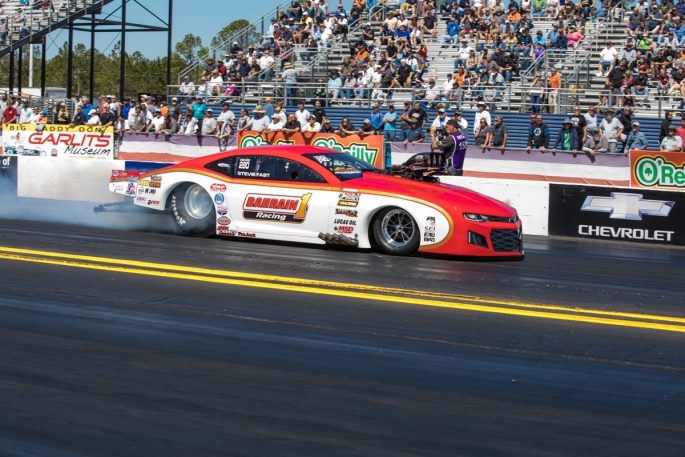 17 thoughts on “Barnstormin’: Pro Mod Is The Deep End Of The NHRA Competition Pool Now, Get Used To It”