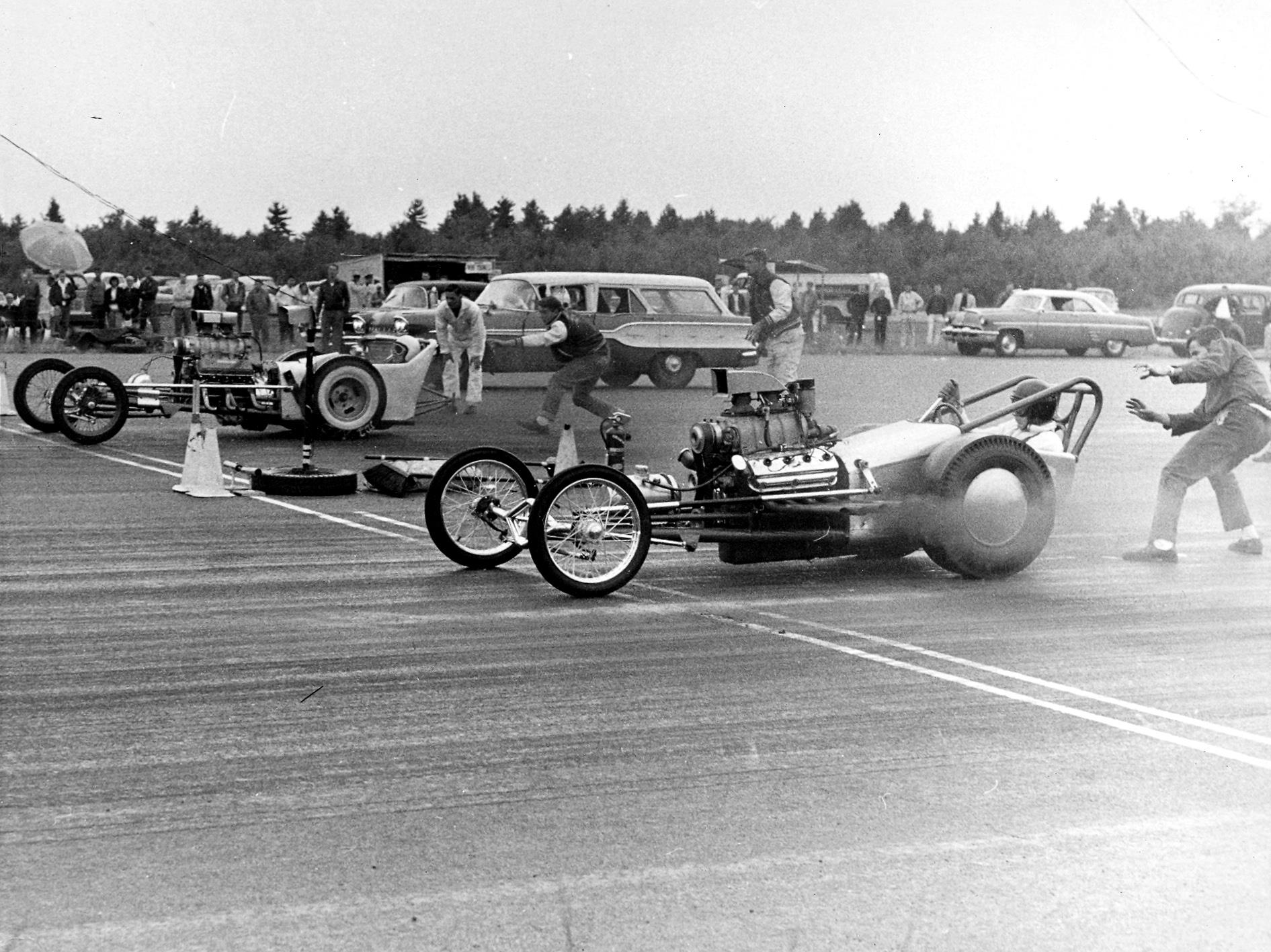 (Photos from Sy Sidebotham Collection Via Bruce Wheeler) – (Editor’s note: Yesterday we ran an old drag racing movie from Sanford, Maine that was shot in the late 1950s. After seeing the video, noted 1960s top fuel racer Bruce Wheeler contacted us and let us know he had a treasure trove of killer photos from the strip that were part of the collection of the late Eldon “Sy” Sidebotham. I knew Sy before he died and the man was a big part of drag racing’s establishment and growth in New England, specifically New England Dragway. Wheeler served as the starter/flagman at Sanford in the years after these photos were shot which eventually led him deep into the sport to the point that he campaigned the “Wheeler Dealer” top fuel dragster. Now living as far away from Maine as is human possible in America, Wheeler enjoys life in Hawaii these days. A personal thanks for his permission to use these photos. We’ll use Bruce’s words below to introduce them.) –

These are photos from the collection of the late Eldon “Sy” Sidebotham. Sy was an active member of the New England Hot Rod Council, the organization that first began running drags at the Sanford, Maine airport (on July 8, 1955). A number of pictures in the album are of cars Sy was personally involved with. (Sy’s mother, the late Eleanor “Ma” Sidebotham was the proverbial “den mother” of New England racers for a good many years.) No photo by credit was provided for any of these shots, but my thanks goes out “on the wind” to all of those early “shooters” who captured these wonderful images.

HIT THE LINK BELOW TO SEE AN AWESOME COLLECTION OF VINTAGE SANFORD, MAINE DRAG RACING PHOTOS – 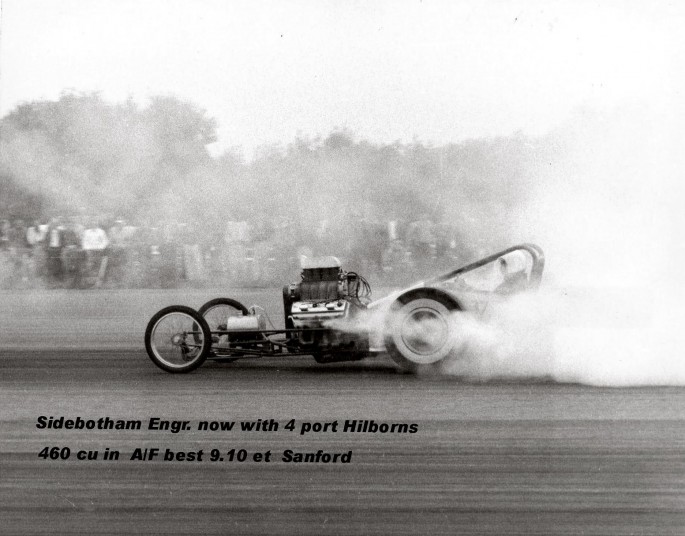 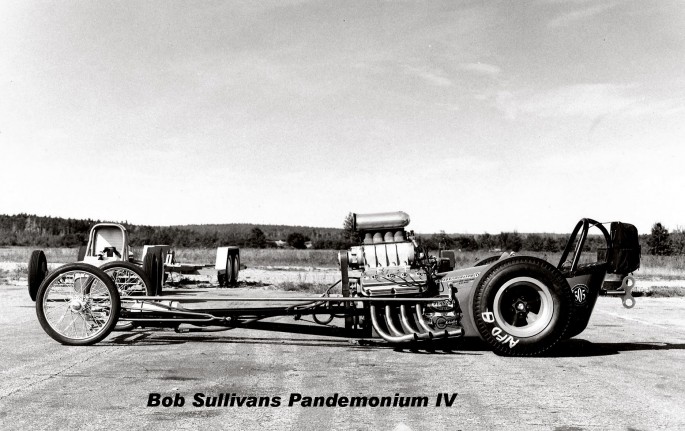 One thought on “Bitchin’ Historic Drag Racing Photos From The Golden Age Of Action At Sanford, Maine”