Watch This Racer Suffer A Transmission Explosion From Inside The Car 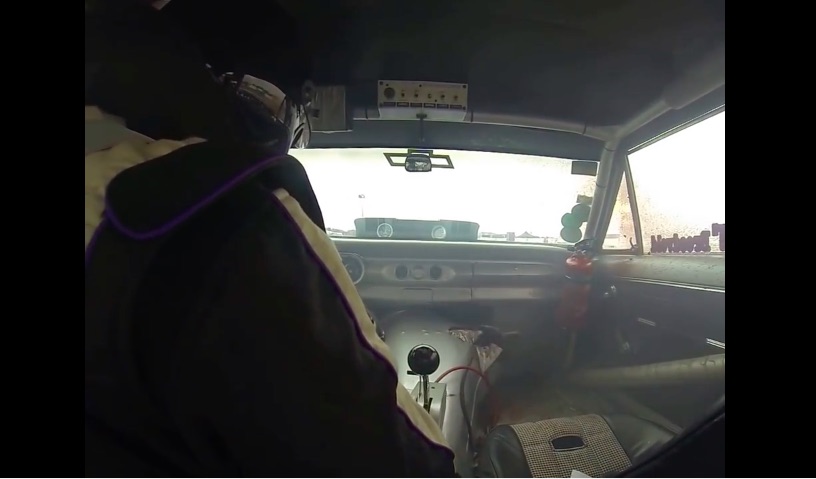 It does not matter where you are racing or what you are racing, things can go bad in an instant. This video is a graphic example of what can happen when a transmission fails and fails big time on the starting line. The racer in question is supremely lucky that he still has feet, did not suffer broken ankles, or get hit with shrapnel that entered the cockpit of his car through the transmission tunnel. Thankfully all the stuff that blew a gaping hole in his car shot toward the passenger side and not the driver’s side of the Nova. The bomb below your floor can go off at any time and while we cannot say for sure what safety equipment this racer was running, he avoided disaster by a happy accident of physics.

There have been some photos going around the internet lately featuring a truck that threw the entire torque converter and flex plate straight up though the floor and through the windshield of the S10. He also escaped unscathed but his truck did not. The damage was catastrophic and we’re guessing the scene below the floor of this Nova is not a while lot of fun to look at either.

Bottom line? PLEASE run the good stuff in terms of safety equipment when it comes to the parts of your car that are spinning at huge RPM and could fail spectacularly. We’re thinking that this racer upgraded all of his stuff when he put his car back together after this mess. There are a million ways that this could have gone worse, we’re glad it did not.

The Bomb Below Your Floor: Watch A Trans explosion from inside this race car –