Great Vintage Drag Footage From Cecil County Dragway, All The Legends Battling it Out 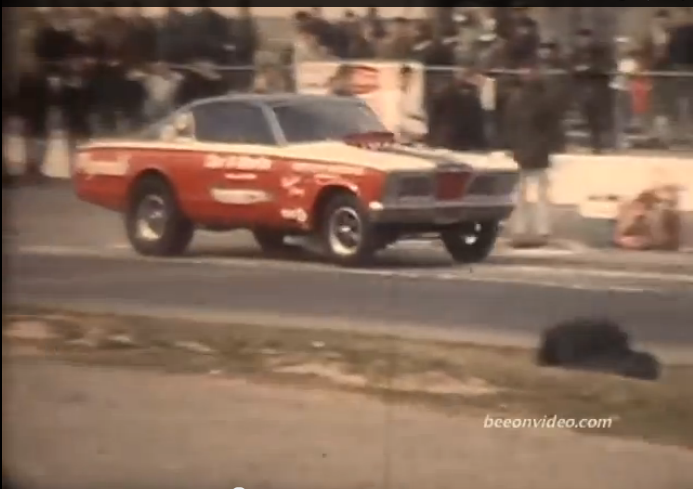 Cecil County Dragway in Rising Sun, Maryland first held drag races in 1963. Since then the track has become one of the most active drag plants in the mid-Atlantic region and plays host of a lot of neat events, including the YellowBullet.com Nationals. It is currently operated by nitrous Pro Mod maven Jim Halsey. We were tipped off to some awesome footage from early in the track’s history that shows all the big guns of the 1960s hammering on each other down the strip.

Jim Amos of Bee-On video has the full length version of the film for sale and having seen Jim’s work on multiple occasions, we can tell you this teaser is only a little taste of the full product.

We really dig the fact that the movie opens up with Malcom Durham’s car (and Malcom himself) in the pits. Durham was a pioneering black drag racer in the 1960s and despite being relatively soft spoken he picked up the nickname, “The D.C Lip”. Durnham’s performances on the strip could backup any talking that was done off of it. History proves that.

Also of note in the video is rare footage of the Eliminator 1 Mercury flip-top funny car, one of the first in existence. Your eyes are not lying, there isn’t a hood scoop. Around three minutes in you’ll see the “Mystery 9” Mustang from Tasca Ford. The numeric designation on Tasca’s cars always represented the time bracket the cars ran in. That was a 9-second machine in the day, and that was a full-on killer. Across the back is painted, “Suivez Moi!”. That means, “Follow Me!” in English. “Big Bob” Tasca was not a man known for being subtle with his racing efforts. Oh, and around four minutes, there is epic carnage.

Thanks for the tip 64Falconsix

Restoration Video: Watch A Hand Crank 1890s Blacksmith Forge Get Restored To Brand New Condition! Diesel Tech Video: How Much Power Is There In A Cylinder Head and Camshaft Swap On A Classic 12-Valve?

One thought on “Great Vintage Drag Footage From Cecil County Dragway, All The Legends Battling it Out”