Tuna Boat: This 1982 Review Of The Ford Granada Station Wagon Shows One Of The Mushiest Suspensions Detroit Every Shipped Out! 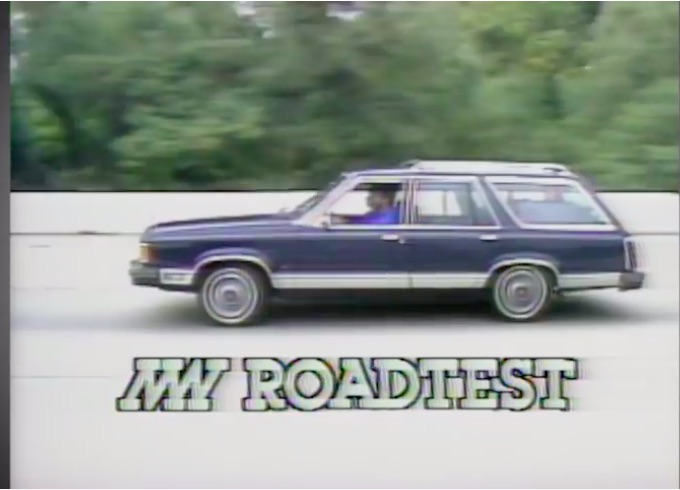 If you were ballin’ on a budget back in 1982 and you needed a station wagon, the Ford Granada was aimed at you. Car makers still chase this “affordable luxury” idea today and we’d argue that they deliver on it better than they did nearly 40 years ago, but that’s not the point of this look back. The point of this is to understand what “handling” was understood to be in 1982 and how this car, after you watch it will likely require you to consume motion sickness medication.

The 3.8L Ford Granada wagon was a slug. The car was so slow these guys did not even release 0-60 times or quarter mile times. The “passing” test took more than 7-seconds to accelerate from 50-70 which is basically death on the highway when you swing out to get around someone and have to get the job done quick to avoid on-coming traffic. Not great.

One of the numbers that stuck out to us because it’s a small number now but a large number back then was the weight of the car. “Nearly 3,300lbs” we here John say. A freaking Challenger Hellcat outweighs a Granada wagon by nearly 1,000lbs! The car, although filled with enough “plastic wood” to offend reviewers looks like it would be hell to be stuck in on a summer road trip. That plush interior would be nasty in 90-degree temps.

The biggest thing that made us laugh here was the car’s suspension. It’s like this thing was shipped from the factory with springs and no shocks. Hell, after the braking test you can run a stop watch for multiple seconds as the car kind of jiggles and bounces after stopping! The list the handling as good and do so with a straight face was we watch the wagon try to body roll the rockers into the ground. Truly a softie if there ever was one.

Yes kids, these are the good old days…no matter where you look.

Slow Motion Torque! Check Out This Radical Footage From The Great Lakes Big Rig Challenge Watch This Racer Suffer A Transmission Explosion From Inside The Car

One thought on “Tuna Boat: This 1982 Review Of The Ford Granada Station Wagon Shows One Of The Mushiest Suspensions Detroit Every Shipped Out!”