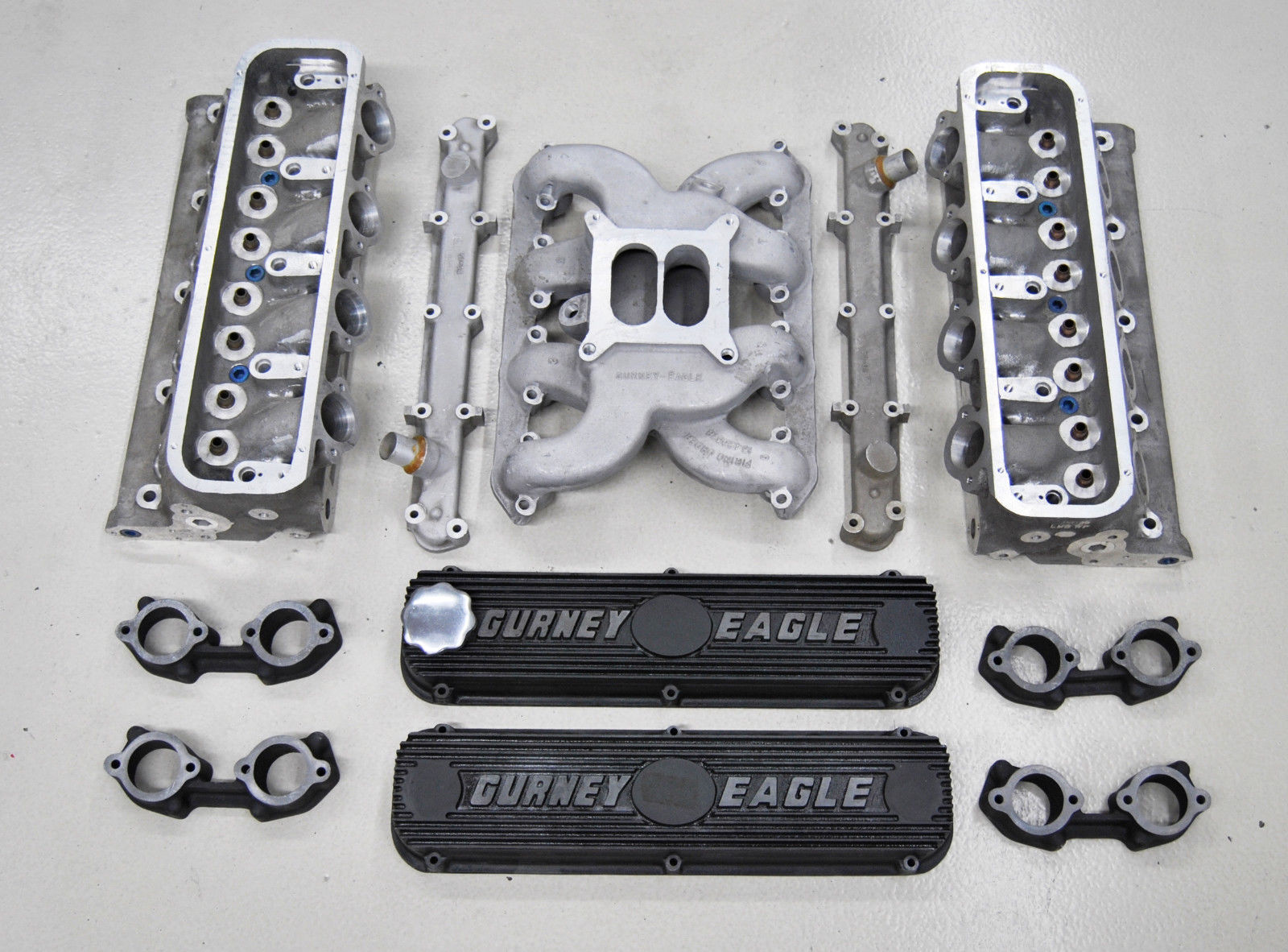 We know, we know. Modern heads make more power. Modern heads move more air. Modern heads have decades and decades of development behind them. All thats fine but there ain’t a modern head that will make your stuff look as cool as having a Gurney-Westlake unit on top of your small block Ford, and frankly these things will make power. There are loads of guys out there who have made 450-500hp with these cylinder heads and depending on what you are driving around in, that’s a freaking blast.

For their day, there was not a better head you could stick on the small block Ford engine. These were sorted out at the race track and refined over the years. We’re pretty sure these are the MkIV generation of heads as they have the dual plane intake manifold with them and they say GURNEY EAGLE on the valve covers. Tough to find, espeically in the claimed never run condition that these are in, the want level has to be high for Ford enthusiasts.

There were downsides to these and the fact that they were made 50+ years ago when casting technology was not as good as it is today can be troublesome. There were cracking issues with some Gurney-Weslake heads but as best we can tell those were mostly on engines being driven hard in competition.

The downside of this sale is that there is no valve train parts with the heads. We’re not familiar enough with these pieces to know if they need specific parts and pieces in terms of rocker arms and stuff but we’d be willing to bet that the Jesel’s of the world, the COMP Cams of the world or another manufacturer could help you with that problem lickety-split.

Neat hunks of aluminum that would make your Ford the belle of the hot rodding ball at any car show or cruise night! 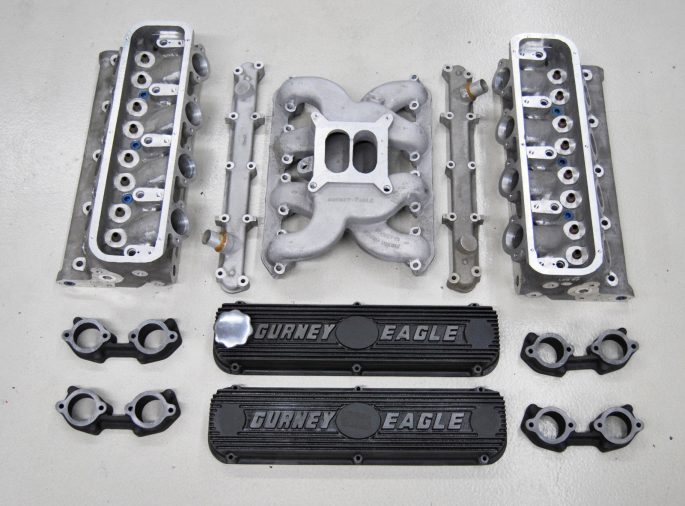 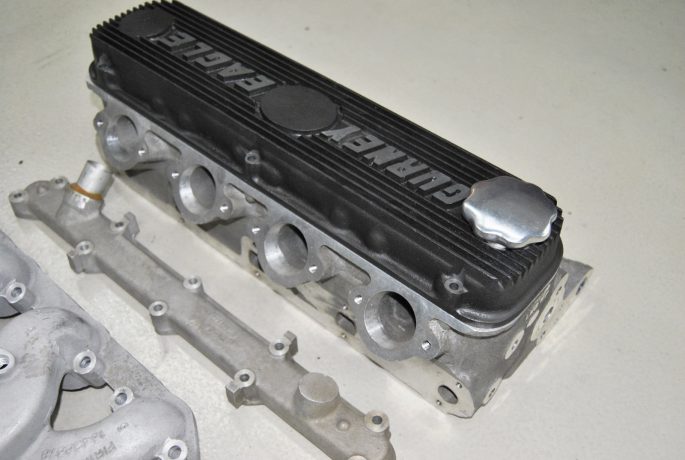 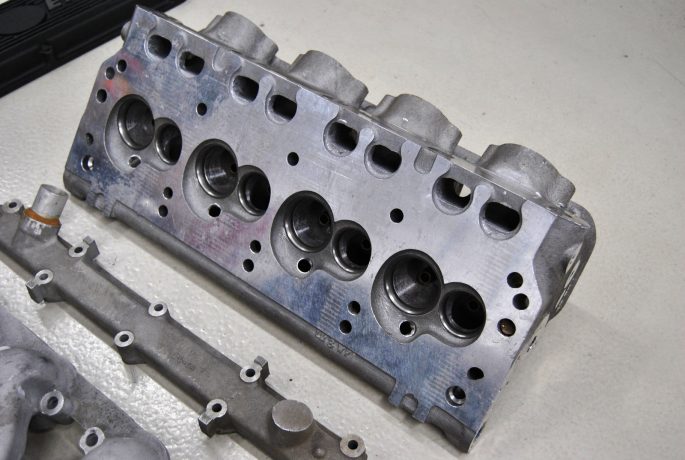 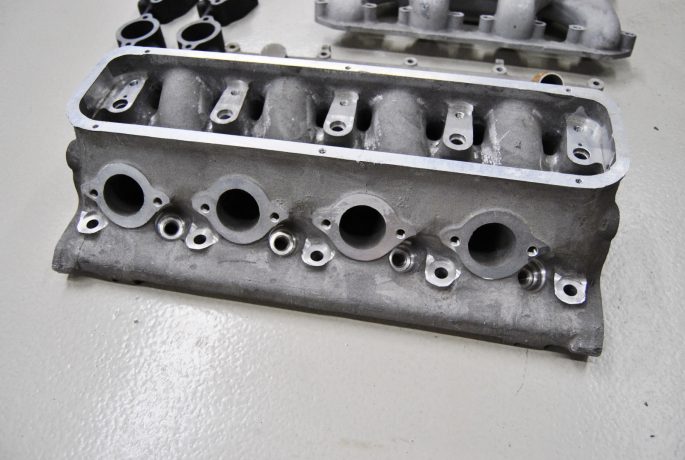 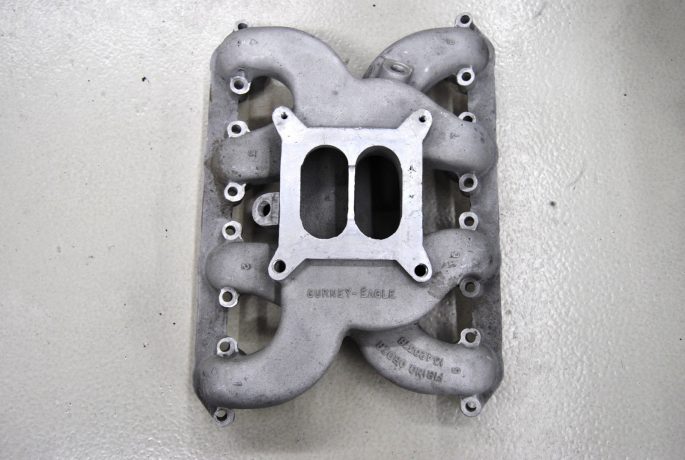 Rough Start: This 1963 Chrysler Newport Is Unrealistically Clean! The Long-Term Project: This 1977 Pontiac Grand Prix Has Quite The Story Under It's Faded Paint!

4 thoughts on “Want To Build The Coolest Small Block Ford You Can? Buy This Gurney-Weslake Top End Package – Vintage Power!”